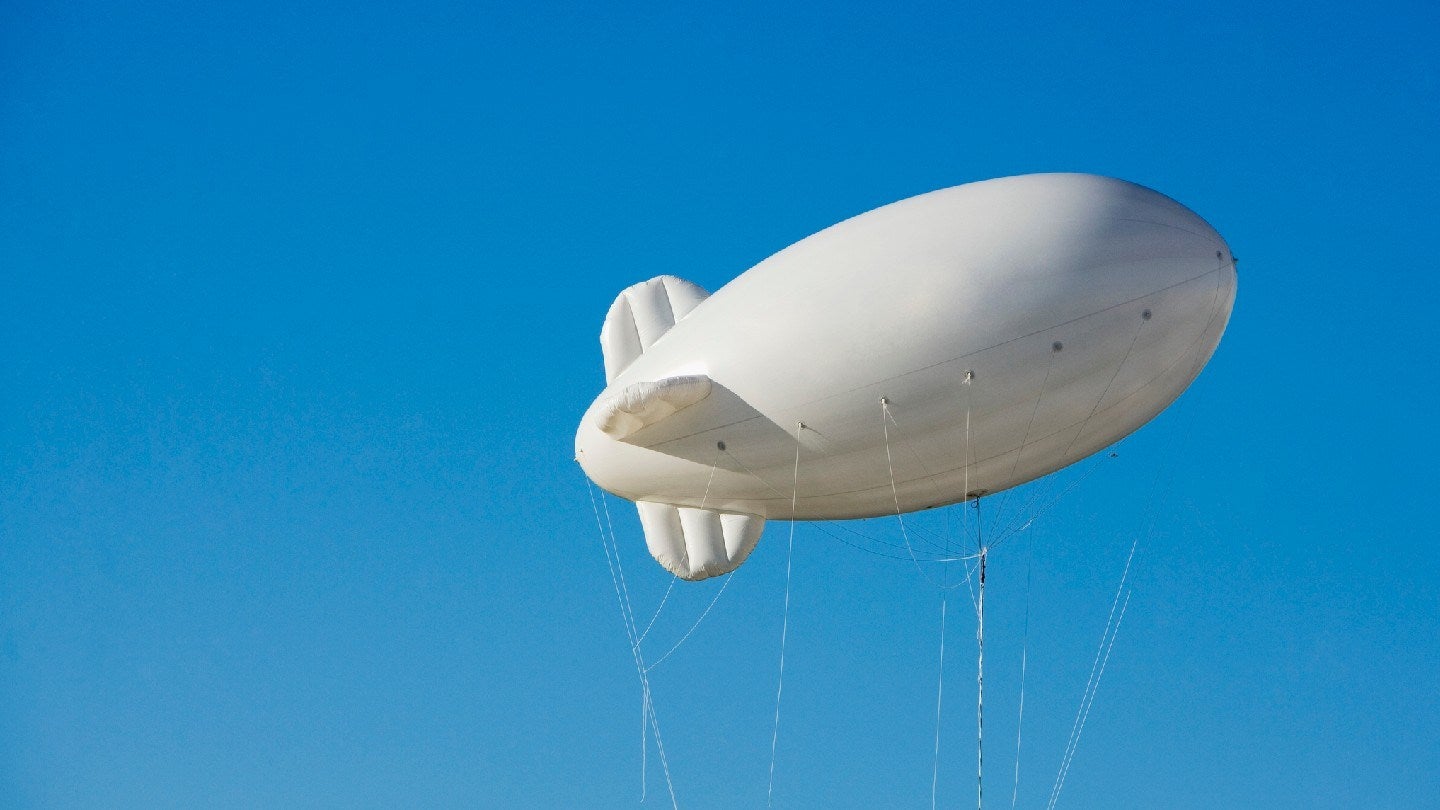 From glass fibers to Earth-orbiting satellites, it seems like the broadband industry has discovered just about every way to deliver internet access. However, we can now consider broadband-by-blimp the next big thing in rural connectivity.

Thanks to RTO Wireless, 10 counties in rural Indiana will receive the first broadband internet connection via blimp, or aerostat, in the U.S. The blimp will be deployed from an RTO Wireless Aerosite base and will boost connectivity for Internet of Things technology in the region.

What is aerostat internet?

“The RTO AeroSite™ is perfectly suited for rapidly providing thousands of square miles of wireless coverage, enabling many emerging technologies and applications for these industries as well as rural broadband, remote learning, and telehealth solutions,” said Steve Hubbard, CEO of RTO Wireless, in an August 2020 press release.

The balloon-borne radar system is pilotless and will also contain a LoRaWAN gateway for better and more reliable coverage throughout the area.

The 10 counties are represented by the Wabash Heartland Innovation Network (WHIN), which hopes to grow overall precision agriculture and advanced manufacturing from its efforts.

According to WHIN, “The gateways will allow for millions of messages per day to flow through from sensors in agricultural fields and manufacturing facilities, informing decisions that affect the bottom line by reducing costs, increasing the speed of operations and making operations more efficient.”

Residents of the participating WHIN counties will utilize the blimp for commercial broadband purposes for the first time and “will work with multiple providers,” according to Jason Whittenhouse, the VP of Strategy & Design at WHIN. The telecommunications equipment inside the blimp, which will be suspended about 1,500 to 2,500 feet in the air, will boast a better line of sight than terrestrial towers.

The technological use of aerostats has been around for a few decades. First designed by the U.S. Air Force in 1980, U.S. Customs and Border Protection now operates eight unmanned Tethered Aerostat Radar System (TARS) sites. Also, the U.S. military typically uses aerostats to stay in communication after natural disasters.

“WHIN’s dedication to the advancement of the region was pivotal in RTO’s decision to establish an AeroSite™ Technologies team and lease a hangar in West Lafayette,” Hubbard stated.

RTO has experience with aerostats as it operates the first commercial deployment of an aerostat for wireless coverage and supports AT&T’s FirstNet One Aerostat deployments under its Network Disaster Recovery unit.

Once successful deployment and connectivity arrive across the region, we can only hope blimps are one of the ways forward to closing the digital divide and connecting students, workers and teachers in underserved areas.