T-Mobile is a flat $50/mo. with taxes included and no price hikes or hidden fees. And while its download speeds aren’t as consistently high as many cable or fiber internet plans, they’re still a huge step up from what many rural households are getting. 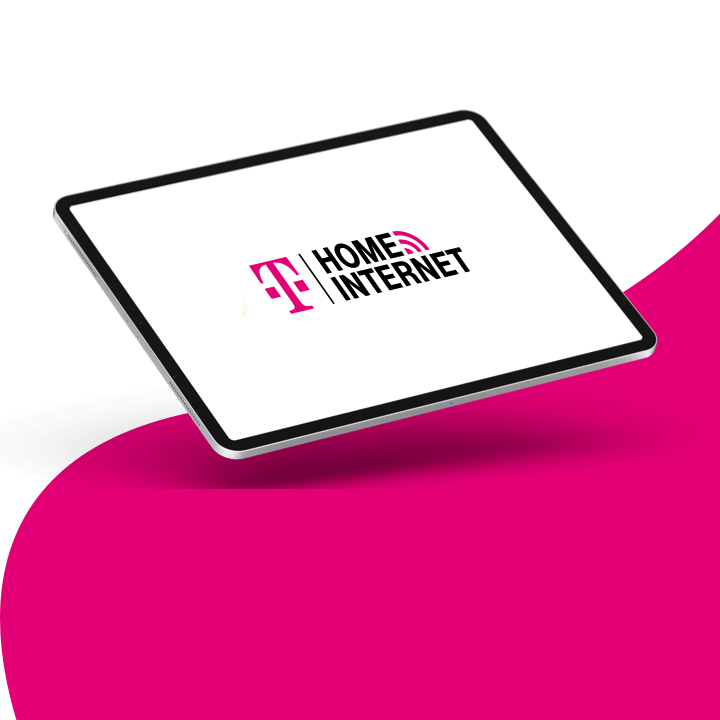 T-Mobile’s 5G Home Internet service is one of the most affordable internet plans available at just $50/mo. with AutoPay, with taxes included and no price hikes or fees. Speeds are more erratic than traditional broadband connections, but it should be plenty for most households.

One of the biggest draws of T-Mobile’s 5G Home Internet service is its simplistic pricing. While most internet providers include a slew of hidden fees that make your first bill a surprise no matter what, T-Mobile’s plan is appealingly inclusive: $50/mo., all taxes and fees included. (Well, almost — that price does include a $10/mo. autopay discount.) What’s more, your price won’t ever go up. T-Mobile locks you into whatever you’re paying when you sign up.

*With AutoPay. Regularly $60/mo. That’s a savings of $10/mo. via bill credits for the life of your new Home Internet line.

T-Mobile sent me its Wi-Fi Gateway device soon after it launched in early April 2021, and I began testing it soon after. In addition to running dozens of speed tests every day, I logged onto Zoom meetings, streamed live TV and connected my smart home devices — in short, everything I’d normally use the internet for.

There were a couple bumpy moments. Two Zoom meetings glitched bad enough that I had to frantically switch back to my cable internet connection after it started — something that’s never happened with my cable internet. But aside from those two hiccups, I had no issues over the course of my three weeks testing the service.

Major caveat: I live alone and don’t do a ton of bandwidth-intensive activities like online gaming and 4K streaming. T-Mobile’s Home Internet was enough speed for me, but if you’ll have a few people using the internet at once, it might not cut it.

Download speed varied wildly, but it was usually enough

T-Mobile’s 5G Home Internet service is unique in that it only offers one plan, and it doesn’t promise any specific speeds. On its site, T-Mobile says that it “anticipates” download speeds over 100 Mbps for some customers, but no household should see anything below 25 Mbps consistently.

This was largely true. Over our three weeks of testing, I only saw download speeds dip below that 25 Mbps threshold a few times, and the lowest download speed I recorded was 19.5 Mbps.

Overall, the T-Mobile home internet speed was more up and down than my Xfinity cable internet connection. I recorded download speeds between 19.5 Mbps and 135 Mbps with T-Mobile, while Xfinity stayed between 41 and 119 Mbps. Xfinity’s speeds were a lot more consistent, usually hovering around 115 Mbps, while T-Mobile’s often jumped up or down by 40 Mbps every half hour.

Here’s what a T-Mobile rep told me about these fluctuations: “Speeds may vary depending on location, signal strength and availability, time of day, and other factors, so, unlike your cable internet service, you may get different speed test results across tests.”

My experience shouldn’t be taken as universal, but wireless internet is more susceptible to these external factors, so it’s worth taking into account if you have consistently high bandwidth needs.

While download speeds were all over the map, T-Mobile’s upload speeds were consistently great. They averaged 54 Mbps over my three weeks of testing — 10 times higher than what I was getting with my cable internet in the same period. If you’re going to be uploading data from multiple devices at once, T-Mobile might be worth the price of admission for that alone.

The ping rate for T-Mobile 5G Home Internet averaged around 30 ms — a serviceable number, but higher than the 12 ms I got from my cable internet. That said, some gamers have reported worse experiences in T-Mobile forums. Again, your experience will likely depend on how close you are to one of T-Mobile’s cell towers.

Unlike a lot of fixed wireless providers, T-Mobile internet doesn’t have any data caps on its plan. The company also says it won’t be throttling service after you reach a certain amount of data, so you shouldn’t have to worry about watching your usage.

T-Mobile’s Gateway device took about 10 minutes to set up, and was extremely simple. This is one of the biggest appeals of T-Mobile internet compared to a traditional provider: You won’t have to worry about scheduling an appointment with a technician or expensive installation fees.

The Gateway device is a gray cylinder about 8.5 inches tall with a small touchscreen on the top. It has two LAN ports, a USB-C port, a power jack, a port for UPS devices and an RJ-11 port for landline telephones. Oddly, T-Mobile says the UPS and RJ-11 ports don’t actually work. To set up internet, you just download the app on your phone and it walks you through the creation of your Wi-Fi network.

One complaint about the T-Mobile Wi-Fi Gateway is that it lacks some of the advanced features you’ll find on many higher end wireless routers. You can choose between 2.4GHz and 5GHz networks, but there are no clear parental controls, port forwarding or VPN options. That said, you are able to disconnect devices from the Gateway, and even schedule them to disconnect automatically at certain times.

You can’t take it on the go

The T-Mobile Gateway has a 5,000 mAh battery, which might lead you to believe it’s designed for mobile use. But unfortunately, Wi-Fi and Ethernet are disabled while using the battery.

Here’s what a T-Mobile rep told us: “The gateway may be used on battery power during setup to help you find a location with the best signal strength, but it is not designed to support a Wi-Fi or Ethernet connection on battery power only.”

It is still much easier to move around than a traditional modem/router combo. If you’re going to be working in another room of the house, for example, you can simply unplug the power adapter and take it wherever you need.

T-Mobile Home Internet vs. the competition

T-Mobile home internet is generally cheaper than plans from competitors than provide similar speeds, although T-Mobile internet speed varies greatly by location. When comparing prices below, keep in mind that T-Mobile internet includes all taxes and fees in its price. In most cases, you can expect to pay around $10-15 more per month than what’s listed from most providers for equipment fees and taxes.

*With AutoPay. Regularly $60/mo. That’s a savings of $10/mo. via bill credits for the life of your new Home Internet line.
Pricing per month plus taxes for length of contract. Additional fees and terms may apply. Pricing varies by location and availability. All prices subject to change at any time. May or may not be available based on service address. As of 10/08/21.
**Wireless speeds may vary.

You won’t be able to bundle TV and internet service with T-Mobile, but it is currently partnering with YouTube TV to get you $10 off the live TV streaming service each month for as long as you’re a T-Mobile subscriber. You’ll get more than 85 channels with YouTube TV, including almost all of the popular news, sports and entertainment networks. But if you’d rather keep TV and internet all under one bill, you might be better off with a more traditional provider.

There is one streaming service you won’t be able to use with T-Mobile’s home internet plan: Hulu + Live TV. The on-demand version of Hulu still works, but not Hulu + Live TV. There’s no word from T-Mobile or Hulu on when this might change.

In April 2021, T-Mobile launched its 5G Home Internet service to 634 metro areas around the U.S., providing coverage to over 30 million homes — immediately making it one of the largest internet service providers by service area in the country. T-Mobile also says 10 million of these homes are in rural areas, which often don’t have access to the high speeds that 5G promises.

You can see a full PDF list of cities or check your address on T-Mobile’s website to see if your home has access. In general, if T-Mobile’s 5G wireless network is available in your area, you’ll probably be able to get its home internet service, too.

There is one streaming service you won’t be able to use with T-Mobile’s home internet plan: Hulu + Live TV. The on-demand version of Hulu still works, but not Hulu + Live TV. There’s no word from T-Mobile or Hulu on when this might change.

Where most home internet connections in the U.S. utilize cable infrastructure, T-Mobile’s is what’s called fixed wireless. These connections are usually much slower than fiber and cable internet, and you often have to deal with stingy data caps. But with its investment in the latest 5G technology, T-Mobile home internet speed is about what you’d get through traditional broadband providers.

While it’s not a huge step up from these connections — and in our testing it was a little less consistent than cable — it could be a big difference maker in rural areas. In these communities, slower DSL and satellite internet providers are often the only options. Compared to these, T-Mobile’s new service is an enormous upgrade.

Unfortunately, T-Mobile internet speed varies a ton depending on where you live, so the only way to know how well it works is to try it — something that most internet users probably aren’t thrilled to do.

How well T-Mobile’s 5G Home Internet service works for you largely depends on your proximity to its cell towers, and whether you have anything obstructing its signal around your home. In many cities, fiber and cable internet providers will still provide a more reliable connection, but they’re also usually more expensive than T-Mobile’s $50/mo. flat rate with AutoPay.

Where T-Mobile 5G Home Internet can really be an upgrade is in rural areas where broadband isn’t as readily available. Compared to DSL or satellite internet, T-Mobile is an absolute game changer. It should provide enough speed for streaming, gaming and working from home in most areas, and you won’t have to worry about data caps or contracts.

Unfortunately, because fixed wireless internet is so location-dependent, the only way to really know what kind of speed and reliability you’re going to get is to try out T-Mobile 5G Home Internet for yourself. With no installation fees or contracts, the only thing you have to lose is the time it takes to order and set up.