Whether it’s the latest season of Stranger Things or an out-of-control cable bill, there are plenty of reasons to add some streaming to your TV diet.

In fact, it’s getting harder and harder to watch TV without streaming. 2018 marked the first year that there were more scripted original TV shows on streaming services than broadcast and basic cable. A recent Deloitte study also found that more U.S. consumers now subscribe to a streaming service than a traditional pay TV subscription.

If you haven’t already hopped on the streaming bandwagon, the options can feel a little overwhelming. (By some counts, there are more than 200 streaming services to choose from in the U.S.) In some cases, you may even be asking, what is streaming? Here’s what you need to know.

Everything you need to start streaming

While streaming TV can seem like a complicated endeavor, you probably already have everything you need right in your home. Even if you don’t, you shouldn’t need to spend more than $50 to get set up.

A happy streaming experience starts with your internet connection. In our guide to internet speeds, we recommend a few different minimums for various types of streaming:

Not sure what type of streaming you’ll be doing? There’s a good chance it’s HD.

Standard-definition resolution is a dinosaur at this point. The last time a TV show broadcast in SD was 2014, and most TVs started being manufactured in HD instead of SD around 2009, when the FCC mandated that all TV signals be transmitted digitally.

Today, SD TVs are no longer produced, and Netflix is the only major streaming service to even offer an SD plan — mostly as a way to promote its lower starting price.

4K TVs exist at the opposite end of the spectrum: they produce the best picture money can buy, and as such, they put a lot more stress on your internet connection.

Most TVs fall into the HD category right now. You should aim for at least 5 Mbps of download speeds, but that number will need to go up even higher if more than one device is connected at a time.

Once you have a fast enough internet connection, you’ll need a way to access streaming services on your TV. There are three common ways to do this:

Should I get a streaming device if I already have a smart TV?

There are two major advantages to using a streaming device over the built-in options on your smart TV: You’ll get access to more streaming services and a more user-friendly interface and search system.

Most smart TVs come with a handful of streaming apps pre-installed, and you might not be able to add any more beyond that. If you want to catch up on the final season of Game of Thrones, say, but HBO Now isn’t on your TV, you’d be out of luck.

Streaming devices also provide a better ecosystem for all of your streaming apps. They make it easier to navigate back and forth between services, and allow you to search for titles across every app available on the device.

If you search for Jaws on a streaming device, for example, it will show you that it’s available for free with a subscription to fubo or Starz, but also for rent through apps like Amazon Video and Vudu. This saves you a lot of time searching through individual apps, as well as the money you might have spent to rent a movie that’s already included in one of your subscriptions.

If you have an older SD TV without HDMI ports, you can still stream with the right equipment. Roku is the only streaming device manufacturer that makes a device (the Roku Express+) that works with the red, yellow and white composite jacks found on older TVs.

Additionally, you can also purchase an HDMI to RCA adapter to convert your TV. This lets you use any streaming device you want, but there have been complaints about this not working very well with streaming services. We recommend going with the Roku if you have an older TV.

How to start streaming

1. Plug in your streaming device

If you are going to use a smart TV, you can skip down to step two. Almost all streaming devices plug into your TV’s HDMI port — and usually a power outlet as well. The first thing you’ll need to do is plug the device in, switch your TV over to the HDMI input you’re using and start following the instructions that appear on the screen.

2. Connect to the internet

Once you’ve plugged in your streaming device, you’ll need to sign in to your home’s Wi-Fi network. Some devices — like Amazon’s Fire TV Stick 4K and Google’s Chromecast Ultra — also have the ability to connect directly to your internet modem using an Ethernet cable. This generally provides a more reliable connection, so you’ll experience less buffering on your streams.

Popular streaming services like Netflix and Hulu will come pre-downloaded onto your smart TV or streaming device, but if you want to watch a more niche service like Shudder or The Criterion Channel, you’ll probably have to download it yourself.

Find something to watch

*Pricing per month plus taxes for length of contract. Additional fees and terms may apply. Pricing varies by location and availability. All prices subject to change at any time. May or may not be available based on service address. Speeds may vary. As of 08/13/19.

Cable replacements are services that stream live TV through your internet connection. They cost around $50/mo., and are usually a cheaper alternative to cable. Another perk is that contracts are month-to-month, so you can cancel anytime if you’re unhappy with your service.

While streaming services are usually positioned as a cheaper alternative to traditional TV, expenses can still get high fast. Fortunately, there are dozens of free streaming services available now that have some surprisingly good selections. You’ll have to sit through some ads, but it’s still far less than you’d get on cable.

Locast.org is a non-profit that streams local broadcast channels entirely for free. Think of it as a TV antenna for the digital era. Unfortunately, it’s only available in 13 U.S. cities right now, but if you live in one of them, it’s absolutely worth taking advantage of.

Now that you know how to stream, dig in deeper on all things streaming services by checking out our resource center and following us on Facebook and Twitter. 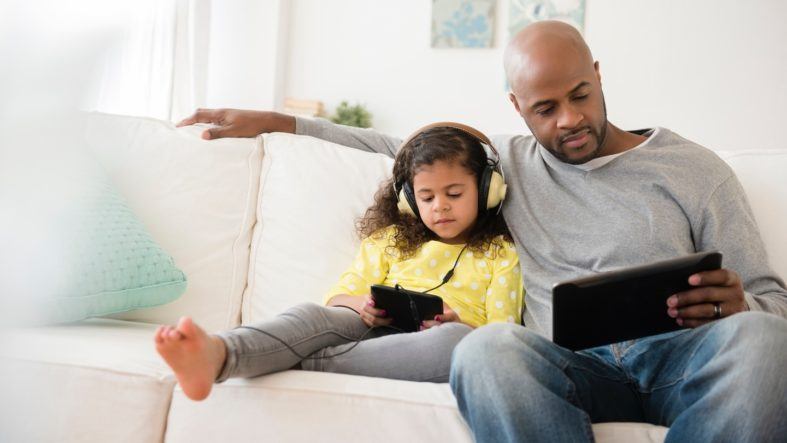 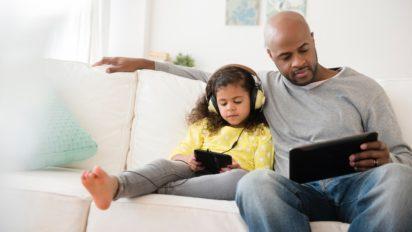 Internet not performing as you think it should? Run a speed test and learn what your results may mean and how to address them! Read more