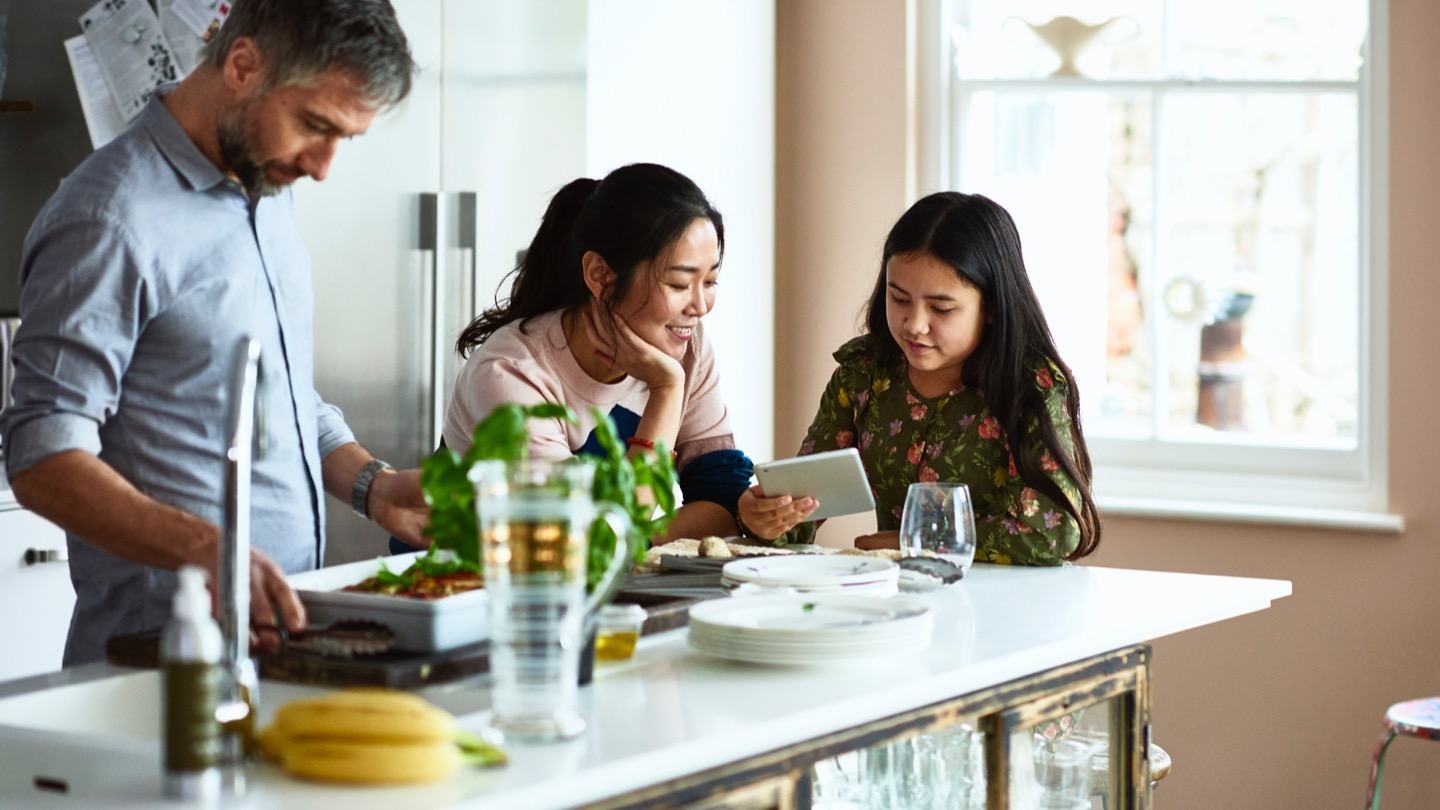 Internet speed is one of the biggest considerations when choosing an internet service provider. It determines not only how quickly you can perform tasks online, but how many of those tasks your network can handle at a single time. Unless you’re living solo and only browsing Facebook, you might need more than the minimum speed.

Below, we’ll go over why internet speed matters, how to check your speed, and what to do if it’s not fast enough to handle your household connection needs.

What is internet speed and why does it matter?

Internet speed refers to how much data and information can be transferred over the web on a single connection at any given time.

This is important for consumers because your internet speed determines what types of activities you can do on the internet, as well as how many devices you can connect at once. Understanding how you and your family use the internet at home will help you determine which internet speeds you need to get from your provider.

If your internet speed is too slow, you might run into trouble performing tasks on the web like streaming video, playing video games or uploading files. If it’s too fast, you could be overpaying for internet services.

Many internet service providers advertise their upload and download speeds. However, these numbers aren’t always accurate. It’s always a good idea to do your research and find out what their real internet speeds are.

When understanding internet speeds and how they work, it’s helpful to arm yourself with some handy definitions:

Read more about the difference between Mbps and MBps

Learn more about the difference between uploading and downloading

How much bandwidth do you need?

Your internet speed needs really depend on your usage. The FCC recommends 12–25 Mbps for homes with multiple internet users or for frequent online streaming.

Let’s break it down by activity:

To stream videos, you’ll need at least 3 Mbps. It takes at least 25 Mbps for 4K streaming on your computer or Ultra HD-enabled devices. Some streaming services suggest faster speeds:

At a minimum, you need 4–8 Mbps for online gaming. For consistently efficient gaming, 10–25 Mbps tend to be best.

For gamers, it’s also important to pay attention to ping time, because you’re doing a significant amount of both uploading and downloading. For ping time, aim for 20 milliseconds or less, but you can get by with 20–100 milliseconds.

To make your internet faster at home, boost your Wi-Fi signal. Resetting or moving your router can boost and stabilize your signal. You could also add a Wi-Fi repeater or extender to improve internet signals for gaming devices further away from your router.

There are no one-size-fits-all answers when it comes to working from home; it really boils down to what kind of uploading and downloading you need to do in your job.

If you frequently download and upload large files, you’ll want internet speeds of at least 40 Mbps. For simpler computer programs (word processing, for example), you can get by with just 3–4 Mbps. For lots of video conferencing, you’ll want to sit somewhere in the middle with at least 10 Mbps.

How to check Wi-Fi speed

To figure out how fast your internet and Wi-Fi connections are, use Allconnect® to take an online speed test with a computer that’s connected to your home network. We’ll also tell you your ping time and upload vs. download speeds.

You might have noticed that sometimes your internet is faster or slower than usual. This is normal and could be due to a number of reasons.

There are several types of internet connections, and each one has its own speed accommodations.

Where you put your router can weaken the signal. Avoid putting it in places near potential signal-blockers like radios, microwaves or thick/dense walls. You also want to get it off the floor, as other signals might travel along the floor and interfere with your internet.

The best place to put your internet router is the middle of your home in an elevated, clear spot.

This is a bit more technical, but there are potential issues you can troubleshoot to see if you can make your internet faster:

Malware can infect your computer’s hardware, software or applications. One type is internet malware that infects computer applications such as web browsers. This kind of malware can open multiple browsers in the background which can slow internet speeds.

Luckily, we’ve put together a few ways to prevent malware from infecting your devices.

It’s not uncommon for internet service providers to throttle internet speeds when you exceed your plan’s data limit, and some have even been accused of throttling internet speeds for certain websites or activities.

If it’s the latter, it could be time to change your plan and up your speeds. For the former, run a speed test outside of the 7–11 p.m. busy period, then install a VPN and run the same test. If the speeds are similar, throttling likely isn’t the culprit. If they’re different, this could be a sign of throttling.

Why is my internet slow at night?

Most people use their home internet in the evening, particularly during “rush hour” from 7–11 p.m. This can slow internet speeds, especially for cable internet users. There really isn’t much of a solution to this issue, other than reducing the number of devices using the internet at this time or increasing the speed on your plan.

Your own internet activity

Much like your neighbors can affect internet speeds, so can you. If you’re connecting many devices at once or doing high-bandwidth activities like uploading 4K video to YouTube or a 500 GB PDF to a server, this can impact other devices on your network and the speed with which you’re able to connect.

You could try to connect via hardwire (such as an ethernet cord) to help with these issues, as well as limit the number of devices connected while you’re doing these high-bandwidth activities.

How to speed up Wi-Fi

If none of the solves above address your internet speed issues, you can take a few additional steps to boost your connection:

It’s important to get set up with the internet you need. Learn how to choose your internet connection by checking our Resource Center.