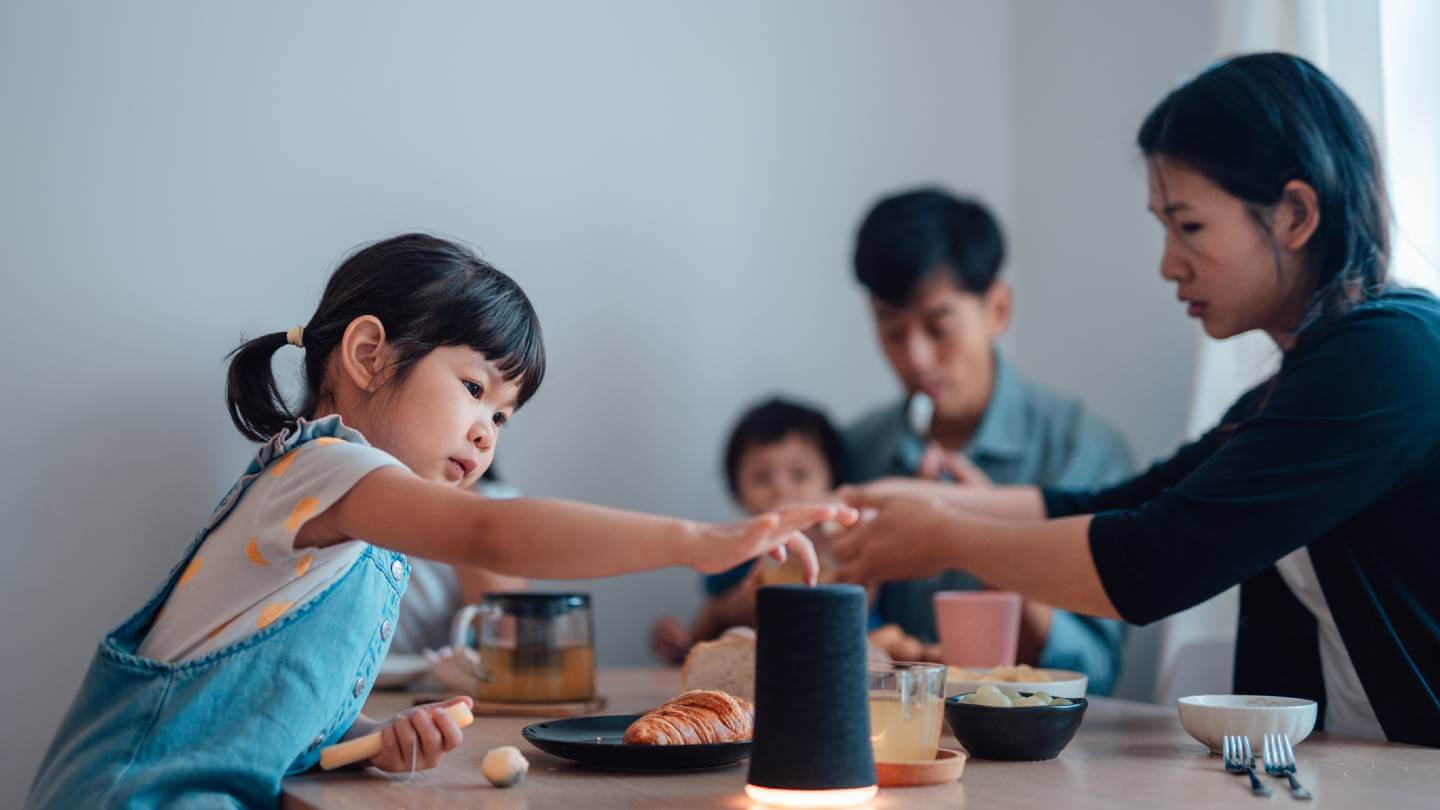 For 21 years, the Edelman Trust Barometer has been surveying the globe on the business sectors that the public trusted the most, and until 2021, technology companies have come in first. Not only did tech lose its number one spot this year — it slid all the way to 9th place.

Trust in technology reached all-time lows in 17 of 27 countries that Edelman surveyed, including the U.S., where it dropped nine points to a score of 57/100. That looks like a failing grade, but it’s actually in the middle of the pack of industries — ahead of energy, automotive and financial services, but behind healthcare, retail and manufacturing.

But that’s a little misleading. Social media companies were included separately from tech for the first time, and they got the lowest score of any category at 46/100.

So what’s driving this sudden skepticism towards one of America’s largest industries? Edelman suspects the ​​spread of misinformation, privacy concerns and the rise in artificial intelligence all have something to do with it. In other words, it’s complicated.

This declining trust in tech companies has coincided with more of a willingness to regulate them. According to a recent Pew Research Center survey, more than half of Americans are in favor of increased regulations.

56% of Americans think major technology companies should be regulated more than they are now, and 68% believe these firms have too much power and influence in the economy

Like the Edelman Trust Barometer findings, this is a relatively recent attitude change. Just a year ago, only 47% said they favored increased regulations. This is the rare issue that both sides of the aisle agree on, too. Over the past year, support for regulation among those with liberal views jumped from 52% to 70%, while support among those with conservative views increased from 53% to 59%.

More Americans want the government to step in on fake news

The tech industry as a whole isn’t the only place attitudes have changed rapidly. Just as social media companies received the lowest score of any industry in the Edelman Trust Barometer, Americans have also lost faith in their ability to regulate fake news.

In another recent Pew survey, around half of U.S. adults (48%) said that the government should take steps to restrict false information online, even if it means losing some freedom to access and publish content — up from 39% in 2018.

Unlike support for regulating tech companies, Americans have grown sharply divided by political affiliation on the question of fake news. While liberals and conservatives held roughly the same views on the topic in 2018, 65% of Democrats now support the government stepping in to curb fake news, compared to only 28% of Republicans.

In addition to the spread of false information and growing support for regulation of technology companies, there has also been a rise in privacy concerns associated with voice assistants, which the COVID-19 pandemic has dramatically accelerated. By one estimate, 1 in 3 people used a voice assistant monthly in 2020 — up 11% from the year before.

But for many, privacy concerns remain a significant barrier. According to a PricewaterhouseCoopers report, 38% of Americans who don’t use a voice assistant said it’s because they don’t want something “listening in on” them all the time.

That’s a reasonable concern. Researchers from Northeastern University and Imperial College London recently found that Apple’s Siri, Amazon’s Alexa and the Google Assistant are falsely activated up to 19 times a day. Here’s where the most popular companies stand when it comes to privacy policies in their contracts.

Google received a wave of bad press recently when it was reported that contractors for the company were listening to recordings made from Google Assistant. Out of the thousands of recordings reported, 153 shouldn’t have been recorded at all, as the command “OK Google” was never used. After the report, Google confirmed that “language experts” listen to about 0.2% of recordings made in order to better understand different voices, languages and dialects.

Ultimately, the negative reaction spurred Google to adjust its policy. Storing voice recordings is no longer the default setting; users now must explicitly opt in. That said, the opt-in can still be somewhat confusing about what you’re actually allowing. “You can decide to save your audio to make Google speech products more helpful to you and better for everyone,” Google says.

In the deluge of contracts that require an “agree” when you set up a smart home device, it can be easy to gloss over this important piece of information. If voice recordings are a specific concern for you, give a closer look to any agreements that mention audio or Google Assistant.

You can check out whether your recordings are being stored in your Google account here.

Like Google, Amazon’s Alexa was put under the microscope in 2019 when a letter to Sen. Chris Coons (D-DE) was published to the Senate’s website. “We retain customers’ voice recordings and transcripts until the customer chooses to delete them,” it reads. However, CNET reported that text transcripts of voice interactions remain in Amazon’s system even after a user deletes the audio recording.

Here’s what Alexa’s terms-of-service agreement says: “Alexa streams audio to the cloud when you interact with Alexa. Amazon processes and retains your Alexa Interactions, such as your voice inputs, music playlists, and your Alexa to-do and shopping lists, in the cloud to provide, personalize, and improve our services.”

These recordings are supposed to only kick in when you say “Alexa,” but that’s not always the case. In a test conducted by Northeastern University, researchers played three audiobooks and nine episodes of Gilmore Girls (known for its fast-paced dialogue) in front of several Amazon devices. The team recorded 10 “false wakes” during the Gilmore Girls marathon and 63 during the 21 hours of audiobooks. Word combinations close to “Alexa” like “it’s actually” and “I like” were enough to trigger recordings.

Unlike Google Assistant, you’re not able to opt out of voice recordings entirely with Alexa; you can only delete them after they’ve been made. (Go to https://www.amazon.com/alexaprivacysettings to monitor your own recordings.)

Apple has long been known as the good guy when it comes to privacy issues, but it hasn’t been immune to scrutiny over its voice recording practices. In June 2019, The Guardian reported a small portion of Siri recordings were analyzed to improve dictation features, which hadn’t been disclosed in Apple’s privacy documentation.

Where’s all that data going?

While tech companies typically claim that data-gathering methods are used primarily to improve their products, there’s mounting evidence that this isn’t really true. It’s not just IoT devices, either. In a study of 36 top-ranked apps for depression and smoking cessation, 29 sent data to services provided by Facebook or Google, but only 12 disclosed this practice in their privacy policies.

However, the data from smart home devices can be sensitive in ways that feel uniquely invasive, as it can track things like personal conversations or health metrics.

In a joint collaboration between Northeastern University and Imperial College London, researchers filled a room with 81 common smart home devices and conducted 34,586 experiments to see how data was being collected and shared.

What they found was pretty eye-opening. Seventy two of the 81 devices shared data with third parties that had nothing to do with the original manufacturer. What’s more, “All devices expose information to eavesdroppers via at least one plaintext flow.”

In the home environment you don’t really have that much control over your privacy with IoT devices. Your biggest control element is deciding what device you place in your home and vetting them for good privacy practices. It’s often difficult to find this information for consumer devices and take it into account in any kind of purchasing decisions.

University of Michigan School of Information

It’s a combination of selling your data and being careless with it. This data is incredibly valuable to advertisers, allowing them to create detailed profiles of users based on how they interact with their connected devices. If you ever wondered why you see eerily prescient ads for products you’ve never browsed online, that’s why.