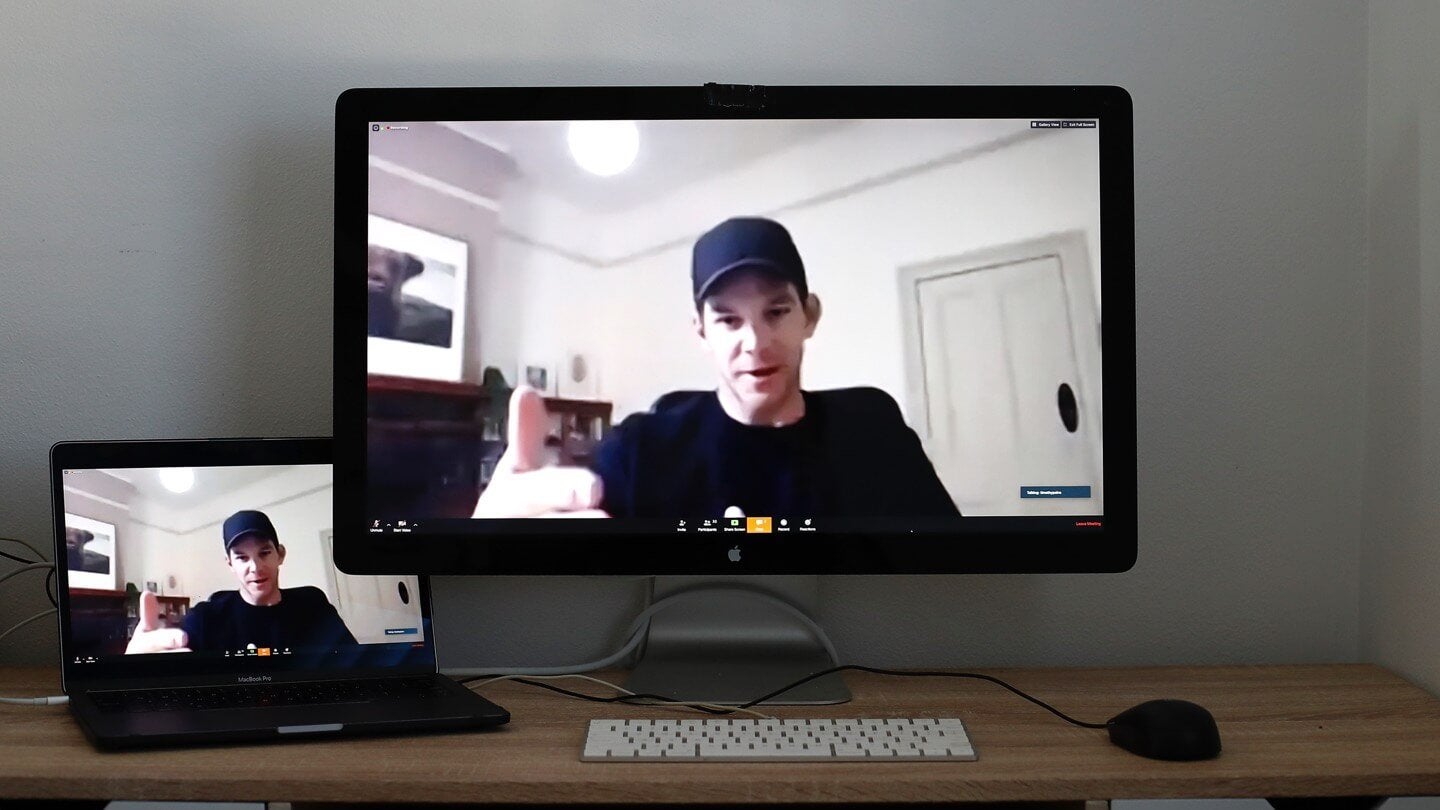 Working from home (WFH) or working remotely can present a new set of challenges for businesses both large and small. Whether you have three co-workers, or 3,000, getting in face-to-face time to chat and meet can be crucial to keeping processes running smoothly.

Email and instant messages are great for quick communication, but most people will agree that meetings are necessary to hash out larger projects and discuss complicated details.

But which video-conferencing tool is best for your business needs? The answer depends on a few factors, such as:

We’ll break down the top WFH video-chat platforms to make it easy for you to pick the right one (or two) for you to try out. Find out about each tool, or jump right to the one you are most interested in:

Video-chat platform comparison at a glance

Zoom is one of the most widely recognized applications for business meetings and video conferences. With 300 million daily meeting participants worldwide, it’s safe to say that Zoom wins the video-chat popularity contest hands-down.

There is a free version of Zoom, but due to its scaled-down features, such as only allowing 1:1 video meetings, most users require the paid version. There are two paid tiers of Zoom subscriptions that offer tons more features, including HD video conferences with up to 100 people in their Pro plan.

Zoom requires speeds of at 3.8 Mbps for HD quality video. If you’re not sure what speed you currently have, use our speed test tool to check your speed. Read more about Zoom system requirements and supported operating systems on the Zoom support page. Use of a VPN while using Zoom is highly recommended, especially since this Newsweek report of two separate school incidents have shown that Zoom is vulnerable to being hacked.

Microsoft Teams is a relative newcomer to the world of video-chat. Released in 2017, it has seen an uptick in use since the work from home swell due to the COVID-19 crisis. Plans generally cost between $8 – $35 per user per month, however, Microsoft Teams recently released free video-chat options for students and WFH users.

Microsoft Teams requires a minimum of 1.5 Mbps download and 1.5 Mbps upload speeds for HD video calling. Microsoft says connecting to a VPN to use Microsoft Teams is not vital and may slow down traffic (as VPNs are known to do), however, we recommend using a VPN for extra privacy and security.

Google Hangouts is a superstar among users who want a web-based chat platform that doesn’t require a lot of set-up, time or money. Google Hangouts is free for consumers with a Gmail email address, but even a Basic account is only $6/mo./user — and a 14-day free trial is included. They also have other paid versions of the platform called “Google Hangouts Meet” (for larger groups) and “Google Duo” (similar to Apple’s FaceTime app).

Download speeds of at 2.2 Mbps are recommended to use Google Hangouts with up to five participants and higher speeds may be necessary for larger groups. And be sure to log in to a VPN when using Google Hangouts, since Google Hangouts does not use “end-to-end encryption — instead, messages are encrypted “in transit.” This means that they are only encrypted between your device and Google’s servers. Once they are on a server, Google has complete access to them,” according to AVG, a leader in antivirus software.

One other recommendation — try to use Google Hangouts on a computer instead of an iPhone, as anecdotal evidence suggests the volume can be hard to hear on iOS devices.

Slack was originally best known as an in-house instant message tool, but it has evolved to be so much more. Slack is an easy way to send images, files and video-chat. Slack speed requirements are as low as 200 kbps for a voice-only Slack call. Video calls and screen sharing requires a minimum of 3 Mbps download and 600 kbps upload when conferencing with three participants, and 4 Mbps or higher for more than five people. One drawback to Slack video chatting — there is a maximum of 15 participants, even in the highest-priced tier.

It’s a good idea to connect via a VPN when using Slack. Hackers can get your IP address through Slack and use it for purposes of collecting your personal data, or even launching online attacks.

One important feature that Slack does have in its security arsenal is two-factor authentication, which, along with strong passwords, is important in maintaining online security.

FaceTime, a native app on iPhones and iPads, is a favorite among iOS users worldwide. FaceTime will also work on Mac computers, or other Apple devices. It is not compatible with Windows products.

The FaceTime app is free to use and calls do not count toward your phone carrier minutes, which makes this a great option for international calling. If you plan on using Facetime often, you will want to make sure you have either unlimited data or are in range of Wi-Fi, as FaceTime will use data.

You can use a VPN with your FaceTime connection, but it is not necessary. According to Apple support, FaceTime uses “end-to-end encryption, so there’s no way for Apple to decrypt the content of your conversations when they are in transit between devices.”

As far as the internet speed needed for FaceTime, a minimum of 1-4 Mbps is recommended, and speeds higher than that will improve choppiness and connectivity. Apple also recommends making sure your devices have the latest software updates to maintain a good FaceTime connection.

Houseparty is a social app that has been around for a few years and is geared toward teens and millennials. However, like Microsoft Teams, Houseparty has been steadily gaining attention since COVID-19 stay-home orders have come into effect. Though Houseparty doesn’t have the professional veneer of Zoom or Microsoft Teams, it can be a great way for colleagues and friends to have a more informal meet-up.

Houseparty allows for a maximum of eight people per call, so chats can stay relatively intimate. Plus, there is the option to purchase in-app games to play with your party, such as the popular Heads Up! game.

Similar to other video-chat tools, Houseparty will need a download speed of at least 2 Mbps and a VPN, like NordVPN, is recommended, especially if teens or children will be accessing the app.