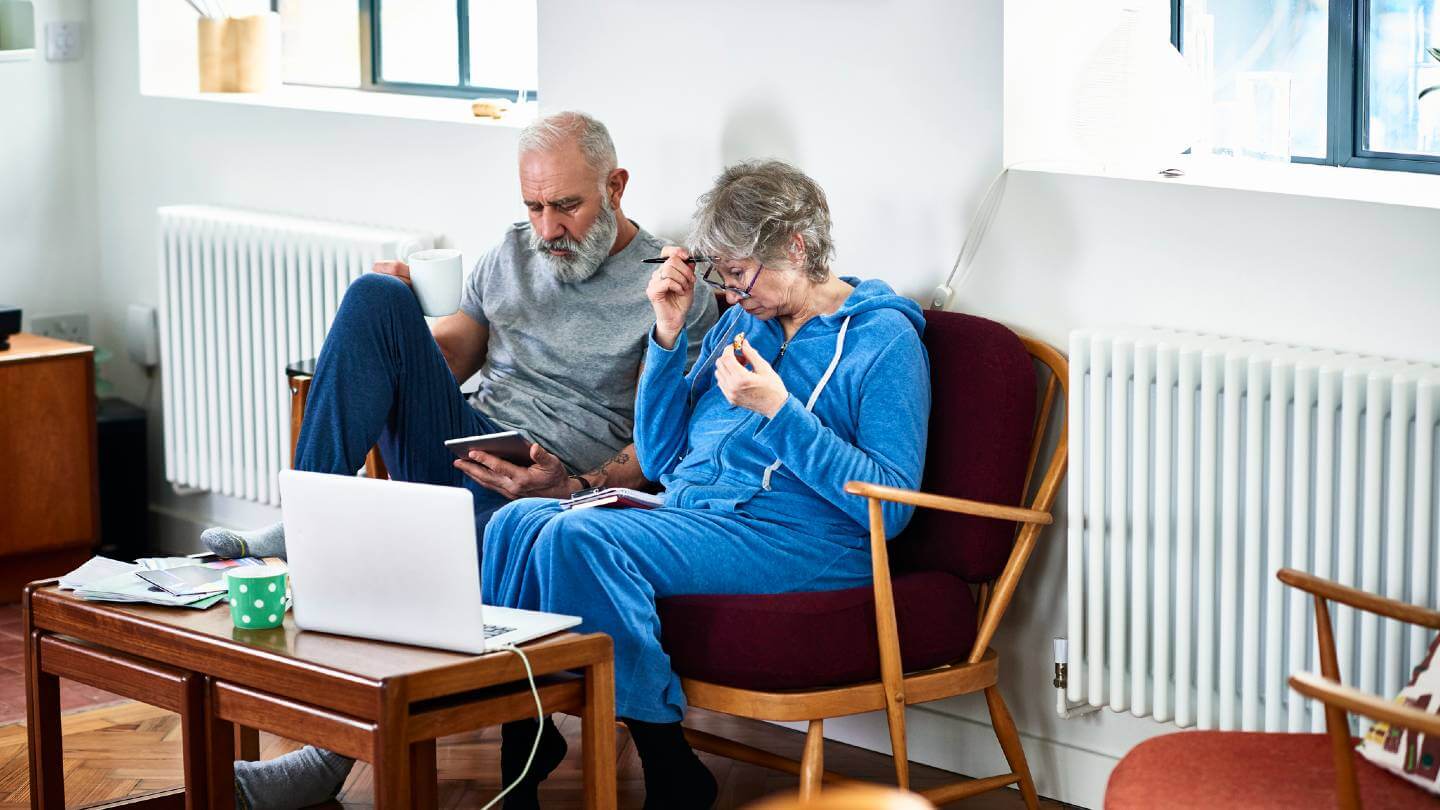 Not sure of a term we referenced? We break down all the various internet definitions you may encounter when learning about broadband service. We’ve also included commonly used acronyms and added in-depth explanations for the more complex terms that are helpful to understand when buying internet.

302: HTTP status code for found and is used to temporarily redirect visitors

404: HTTP status code for error or page not found

500: HTTP code for any unexpected error

Anti-malware: A type of software program that helps prevent computers and other technology from malicious software (known as malware)

Anti-spyware: A type of software program designed to remove spyware, which is software that spies on a user’s computer activities

Anti-virus: A type of software that eliminates computer viruses

Bandwidth: Bandwidth measures the total number of frequencies, or capacity, a network connection can handle at any given moment. With more bandwidth, more data can be transferred through a specific network at a time. This is significant for determining how many devices can connect to the network at a time.

Broadband: Broadband tells you how quickly data can be transferred, which is your overall measurement for the speed of your internet connection. This is significant for determining the speed at which your internet can perform certain tasks, such as streaming a movie.

Cache/caching: Stored data through a software component in order for that data to be accessed more efficiently in the future

Capping: Also known as data capping. When you have a limit of how much data you can use in a month.

Data cap: A monthly limit in the amount of data a user is allowed to use when accessing the internet

Dial-up internet: A type of internet service that works by taking over the signal of an existing phone line and changing it from communicating voice to communicating data

Download: Receiving data from a server onto one’s electronic device

Download speeds: The speed it takes to download data from a server in the form of images, videos, text, files and audio. This is the type of speed most people think of when they think of internet speeds.

E-commerce: Short for electronic commerce. The buying and selling of goods via the internet.

Ethernet: A way to connect computers to a Wi-Fi network through a wired connection

Extender: Short for a Wi-Fi extender. A device that connects with your router (either wirelessly or through a wired connection) to help extend your internet signal into rooms that are Wi-Fi dead zones due to walls, furniture obstructions or general spacing.

FTP: File Transfer Protocol. The protocols computers follow to transfer files from one system to another

Gigabit: A unit of measurement equivalent to 1,000 Mbps

Gigabit broadband: Internet speeds of up to 1 Gigabit. These speeds are some of the fastest available

Internet of things: Physical objects, such as smart home security systems, that are able to collect and transfer data over a wireless network without any human interference

IP Address: Refers to the unique string of numbers that identifies your devices. The IP address is commonly referred to as the ZIP codes of the internet.

KB/KBPS: Kilobit or Kilobit per second is a measure of data transfer speed. 1,000 KBPS equals 1 Mbps, which is the typical form of measurement for internet speed

Latency: Latency measures the delay in data transfer, telling you how fast data gets from a source to its destination.

Link: Short for hyperlink. When a user can click on a highlighted section and be transferred to a new website

Malware: Also known as malicious software. Software that is specifically designed to disrupt, damage or gain unauthorized access to a computer system.

Megabyte: A unit of measurement. Internet speeds are typically measured in megabytes per second.

Mesh Wi-fi: A group of devices throughout a home that act as a single Wi-Fi network. Each device is called a point and the purpose of having multiple points is to provide better coverage for more areas of the house.

Modem: A modem receives signals from your internet service provider and translates them for your devices to use.

MP3: A stored audio file (only able to store audio and images)

Net neutrality: The principle that ISPs should provide all online content equally without favoring or blocking specific products, websites or types of content.

Network: Two or more computers (or other devices) that are linked together in order to share resources. This can mean a Wi-Fi network or even just the internet.

Operating System: The software that manages a computer’s basic functions

OSS: Open Source Software. When the copyright holder of a software grants users the ability to use, modify or distribute the software through licensing agreements

Phishing: A form of fraud where someone pretends to be someone else online in order to acquire personal information from another person or to deploy malware onto the victim’s computer or other device

Ping:  A ping is a test which determines if a server is reachable. The test sends a data packet to the server to see if the data comes back.

Piracy: The unauthorized use, copying or distribution of something that has been copyrighted

POP3: Post Office Protocol is a protocol used by email users in order to receive emails by downloading it to a computer from a mailbox of a server

RAM: Random access memory is short term computer memory where working data is stored. Since it is short term, it is not stored on a computer’s hard drive

Remote desktop: A centralized server that allows users to access their personal profile on a separate device

Router: Takes the internet signals provided by a modem and converts them into a Wi-Fi signal so that devices can connect to the internet wirelessly

Satellite internet: An internet service type that relies on satellites to transmit data into the home

Search engine: A program that allows a user to search for information in a database. The most well-known search engine is Google.

SIM: A Subscriber Identification Module is a card inserted into a mobile device that securely stores personal data, including a international mobile subscriber identity (IMSI) number

Spam: Unsolicited messages over the internet received by a high volume of recipients

Spyware: Software that allows someone to covertly obtain information regarding another person’s computer activities

Static IP: When the IP address stays the same over time

Streaming: Media content available for immediate watching or listening via any electronic device over the internet

Throttling: When your internet provider limits your bandwidth or slows your connection to certain online activities after you’ve reached a monthly limit

Traffic: The flow of data within an internet network

Trojan Horse: Malware that downloads to a computer disguised as legitimate software

Unique user: An IP address, plus a further identifier

Unlimited: When there are no data caps for internet use

Uploading: Sending information from your computer to another device or server on the internet. Common examples include email, Zoom and live-gaming

Upload speeds: This tells you how quickly information from your network is sent to external networks

Virus: A malicious piece of code designed to steal data from a device or damage the device entirely

VOIP: A Voice over Internet Protocol is technology that allows a user to make voice communications over the internet instead of through a phone line

VPN: A Virtual Private Network is a secure connection method that allows verified users to connect to a private network that has been extended across a public network

WAN: A Wide Area Network is when multiple networks communicate with one another (a network of networks). The internet is the world’s largest WAN

Wi-Fi: Short for a wireless fidelity and is the technology that allows your devices to wirelessly connect to the internet

WLAN: A Wireless Local Area Network is a network of two or more devices that can connect to the internet wirelessly and exist in close proximity to each other (a home, school, library, etc.)

XML: Extensible Markup Language is sets of codes or tags that describe the text in a document (ex: HTML)

Zip file: A file format that compresses one or more documents into a single zip file