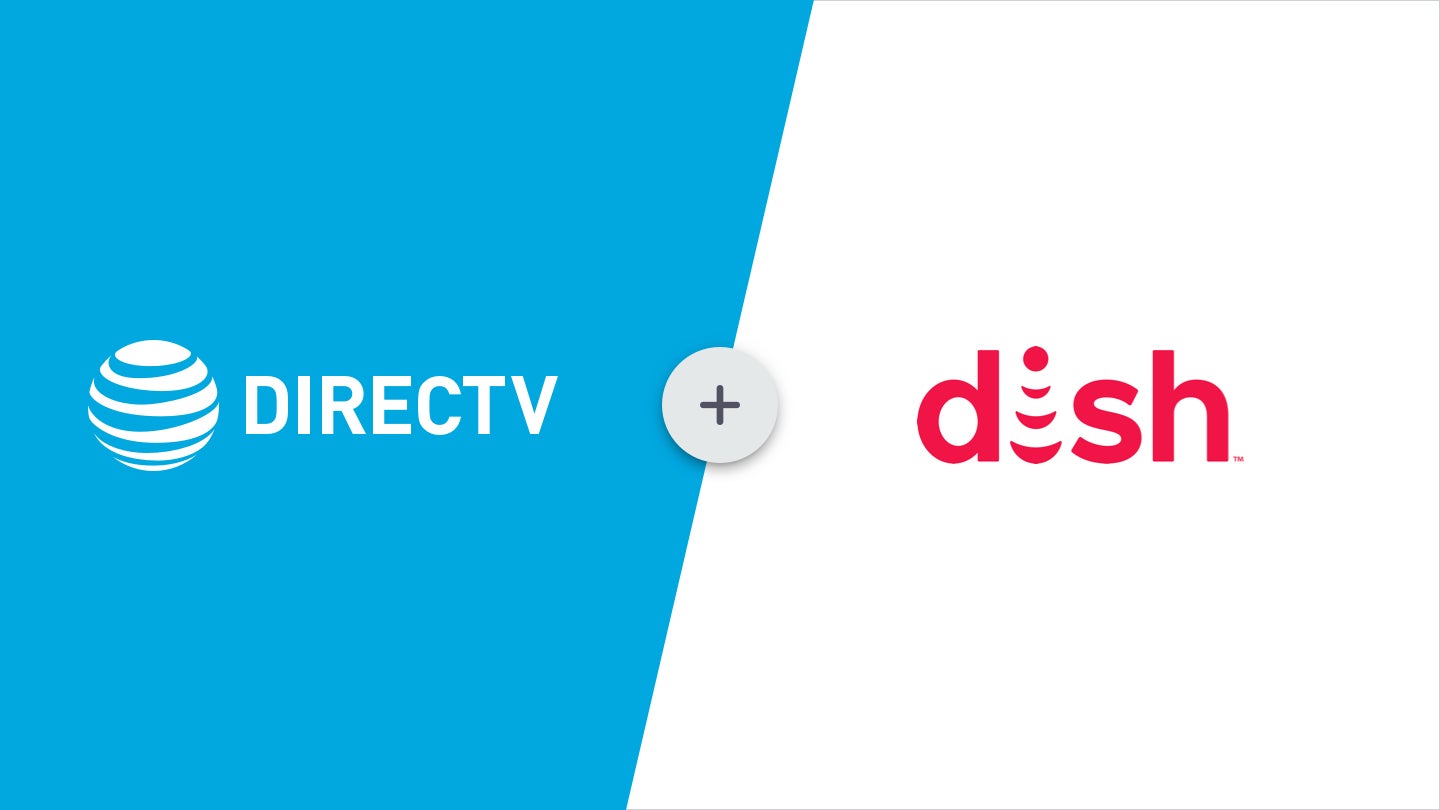 It’s not a good time to be a satellite TV provider.

DISH Network lost 194,000 subscribers in the fourth quarter of 2019, and DIRECTV, owned by AT&T, lost a whopping 945,000 members to its premium services, according to media research company MoffettNathanson.

With numbers like those in mind, rumors have swirled for some time that DISH and DIRECTV might merge, and the stage may now be set for that to happen.

It depends on who you ask.

AT&T bought DIRECTV in 2015 for $48.5 billion. The next year, it started DIRECTV NOW (since re-branded as AT&T TV NOW), an over-the-top streaming service, and some employees began to worry that this was the company’s future.

It didn’t help that NOW cost $35/mo., while satellite customers were paying north of $100/mo. for the same product.

After it launched the DIRECTV T-16 satellite into orbit in June 2019, AT&T said that it would be the last one the company would put up. That wasn’t a surprise; Chairman and CEO Randall Stephenson said in late 2018, “We’re kind of done” supporting satellite TV.

Or are they? In September 2019, John Stankey, CEO of AT&T’s WarnerMedia division, told the Wall Street Journal that “DIRECTV is an important part of what we’re going to be doing going forward.” And Stankey is the likely successor to Stephenson, who has committed to staying only through this year.

One of the loudest voices pushing AT&T to divest itself of DIRECTV has been activist shareholder Elliott Management. Elliott issued a statement saying, “trends are continuing to erode, with AT&T’s premium TV subscribers in rapid decline as the industry, particularly satellite, struggles mightily. Unfortunately, it has become clear that AT&T acquired DIRECTV at the absolute peak of the linear TV market.” After negotiations, Elliott extracted a pledge from AT&T last October not to make any further major acquisitions, but the company would also not have to sell off DIRECTV.

DISH wants to get into the wireless business, too

DISH, based in a suburb of Denver, CO, is helmed by affable CEO Charlie Ergen. He has not been cagey about what he believes will happen to satellite TV.

“It’s probably inevitable that those two should go together just because the growth in TV is not coming from linear satellite TV providers. It’s coming from huge programmers, and trillion-dollar companies,” he said in a February earnings call, adding that it makes “logical sense.”

But there’s another element in play:

The federal government’s approval of the merger of wireless carriers T-Mobile and Sprint (a combination in favor of which Ergen testified) means Sprint has to cut loose its no-contract wireless service Boost Mobile, which Ergen has signaled that he would buy. So far, that move has yet to happen.

DISH was about to hit an FCC-imposed deadline of March 2020 to start to use a large block of wireless spectrum it bought up in its effort to become a 5G wireless provider, but it wasn’t ready to go. The FCC pushed that deadline off to June 2023, effectively ruling against a 2018 complaint filed by T-Mobile that DISH “intends to continue to warehouse spectrum with no benefit to consumers.” Ergen said the company was just preparing to move into 5G: “We weren’t hoarding spectrum. We were accumulating enough spectrum to go compete against the industry giants.”

DISH also gets to use T-Mobile US and Sprint’s combined 5G network while it builds its own system, a project the company has estimated will cost $10 billion. While that sounds like a lot, FCC Commissioner Jessica Rosenworcel pointed out that Verizon spends $15 billion a year just to maintain its network.

In a call with investors, Ergen asserted that his company could do it precisely because DISH is starting with “a clean sheet of paper and automation [with which] you can do that, so our costs are materially less.”

What it all means

There are few satellite TV providers, so if one quits the business, its customers will be picked up by the other. Rumors have been circulating that would support just about any scenario, but there’s a wildcard: Apollo Global Management, the world’s largest private equity fund, has reportedly proposed that it merge DIRECTV and DISH into a separate company. AT&T would control it, with Apollo and DISH as minority stakeholders.

The benefits of that deal are clear, with AT&T holding on to its satellite-delivery service while continuing to move into streaming territory and allowing DISH to do the same while developing its 5G wireless network into the fourth-largest wireless carrier in the U.S.

In 2002, the two companies proposed a merger, but it was rejected by federal regulators who didn’t want to see a monopoly control satellite TV.

The landscape has changed dramatically since then. Craig Moffet of MoffettNathanson wrote that “satellite TV was growing by leaps and bounds at the time. Now it is in freefall. That alone may be enough to settle the debate; sure, two would be better than one, but both are credible bankruptcy risks on their own. Heck, they’d be a credible bankruptcy risk even together.”

With that reality on the horizon, some sort of merging of the two companies may well be, as Ergen said, “inevitable.”

Such a company would, indeed, be a monopoly, so customers would have to count on the threat of further defections to cable TV to keep subscription rates under control.