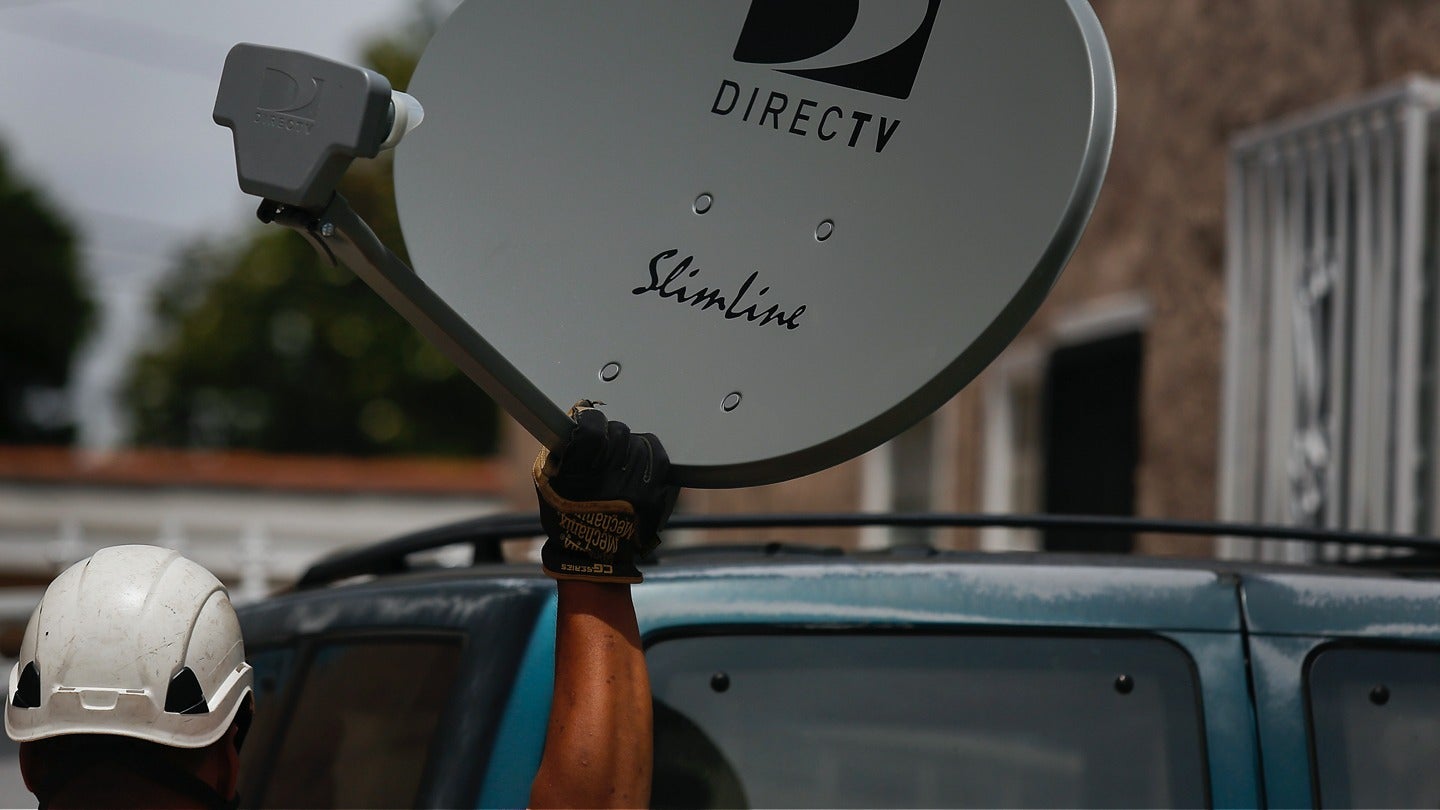 As of August 8, 2021, AT&T TV is no longer available. If you’re looking for the same TV packages, they’re now available through DIRECTV STREAM.

In March 2020, AT&T officially launched its newest TV service: AT&T TV. It starts at $50/mo., comes with a 4K streaming device and looks like it could spell trouble for the continued relevance of DIRECTV.

The satellite service has gone from 20 million subscribers to 16 million since AT&T purchased it in 2015. As more customers cut the cord across the country, that decline doesn’t show any signs of slowing.

“We will continue to offer satellite and DIRECTV where it has a rightful place in the market,” said AT&T president John Stankey at an investor conference. “Places where cable broadband is not prevalent, oftentimes, more rural or less dense suburban areas.”

“But in terms of our marketing muscle and our momentum in the market, it will be about software-driven pay TV packages.”

AT&T sets its sights on streaming

It looks like AT&T is phasing out the first two services in order to put all their effort into AT&T TV.

In our review of the new service, we said, “While AT&T TV is a lot more expensive than other services, you’ll get the best channel lineup in streaming and a simple-to-use, all-in-one device.” For decades, that’s been the exact gap that DIRECTV filled.

When the service launched in 1994, it was primarily a way for people in rural areas who weren’t covered by cable to get more extensive TV packages. But over time, even many urban residents were installing satellite dishes to get the abundance of channels it offered.

DIRECTV has always had one trump card behind it, too. Since its inception, it’s partnered with the NFL for its SUNDAY TICKET service — the only way for football fans to watch out-of-market games. When that $1.5 billion deal expires at the end of the 2022 season, it’s not hard to imagine radical changes coming for DIRECTV.

One company that might be interested? DIRECTV’s primary competitor, DISH Network. On an earnings call in February, DISH chairman Charlie Ergen said a merger between the two satellite companies is “probably inevitable.”

For his part, Stankey threw some cold water on the prospect of a merger with DISH. “We believe there’s some limitations, as there always is, in what we can do from a regulatory perspective,” he said. “I would tell you we don’t see it really running in the regulatory environment.”

Not everyone agrees. “Satellite TV was growing by leaps and bounds at the time. Now it is in free fall. That alone may be enough to settle the debate; sure, two would be better than one, but both are credible bankruptcy risks on their own. Heck, they’d be a credible bankruptcy risk even together. Simply preserving an option for rural America at all would be the argument. And it would be a reasonably persuasive one,” wrote industry analyst Craig Moffett in a research note.

Whether a major shakeup happens before 2022 — or at all — is still unknown. And with early termination fees of $20 for each month remaining on your contract, many DIRECTV customers might not have a lot of flexibility.

Alternatives to consider for DIRECTV subscribers

It’s highly unlikely that DIRECTV will stop providing service to customers anytime soon. But if you’re concerned about this latest news, there are fortunately a number of worthy substitutes out there to fill that satellite-shaped hole.

There are a number of streaming services out right now that broadcast live TV channels. With the exception of AT&T TV, they all operate on month-to-month contracts, meaning you can cancel anytime. You won’t get as many channels with these services as you would through DIRECTV — AT&T TV is again the lone exception — but you’ll typically pay a lot less. Most cost around $50/mo.

Like Netflix and Hulu, they work by streaming video through your internet connection to your TV. To do that, you’ll need a smart TV that can connect to the internet, a streaming device like Roku or a gaming console.

Most services also recommend around 5 Mbps download speeds for buffer-free streaming. Keep in mind, though, that number will need to go up for every device that’s using the connection at once. Not sure what you’re currently getting? Take our speed test below to find out.

If you’re using a satellite TV service, you may not have cable TV available in your area. But if you do, it might be worth looking into making the switch — you can usually shave quite a bit off your monthly bill by bundling TV and internet service.