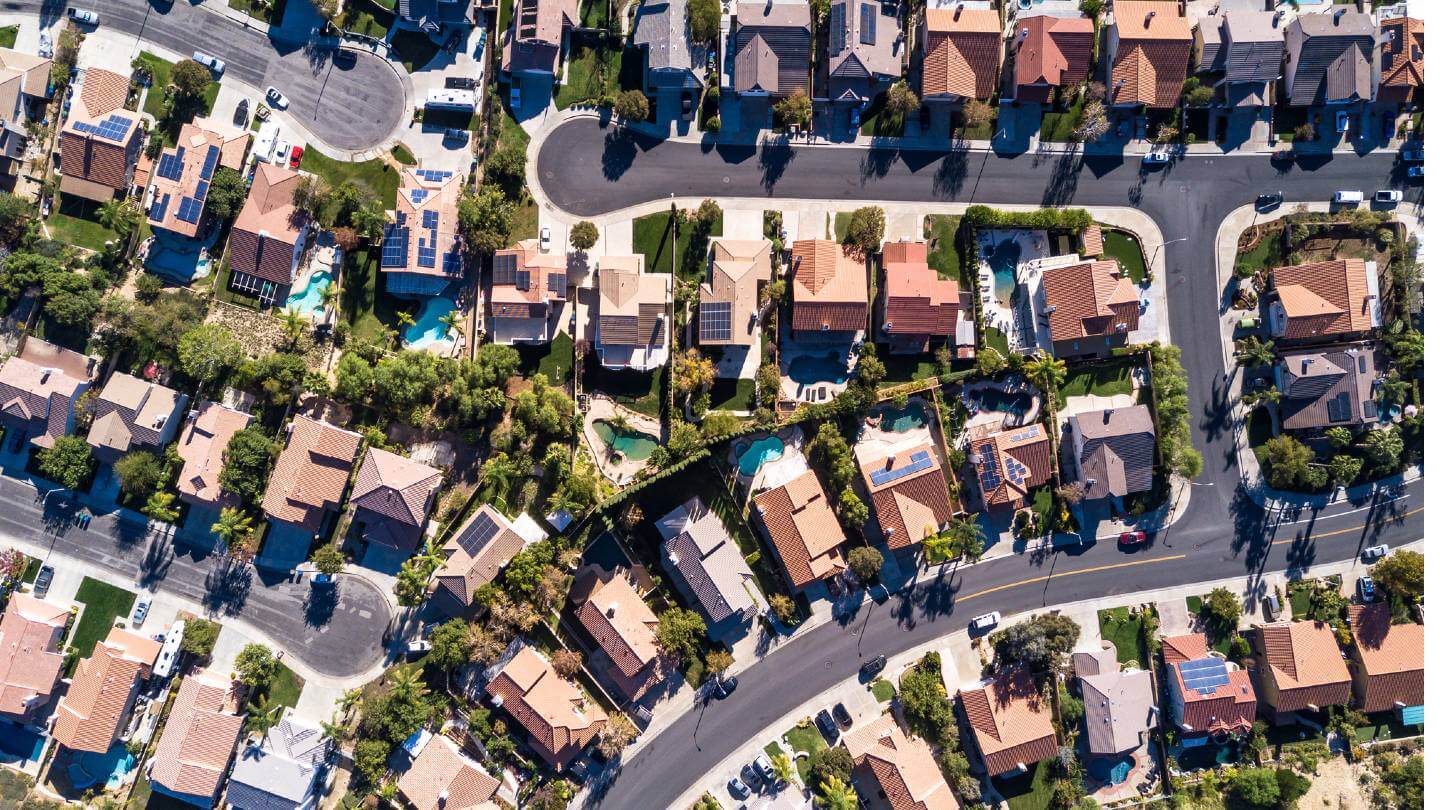 The American West is a land of extremes. It’s home to the highest and lowest points in North America, the country’s most remote backcountry and some of its biggest cities. Now we can add internet speed to that list of contrasts, too.

The West has both the state with the fastest average download speeds (Hawaii with 155 Mbps) and the slowest (Wyoming with 51 Mbps). Its cities and the suburbs surrounding them enjoy some of the best connectivity in the country. At the same time, its remote rural towns have some of the worst. Even price is sharply split: Arizona’s internet plans start at just $36/mo. on average, while Alaska’s are $63/mo.

In the 13 states we looked at for our analysis of the West — Alaska, Arizona, California, Colorado, Hawaii, Idaho, Montana, Nevada, New Mexico, Oregon, Utah, Washington and Wyoming — populations are almost entirely clustered around the largest cities, with vast swaths of wilderness covering the rest of the region.

Those demographics produced similar trends to those we saw in our report on broadband speeds in the Northeast. But in the West, the gap in internet speeds is even more dramatic.

“The key difference between the Western and Eastern U.S. when it comes to internet access is population density,” said Jameson Zimmer, a principal analyst at ConnectCalifornia, a regional broadband consultancy in the region. “The Western U.S. just has way more rural population to contend with than the Eastern seaboard.” In many parts of the West, the only internet options are slower satellite and DSL connections.

For this report, the Allconnect team analyzed internal data from 152,187 speed tests in the United States collected between October 2020 to January 2021.

For this report, the Allconnect team analyzed internal data from 152,187 speed tests in the United States collected between October 2020 to January 2021. To compare these results to advertised speeds and prices offered by internet service providers, we used the FCC’s publicly available data on broadband plans in the region. Finally, we relied on data from the U.S. Census Bureau for information on average household income.

Wealthy suburbs have the fastest internet speeds in the West

Like the rest of the country, the fastest internet speeds in the West can usually be found just outside the more densely populated cities. In these areas, residents generally have several internet service providers to choose from, and they typically offer competitive speeds. Most importantly, they often have access to the fastest broadband connection types around: fiber.

“Suburbs and MDUs (multi-dwelling units) are considered the ‘gold standard’ for fiber build outs by private providers because they provide predictable subscription rates at lower install costs compared with rural or complex urban settings,” Zimmer told us. “Suburbs in particular tend to have higher median income than urban or rural locations, which sweetens the deal.”

Our analysis of internet speeds in the West bore that out. While geography played a role, there was also a clear correlation between income and internet speeds.

Out of the 10 towns that topped our list for download speeds in the West, all but Cedar City, UT were near a major city like Los Angeles, San Francisco or Denver. Interestingly, these towns tended to have much faster speeds than the bigger cities they’re clustered around.

Thornton, CO, for example, is just a 20-minute drive from downtown Denver. But in the suburb, residents get a whopping 257 Mbps of download speed on average. In comparison, the nearby metro area only gets 48.4 Mbps — the lowest of any major city in the West.

Denver has the slowest speeds of any city in the region

The majority of Denver is serviced by just two providers, Xfinity and CenturyLink, and many residents only have access to one of the two. This duopoly has resulted in slower speeds across the board than you might expect from the 19th-most populous city in the country — and one of the fastest-growing.

48.4 Mbps of download speed is still enough for streaming Netflix and logging onto Zoom meetings, but it would rank dead last in the country if it were a state. And still, some Denver residents aren’t getting close to that number.

“It’s barely better than dial-up. We have been left behind and ignored,” one resident told Denver7 News in Aug. 2020. “We’re in the middle of a city, you know. Two miles that way is a Starbucks. It’s not the middle of nowhere.”

This is a much different view on the digital divide, which is often painted as a strictly rural problem. While access is still a major problem in many rural parts of the country — more on that below — urban residents are often saddled with few options and high prices, too.

According to research by John Horrigan, a Senior Fellow at the Technology Policy Institute, there are a total of 20.4 million households in the U.S. who don’t have home internet. 15.9 million of them live in urban areas and 4.5 million live in rural areas. In cities, internet service is almost always available, but it’s often too expensive for many people. But as these numbers out of Denver illustrate, paying for broadband isn’t always a guarantee that it will get you sufficient speeds.

On the other side of the Rocky Mountains, Salt Lake City, UT, has a much different internet story than Denver. The city gets the rare honor of having both the fastest average download and upload speeds in the entire region at 146.9 and 72.2 Mbps, respectively.

The Beehive State as a whole recently received the highest score of any state in the country in the Biden Administration’s Infrastructure Report Card. That said, there’s still plenty of room for improvement. The report noted that 9.25% of Utahns live in areas where “there is no broadband infrastructure that provides minimally acceptable speeds.” What’s more, 54.35% of Utahns only have one such provider available to them.

Rural towns are stuck with fewer options and slower speeds

Like our regional report on the Northeast, rural areas with smaller populations dominated our bottom 10 lists for both upload and download speeds in the West. Cities like Chinle, AZ, and Williams, CA, are located far outside major metro areas and don’t have the kind of population that draws investment from providers. In these places, residents typically rely on slow DSL or satellite service or forego home internet altogether.

63% of rural Americans said they had a home broadband connection, compared to 75% of urban residents and 79% of suburban residents, according to a Pew Research Center report.

“California in particular has a ‘90/10’ problem,” said Zimmer. “90% of the population lives in 10% of the state, with huge swaths of rural areas that mostly get by on satellite or niche fixed wireless ISPs.” These connections usually average around 15 Mbps, but they’re often much slower in more remote areas, as the chart above shows.

Learn more about the digital divide

The price of internet in the West is as varied as speed. Arizona residents enjoy the cheapest internet in the country, with an average starting price of just $35.99/mo. On the other end, Alaska has the most expensive internet costs, with plans starting at $62.99/mo. on average. In the middle are California and New Mexico, which fall right in line with the nationwide average of $49/mo.

With broadband internet on the expensive side in many areas of the West, local communities, the federal government and internet providers have developed several solutions to help get more people connected without breaking the bank.

“Some of the largest municipal broadband projects in the U.S. are in the western region,” Zimmer said. Think of these projects like your electric or water utilities. Municipal broadband networks are run directly by local governments to provide broadband where private companies have fallen short.

Unfortunately, many states have restrictions in place that make setting up these community networks almost impossible. In the West, Washington, Nevada, Utah and Montana all have outright bans on municipal broadband.

Some towns have turned to community Wi-Fi mesh systems, which allow people to share access to the internet. In San Rafael, CA, the nonprofit Canal Alliance has worked with the local city, county and school boards to build a large-scale free public Wi-Fi network to keep people connected during the COVID-19 pandemic.

“Communities that are predominantly low-income immigrants tend to have low home internet access,” said Zimmer. “The language barrier can create an issue on top of cost and access when it comes to taking advantage of traditional low-income access programs for these communities, especially for those who are undocumented.”

While government programs can be challenging to navigate, there are several resources available for low-income internet options. Government programs like Lifeline and the Emergency Broadband Benefit can cut up to $9.25 and $75 off your monthly bill, respectively. Additionally, a number of internet service providers now have their own low-income assistance programs that offer affordable internet access.