As we use the internet more and more, people are using their home phone lines and cable less and less. In fact, many families now use their smartphones as the primary way they view content from streaming sites such as Netflix and Hulu.

This has led to a new phenomenon — cord cutting, where people cancel their cable TV subscription in favor of streaming.

Using the latest gadgets, it is also easier than ever to stream content to the TV in your living room, so you’re not stuck on the small screen of your smartphone.

According to a Statista survey, 24% of households in 2018 with head of households between 18 and 34 have never even had a cable or satellite TV service and 21% had cut the cord in 2018.

So is it time for you to cut the cord, too?

Finding alternatives to cable internet or getting internet without a phone line will ultimately depend on where you live and what services are available near you.

However, chances are you probably have a few options. Read on to learn more about how to get high-speed internet without cable or a phone line.

These internet plans are ordered by cheapest price so you can compare cheap internet-only options.

*Pricing per month plus taxes for length of contract. Additional fees and terms may apply. Pricing varies by location and availability. All prices subject to change at any time. May or may not be available based on service address. Speeds may vary. As of 2/12/19.

Some of the companies above run promotions that let you get your internet at an even lower rate. Check out more standalone internet deals on Allconnect®.

While many providers offer internet and TV bundles, standalone internet is a great option if you want home Wi-Fi, but don’t want to pay extra for TV and phone.

Many providers, such as AT&T, CenturyLink, Frontier and Xfinity offer at least one standalone internet plan option. They may not be as cheap as plans from some regional providers like Buckeye Broadband, but almost every internet service provider has an internet-only plan.

If you’re a heavy internet user, watch TV via streaming services (like Netflix, Hulu, Amazon Prime), or use your cell phone as your primary phone, then just having Wi-Fi at home is perfect for you. You probably don’t need cable or phone service.

So, if you want to cut the cable cord, don’t worry, you can still get internet without cable or a phone line. Just contact your provider to see the standalone internet options in your area.

The following internet-only plans are ordered by cheapest price so you can compare cheap broadband options.

*Pricing per month plus taxes for length of contract. Additional fees and terms may apply. Pricing varies by location and availability. All prices subject to change at any time. May or may not be available based on service address. Speeds may vary. As of 2/12/19.

How to enjoy cable internet without the cable

Far too often, when people say the word “cable,” they’re referring to their TV service. But cable companies offer much more than cable TV.

They can also deliver digital phone service and high-speed internet directly to your home. In fact, cable internet providers use the same coaxial cable that connects to your television to bring you internet. Cable internet is a good option since most cable providers give you internet that performs close to advertised speeds.

If cable lines run through your neighborhood, that means you can likely get connected to the internet in no time at all. You don’t have to subscribe to a cable TV plan to enjoy an internet connection.

As an added bonus, if you subscribe to cable internet at home, your provider probably gives you free access to all of their Wi-Fi hotspots around town.

In 2012, Bright House Networks (now Spectrum), Optimum, Cox and Xfinity all announced that their broadband customers could access each other’s metro Wi-Fi hotspots for free. The cable internet companies call this shared network of more than 500,000 hotspots “CableWi-Fi” as an extension of the Wi-Fi services they offer.

To see where provider Wi-Fi hotspots are located in your area, head to CableWi-Fi.com and pick your provider for a map of nearby hotspots. Or, if they have one, download your provider’s mobile app and find available hotspots that way.

To access the internet via the hotspots, all you need to do is connect to the network and sign in with the credentials your cable provider has given you.

How to get free Wi-Fi without an internet connection

Can you get free Wi-Fi without having internet at home? Yes, you can! However, you may have to get out of the house more or pay for more cell phone data based on your two Wi-Fi options below.

Nations around the world already provide public Wi-Fi as a service to the general population. As the economies of U.S. cities like Amherst, MA, and Kansas City, MO, continue to boom thanks to free, outdoor Wi-Fi networks, more cities will begin to follow suit.

In the meantime, you and your family should be able to find internet connections without having an internet provider by using free, public Wi-Fi hotspots at nearby coffee shops, public libraries, universities, restaurants, bookstores, gas stations, hotels and more.

Turn your smartphone into a wireless modem

If you don’t get enough use out of a personal hotspot or USB modem, then the likelihood of you purchasing one is slim. The good news is that there’s another way to make Wi-Fi happen with a device that’s likely already in your pocket – your smartphone.

“Tethering” lets you turn your 3G or 4G cell phone signal into an internet connection. Certain apps for both Apple and Android operating systems can transform your smartphone into a portable modem, giving your laptop free Wi-Fi to use without ever needing an internet provider.

Just know that using your smartphone as your source of internet will quickly drain the phone’s battery, even with light surfing. It could also eat up your phone service data and quickly run you over your data limit.

When you want Wi-Fi but not cable, you don’t have to worry — you still have choices. Check out home Wi-Fi options that get you high-speed internet without cable service. Satellite, fixed wireless and fiber-optic internet all offer Wi-Fi without needing a phone line!

Using modern technology, providers can deliver high-speed internet and phone connections at different frequencies. As a result, many internet providers now offer their customers “naked” DSL service (also known as “standalone” DSL or “freestanding” DSL). Naked DSL service is DSL internet all by itself without phone service, which many DSL providers previously required. If you already have phone service and DSL internet with a provider, then there’s a good chance that naked DSL is available in your area. This option is especially cost-effective if your household is relatively small and each family member has his or her own mobile device.

In more remote areas of the country where other types of connections (like cable or phone lines) aren’t readily available, satellite internet is a phenomenal, and increasingly popular, solution for getting internet. That’s because satellite internet service providers beam their data signals into your home from satellites hovering above the earth out in space, so they don’t need to run any hard wires to bring you the web. It’s important to keep in mind that things such as interference from bad weather, for example, can affect satellite internet download and upload speeds. However, a variety of companies have already begun designing satellites that operate in lower orbits and could be used to deliver stronger, more reliable satellite internet signals. So, don’t be surprised if this cost-effective type of internet service earns more business once the next generation of satellites are in orbit.

If you’re looking for the fastest, most secure connection around, then there’s a good chance your next internet connection will be fiber. Fiber-optic, or fios, technology is capable of achieving incredible speeds far faster than DSL or satellite by transporting data in the form of light signals through a new kind of wire. Fiber internet wires are made of tiny, transparent glass fibers that are about the diameter of a human hair. While fiber speeds are so good that you can rapidly download music and movies, the downside is that it’s not yet widely accessible.  Your best option for internet without cable or a phone line will depend upon the cell phone service you have, the devices you own, the internet speeds you’ll need, your budget and where you live or travel. At Allconnect, we’re happy to help you find high-speed internet service at no cost to you. Ready to ditch your home phone or cable service? Just give us a quick call and we’ll get you started with the connection type and provider of your choice today. 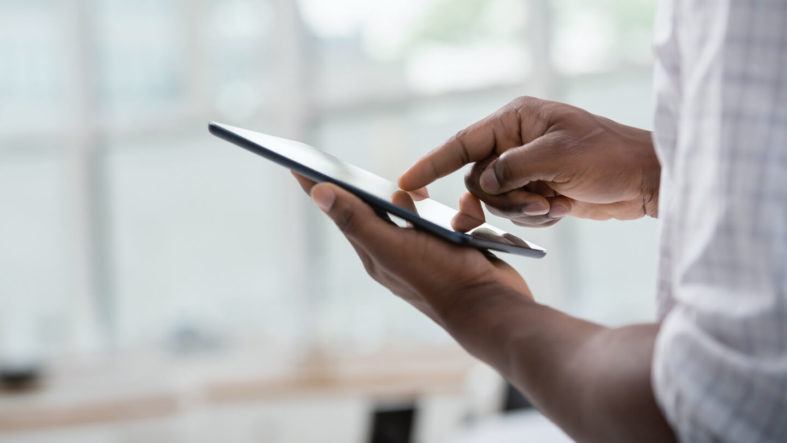 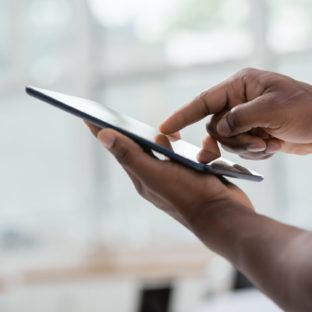 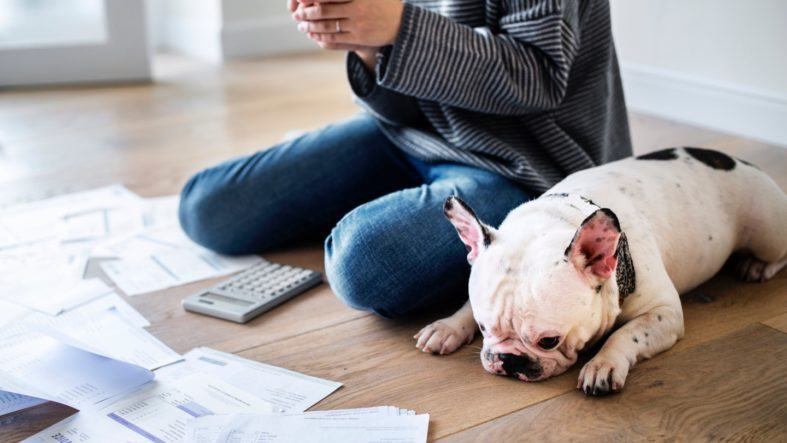 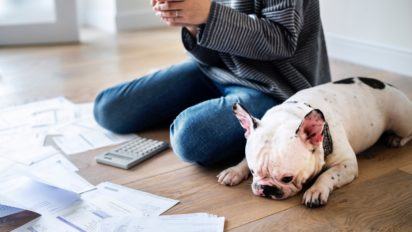 Don’t let hidden internet fees take you by surprise. Check out our provider-by-provider guide to understand the true cost of your internet bill. Read more 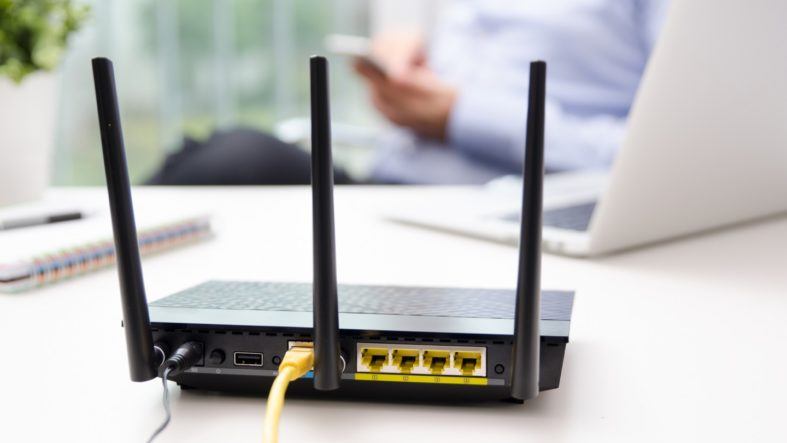 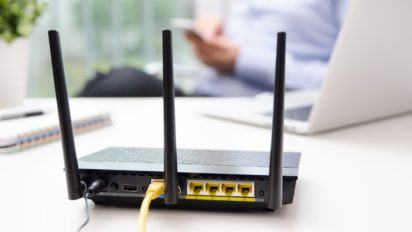 Tired of losing the Wi-Fi connection in your own home? Get uninterrupted connectivity throughout even the biggest of houses with a mesh network. Read more