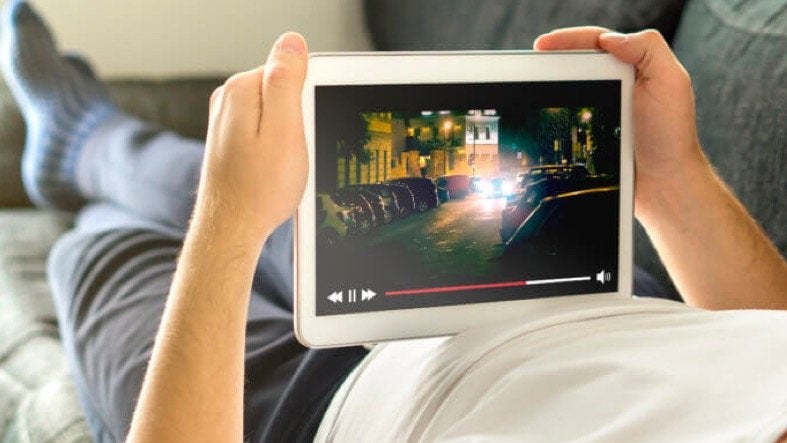 When streaming is one of your biggest internet activities, it’s easy to believe that you need the highest speeds your internet service provider has to offer. But before you spring for the most expensive plan you can get, think about the online activities you enjoy and the number of users and devices in your home to see which internet speeds you really need.

Click the links below to jump to a specific section:

No matter what streaming service you have, you’ll need about 3 Mbps for SD, up to 8 Mbps for HD and around 25 Mbps for 4K UHD streaming. Also, keep in mind that these recommendations are based on a household that’s only running one online activity at a time. The average American household is running six internet-connected devices at once, so it’s wise to spring for more speed just in case.

What internet speed do I need for Amazon Prime Video?

Like Netflix, you have three video quality options when watching Amazon Prime Video. For SD streaming, Amazon only requires 1 Mbps. Its recommended speed for HD streaming is only slightly higher at 5 Mbps. Finally, Amazon says you’ll only need 15 Mbps for 4K Ultra HD streaming. That’s on the low side compared to what other streaming services recommend, so we’d recommend factoring in some extra speed if you plan on doing a lot of 4K streaming.

What internet speed do I need for Disney+?

Disney+ is one of the youngest streaming services around, but its speed requirements mirror the other apps on this list. The only difference is that it doesn’t offer any way to stream in SD. If your internet connection is below 5 Mbps, you might have to deal with some buffering issues when using Disney+.

To stream in HD, Disney Plus recommends 5 Mbps. If you want to stream its large library of 4K movies and TV shows, you’ll need 25 Mbps — the same speed that Netflix recommends.

What internet speed do I need for HBO Max?

What internet speed do I need for Hulu?

All of Hulu’s plans have access to the same video quality, so its speed requirements are a little simpler than those of Netflix. That said, you can still choose between different resolutions on Hulu: Standard Definition (SD), High Definition (HD) and even 4K Ultra HD on Hulu originals.

What internet speed do I need for Netflix?

Unlike most streaming services, Netflix has three different plans with varying video resolutions, all of which have their own speed requirements. If you subscribe to Netflix’s Basic plan, the service recommends at least 1 Mbps. For it’s the Standard plan, you’ll need to increase that to 5 Mbps. Finally, if you want to stream in 4K on the Premium plan, you’ll want an internet connection that gets at least 15 Mbps speeds.

Streaming services recommend anywhere between 15 and 50 Mbps for 4K Ultra HD streaming. We recommend erring on the higher side. Because most houses have six devices connected to the internet at once, it’s likely that some of your bandwidth will be going somewhere else, too. Planning for at least 25 Mbps for only your 4K stream should give you a bit of wiggle room.

If you’re still experiencing buffering issues, you can follow some of our troubleshooting steps.

If you plan on broadcasting your own video out into the world, your internet speed needs will be a little different. In this case, you’ll need to look at your upload speeds, whereas streaming requirements from services like Netflix only deal with your download speeds. (You can learn more about the difference between download and upload speeds.)

Twitch recommends 3-6 Mbps upload speeds for broadcasting a live stream. For context, the average upload speed in the U.S. is around 52 Mbps, so most people should have plenty of bandwidth for Twitch streams. If you’re simply watching Twitch streams, you’ll only need 4-6 Mbps download speeds.

To broadcast a stream on YouTube Live, upload speed requirements range quite a bit. That’s because you can stream in a number of different video resolutions — 360p at the low end and all the way up to 4K Ultra HD with 60 frames per second. The highest quality would require around 51 Mbps of upload speeds, while the lowest needs as little as 1 Mbps. For most streamers, the answer will be somewhere in the middle.

Facebook recommends 4 Mbps of upload speeds to broadcast a live stream on its service. It has a maximum resolution of 1080p, so its maximum speed requirements are a lot lower than a platform like YouTube Live.

What is bandwidth and how much do I need?

When talking about internet speeds, you’ll often hear the words “bandwidth” and “Mbps” thrown around. In layman’s terms, bandwidth refers to how quickly you can download and upload data from the internet to your computer. Bandwidth is measured in megabits per second, or Mbps, and the more bandwidth you have, the faster your internet speeds.

The amount of bandwidth you get with your high-speed internet plan is divided amongst all the users and devices in your household, so you’ll need to consider your typical internet activities to know how much bandwidth you need. Keep in mind that activities like streaming and gaming tend to take up more bandwidth than casual web browsing.

Take our quiz to find out how much bandwidth you’ll need to support your online activities.

The speeds you’re receiving and the internet speed you initially paid for won’t always be the same. A number of things can affect your internet speeds at any given time, including who’s using your connection and what they’re using it for.

The types of internet connections that are available in your area will also have a big impact on what speeds are available to your household. Satellite and DSL connections often offer speeds on the lower end of the spectrum while cable or fiber-optic providers offer the fastest.

There’s a big difference between one person watching Netflix on a 100 Mbps cable plan and five people watching Netflix on that same plan. Your high-speed internet connection only has so much bandwidth to share, and the more people use it, the more susceptible it is to lag.

“Connection traffic” refers to the competition between devices for bandwidth on your connection. Cable internet subscribers may even be sharing bandwidth with other users in their area. The use of high bandwidth devices like gaming consoles during an inopportune time such as “internet rush hour” can lead to slow speeds for even the smallest households.

In some cases, it’s possible that your internet service provider is limiting your bandwidth or slowing your connection during streaming, gaming and large file downloads. This industry practice, commonly called “throttling,” can also go into effect when a consumer surpasses their monthly data limit.

Try our speed test today to see how your high-speed internet provider’s advertised speeds compare to the speeds you receive. Remember to pause any outstanding internet activity that could skew your results during the test.

Get the speed you need

Streaming more than your current internet speeds can handle? Call now to shop the fastest service providers in your area with help from an internet expert.