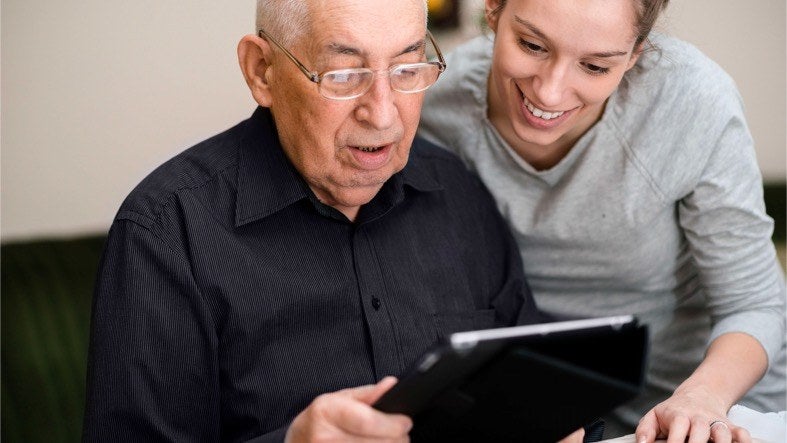 Ever had a grandparent call you with a question about their Wi-Fi? Or had to explain how to use Twitter to an elderly neighbor?

You may think older internet users aren’t as digitally aware as younger internet consumers, but the facts might surprise you.

While they may not watch viral videos or share memes, baby boomers are more technically engaged than most people give them credit for.

What is a baby boomer?

Before we dive into the “how,” let’s define the “who.” Although the time boundaries for generational labels fluctuate slightly depending on who you ask, baby boomers are generally accepted as anyone born between 1946 and 1964. The first baby boomers reached retirement age in 2011 ― currently, they’re around the ages of 55 to 73. While they may be eligible for senior discounts, we shouldn’t discount their technological savvy. After all, technological giants like Bill Gates, Paul Allen and Time Berners-Lee fall into the baby boomer bucket.

Baby boomers don’t necessarily use the internet less than other adults, but their habits may appear that way due to their internet activities. As it turns out, 87 percent of adults ages 50-64 used the internet in 2018 ― only about 10 percent less than the study’s two younger age groups (adults ages 18-29 and 30-49). In fact, a study featured in Forbes found that “boomers of all ages were more likely than any other age group to spend an hour or more a day online.”

The same study discovered that out of all adult age groups, baby boomers are the least likely to use social media. Surveyed adults were asked whether they agreed or disagreed with the statement “The number of followers, mentions, photos, etc. you have on social media, the more successful or popular you are.” While almost 50 percent of adults ages 55-64 completely disagreed, only about 20 percent of adults ages 25-34 felt the same. This shows that even though some boomers are socially engaged online, they don’t place as much value on those interactions as younger audiences do.

Social media is only one of the many ways baby boomers use the internet differently than other adults. The chart below displays some of the common ways adults engage with the internet. As you can see, all three generations ― baby boomers, Gen X and millennials ― have different usage habits.

Older internet users may not watch as many viral videos or send as many instant messages as younger users, but they are interested in sending emails, checking the weather, searching for news and political information and handling their banking.

In January, researchers at New York University and Princeton University released a report studying the prevalence of fake news dissemination on Facebook. Their report focused on Facebook profile data specifically from the 2016 U.S. presidential campaign period when the worry of fake news reached a new high. While the results found fake news sharing to be fairly rare, researchers stated, “… our most robust and consistent finding is that older Americans were more likely to share articles from fake news domains.”

Interestingly, the previously mentioned study featured in Forbes found that boomers were the age group most concerned about their online security ― they didn’t feel completely safe online, but they had few security issues to report and were careful to limit what personal information they share online. This finding somewhat contrasts the findings of the fake news study, as one displays the unintentional spread of phony content, whereas the other shows an effort to maintain security.

When examining the online habits of older consumers, we should also consider the technological period they grew up in. While most older adults are familiar with televisions and computers, newer technology, like smartphones and tablets, isn’t commonplace to them. These complex interfaces are built to support a new generation of digital users who rely heavily on social networking platforms, online shopping and other internet-focused activities.

With the digital landscape constantly changing, it’s important to remember how different generations interact with their connections and devices. Technology statistics show that older audiences are still heavy internet users, but their activities and habits don’t mirror those of younger generations ― particularly their social media use. With their focus on security but potential confusion around secure resources, it’s important for older internet users ― and internet users of all ages ― to be wary of what they click on.