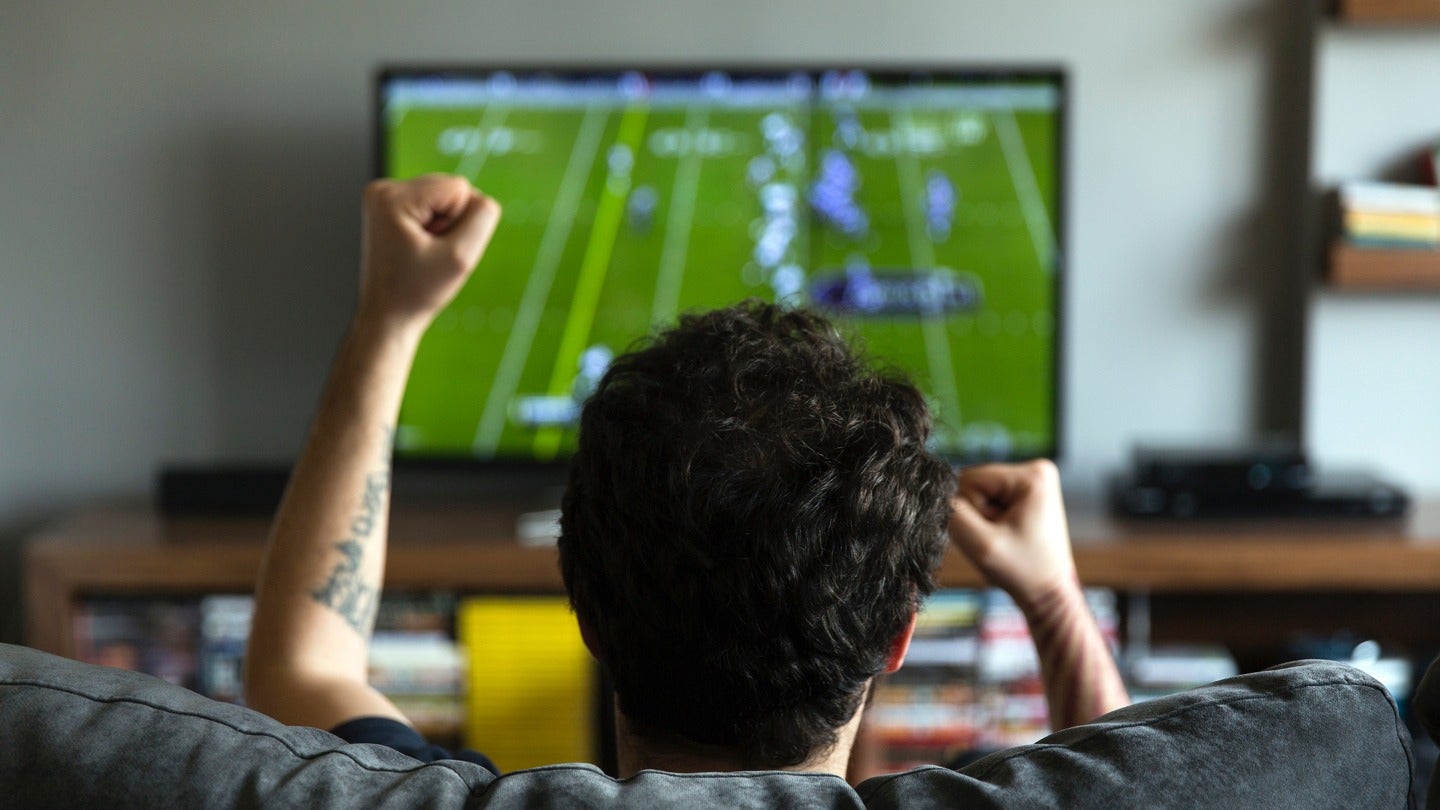 FOX announced that it will be broadcasting every Thursday Night Football game in 4K HDR for the entirety of the 2020 season.

Starting with the October 8 Buccaneers vs. Bears game, every Thursday Night Football game will be broadcast on the FOX Sports and FOX NOW apps in 4K, or directly through your TV through participating TV providers.

FOX has been on the cutting edge of live 4K broadcasting for a while now, airing MLB, college football and basketball and World Cup games in 4K. Now it’s the first to bring that technology to the NFL.

There are few types of programs that would benefit more from 4K’s increased resolution and higher contrasts as sports, and football in particular.

“I think it just adds to the bigness of the game,” FOX Sports SVP Field & Technical Operations, Michael Davies told us.

“Football, especially night-time football, benefits in a few ways. We’re seeing a lot more details in the whites and blacks. And to see the speculars on the helmets and the detail on the audience gives a much more vibrant experience.”

4K HDR will also illuminate one part of the game that’s often hidden in football: the players themselves. “Everybody’s wearing their helmets, of course,” Davies said. “So when we go in for those really tight shots of emotion, you can see much more of the face hidden in the shadows.”

It promises to be a much-improved experience for NFL fans. Here’s everything you need to start watching Thursday Night Football in 4K.

How to watch NFL games in 4K on FOX Sports

You have two options for watching the NFL in 4K. If you subscribe to DIRECTV, Optimum, Xfinity, Verizon Fios, TVision or fuboTV, the process couldn’t be simpler: Just flip to your provider’s 4K channel on Thursday nights.

If you don’t subscribe to any of the above TV services, you’ll have to download the FOX Sports or FOX Now app. From there, all you need is a participating TV provider and a compatible streaming device capable of streaming in 4K.

Watching the NFL in 4K on the FOX apps is a relatively simple process. All you need is a participating TV provider and a streaming device capable of streaming in 4K.

The following devices can be used to watch games in 4K using the FOX Sports app:

The major name missing from this list is PlayStation gaming consoles. Unless you have a 4K TV that utilizes that Android TV operating system, you won’t be able to download the app directly to your TV, either.

After you’ve downloaded the app, you’ll be asked to sign in with your TV provider.

Once you find your provider, simply enter your login credentials for that company. FOX Sports works with just about every cable provider and streaming service we tried, so you should be able to find yours pretty easily.

From there, it’s as simple as finding games that are being broadcast in 4K. Right now, the only NFL games that will be broadcast in 4K are Thursday Night Football. You can also catch some MLB games in 4K through the FOX Sports app.

There is not a separate section for 4K broadcasts — simply look for a “4K” badge on programs in the channel guide.

What does 4K mean?

High definition (HD) TVs generally have 1,280 x 720 pixels, with Full HD going all the way up to 1,920 x 1,080. Standard definition, on the other hand, only 720 x 480 pixels. That means newer 4K TVs usually have about eight times as many pixels as HD models, providing a sharper level of detail and contrast.

Unfortunately, while it’s hard to buy a TV these days that’s not 4K, the technology is still way ahead of the content. For the most part, streaming services like Netflix and Prime Video are the most popular ways to watch 4K movies and shows, with 4K Blu-rays as another, pricier option.

FOX’s broadcasts are upscaled to 4K from 1080p HDR

Like most 4K content out there, FOX upscales its Thursday Night Football broadcasts from 1080p HDR to 4K HDR. So, no, it’s not technically shot in “native” 4K.

“When you’re dealing with a massive amount of cameras like you have in Thursday Night Football, the amount of pixels that you would have to wrangle for 4K exceeded the way that we could pass on the game as a big, bad 35-camera game,” Davies told us.

But most experts will tell you that high dynamic range (HDR) on 4K TVs is more impactful than the increased resolution anyways. HDR refers to the difference between dark and light colors on the screen, and it’s arguably the greatest leap TVs have made in the past decade. In short, the blacks are deeper and the brights are brighter on 4K TVs.

“That’s why we arrived at 1080p and upconverting it to 4K but also doing it in HDR,” Davies explained. “We can preserve and give everything the fans have been used to seeing on Thursday Night Football — the multiple cameras, the super slow motion, the pylon cams, the sky cams — done in a much more dynamic way.”

“The fact is that you don’t see a lot of 1080p anyway on TV,” Davies said. “Although the upscalers are really good, what we’re really pushing here is the high dynamic range. Being able to pass along that expanded color space looks pretty sweet.”

For now, FOX Sports represents the best way for most viewers to get games in 4K. DISH Network and DIRECTV also air regular NBA, MLB, NCAA, Premier League and PGA broadcasts in 4K, but it is far from widespread.

We’ll continue to keep you updated as more 4K broadcasts become available for sports fans. Keep an eye on our Resource Center for the latest news and information, as well as our Facebook and Twitter pages.