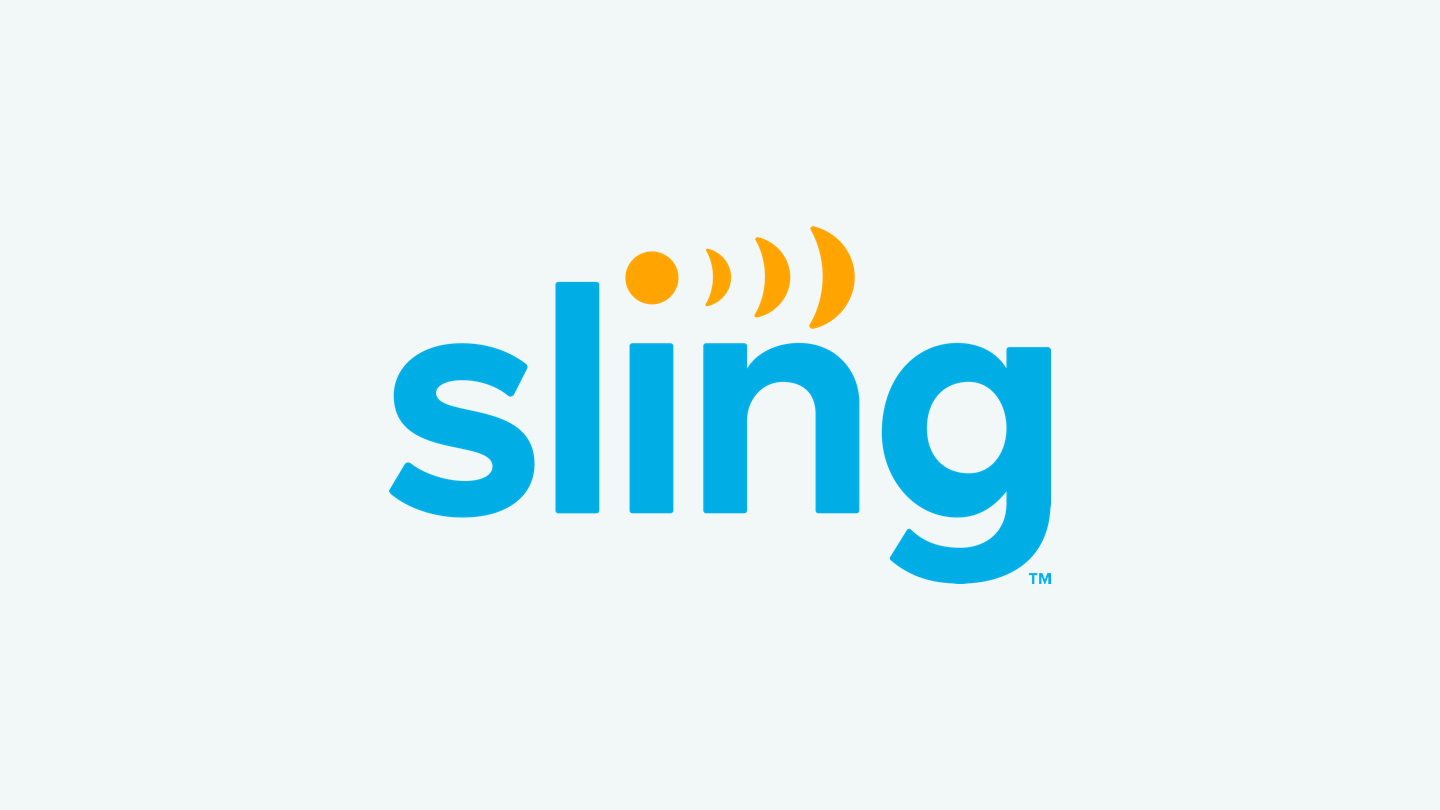 What is Sling TV?

With 2.47 million subscribers, Sling TV is one of the most popular live TV streaming services around for a reason: It’s cheaper than almost any of its competitors. Sling’s most expensive package is only $55/mo. — less than anything offered by Hulu + Live TV, DIRECTV STREAM, YouTube TV and fuboTV — and it has even cheaper plans at $40/mo.

And while those packages are missing major channels like ABC, CBS and Animal Planet, Sling is still one of the best options around for those looking to significantly trim down their monthly TV bill. But if you want a more robust channel lineup — or if you’re a diehard sports fan — you’re better off going with fuboTV, YouTube TV or Hulu + Live TV.

How does Sling TV work?

Sling TV streams live TV channels through your internet connection. It’s the TV experience you’re used to without the clunky equipment, hidden fees and long-term contracts. All you need to start watching is at least 5 Mbps internet speeds and something to stream it through like a smart TV or streaming device.

How much does Sling TV cost?

Pricing per month plus taxes for length of contract. Additional fees and terms may apply. Pricing varies by location and availability. All prices subject to change at any time. May or may not be available based on service address. As of 1/23/23
*Channel selection varies by location

Sling TV offers three packages in total: Orange ($40/mo.), Blue ($40/mo.) and a discounted combination of the two, Orange + Blue ($55/mo.). Unlike most streaming services, Sling doesn’t offer a free trial, but its plans are usually discounted for the first month.

What channels does Sling TV have?

Sling TV’s channel selection is much weaker than other live TV streaming services. Notably, ABC and CBS aren’t available in any plans.

Live TV streaming services generally come in two flavors: skinny bundles and cable replacements. On their own, Sling Orange and Blue offer a slimmed-down TV version unique to live TV streaming. Together, they resemble more of a traditional TV package. That is, you’ll have to pay for many channels you never watch.

Sling Blue has a better all-around channel lineup, but Orange includes ESPN and Disney Channel. Blue also gets you three simultaneous streams, while Orange only includes one.

There is a lot of overlap between Sling’s Orange and Blue plans. In fact, around 80% of Orange’s channels are also available in Blue. That said, there are some key differences between the two plans. Sling Blue has an objectively better channel lineup. It has 41 channels to Orange’s 31, including FOX, NBC, Discovery Channel and FX.

But Sling Orange has one must-have channel that is non-negotiable for huge segments of viewers: ESPN. Without it, sports fans would miss out on many sporting events, including Monday Night Football’s marquee NFL matchups, the College Football Playoffs and NBA Conference Finals games.

It’s why the channel and its affiliates cost a reported $9.06 in more than half of American homes. If you don’t need ESPN, you’ll get a lot more value with a plan that doesn’t include it.

The channels Sling is missing are tough to overlook. It doesn’t have ABC or CBS in any of its plans — the two channels consumers said they wanted more than any others in TiVo’s survey of 3,300 consumers. Granted, you can get those channels for free using a TV antenna, but it certainly degrades the channel-surfing experience to exit the Sling app whenever you want to watch ABC or CBS.

Out of Sling, Hulu, DIRECTV STREAM and YouTube TV, Sling is the only service that doesn’t have all of the “big four” networks: ABC, CBS, FOX and NBC.

Is Sling TV good for sports?

Sling doesn’t have ABC, CBS or FOX Sports regional networks, so many fans won’t be able to watch their local MLB, NBA and NHL team’s games on the service.

Casual fans can get by with Sling, but if you’re a more avid sports viewer, you’ll probably want to upgrade to Hulu + Live TV or YouTube TV. That’s because Sling is missing ABC and CBS, two of the most important channels for sports fans. Without them, you’ll miss NFL games every Sunday (and during the playoffs), the NBA Finals and several college football games.

Outside of the MLB, Sling lacks at least one channel that airs live games from each of the five most popular sports leagues in the U.S. For most sports, you’ll have to pay $10/mo. for the Sports Extra pack to access league channels like NBA TV and MLB Network.

Another problem for sports fans is that the key sports channels are split between Orange and Blue. Orange has ESPN and TNT, while Blue has FOX and NBC. If you want to catch most NFL games, for instance, you’ll need both, which costs $45 (and it’s still missing CBS).

More importantly, Sling has the weakest selection of regional sports networks (RSNs) of any live TV streaming service. These are the channels that broadcast your local NBA, MLB and NHL team’s games. Sling only carries three RSNs total: NBC Sports Bay Area, NBC Sports California and NBC Sports Washington. If your local team doesn’t play on one of those, you’re out of luck.

Sling TV offers more ways to customize your channel lineup than any other streaming service.

Most live TV streaming services promise some version of “à la carte TV,” but Sling is the only one that reasonably delivers it. It has seven groups of channels you can add to any of its plans for an additional monthly fee, or you can add all seven for a discounted rate.

Sling TV provides the most international-friendly service around. If English isn’t your first language, you can choose from 17 different packages to add to your Sling TV plan.

Sling isn’t exactly difficult to navigate, but it is one of the least user-friendly streaming services we’ve tested.

Like every other streaming service (and every cable and satellite TV interface of the past decade) Sling uses a channel guide to help you find something to watch.

It’s perfectly serviceable, but it can also be unnecessarily cumbersome. When you click on a channel, for example, instead of taking you directly to what’s playing, Sling opens up a separate window that shows you a description of the program. From there, you click “Watch Live” to actually view the show.

Clicking your remote an extra time isn’t a dealbreaker by any means. But that added step made the experience just a little more frustrating. We tested Sling on Roku and Fire TV streaming devices as well, and the result was exactly the same.

Sling also opts not to use any colors in its interface aside from its logo, for a TV experience that feels like you’re reading a Word doc. Compare that to YouTube TV’s dynamic channel guide below, and Sling’s design starts to feel even more mailed in.

Sling is the only live-streaming service that doesn’t offer a free trial, but it makes up for it with many generous promotions.

It’s disappointing that Sling doesn’t offer a free trial to customers who want to test out the service. We’ve come to expect it, and it’s something that comes standard with every other streaming service. Instead, it swaps that free week with $10 off your first month of service. That lowers the price of Orange and Blue to $30 in the first month, and Orange + Blue to $45.

To make up for its biggest channel gaps, ABC and CBS, Sling offers customers a free indoor or outdoor TV antenna when you pre-pay for two months of service. They’ll even send out someone to install it professionally for you.

This does add an annoying extra step to the TV-viewing experience — you’ll have to switch TV inputs and remotes every time you want to watch a local channel — but it’s a big part of why Sling can keep its prices so low.

Not sure how to stream on your TV? Sling will send you a free Amazon Fire TV Stick streaming device when you pre-pay for two months of service, a $50 value on its own.

Yes. Sling added 10 hours of free DVR storage and unlike other streaming services, recordings have no expiration date. If 10 hours isn’t enough, you can upgrade to 50 hours for an extra $5/mo.

How many simultaneous streams does Sling TV allow?

Sling allows one stream at a time on its Orange plan, two on its Blue plan and four on Orange + Blue. If you try to stream on more devices than it allows simultaneously, you’ll get an error message on the first device that was signed in.

What internet speed do I need for Sling TV?

If you’re unsure what speeds you’re currently getting, use our speed test below to find out.