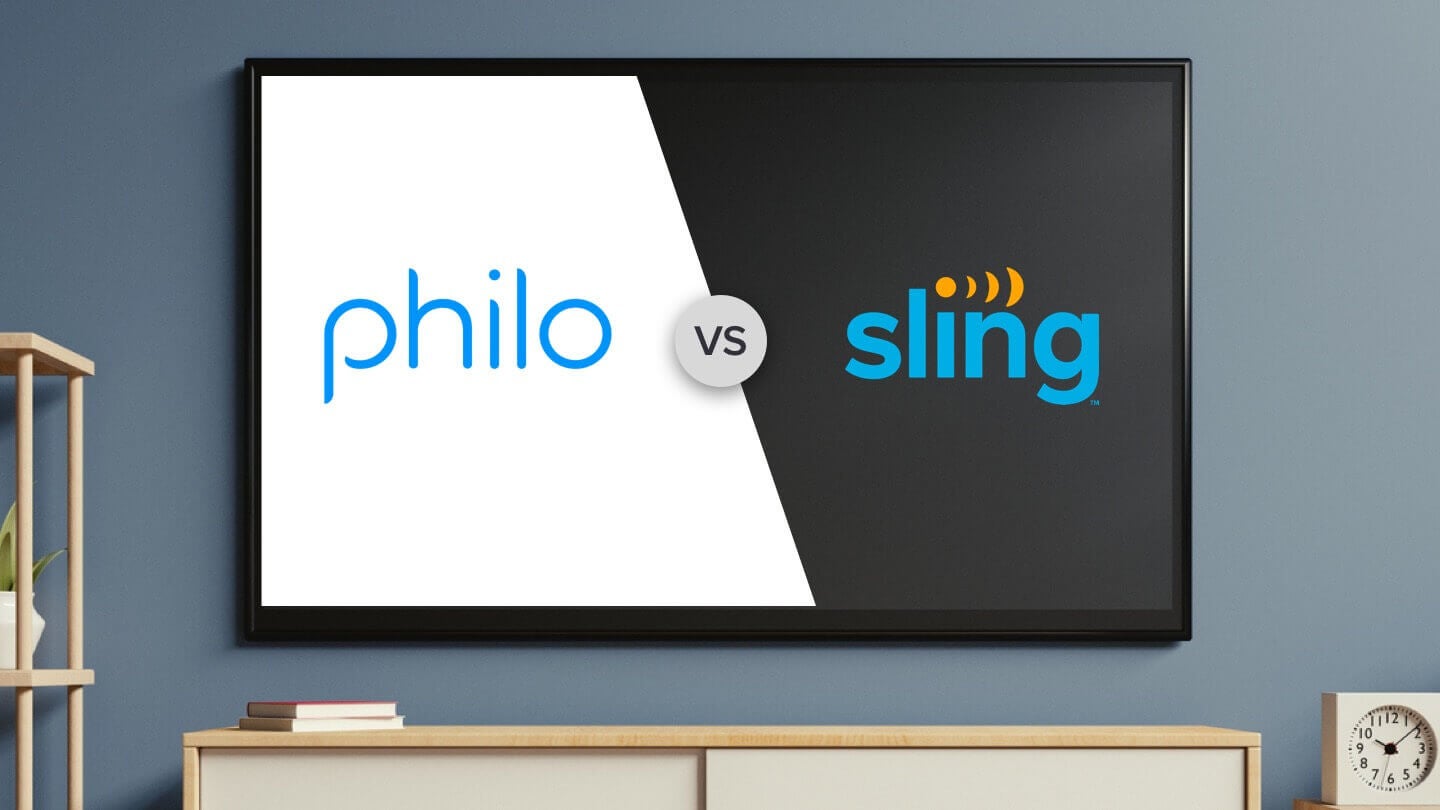 When it comes to live TV streaming services, you generally have two options: “skinny bundles” that dramatically cut down your monthly TV bill, and cable replacements that carry the same high price and channel offerings as traditional TV. Philo and Sling are the two most popular streaming services for people who are really looking to save money.

Philo’s lone plan costs $20/mo., and includes nearly 60 channels (none of which air live sports) and unlimited cloud DVR storage. You’ll get channels like Animal Planet, MTV and Nickelodeon — none of which Sling carries.

Sling has three plans to choose from, plus a number of add-on packages. It starts at $30/mo. and includes some sports channels like ESPN and NFL Network, but don’t expect to catch every game. It also includes 10 hours of cloud DVR storage in all plans.

While both Philo and Sling TV are two of the cheapest live TV streaming services available, there’s still a pretty big price difference between them. Philo only has one plan for $20/mo., while Sling has three ranging from $30 to $45.

Pricing per month plus taxes for length of contract. Additional fees and terms may apply. Pricing varies by location and availability. All prices subject to change at any time. May or may not be available based on service address. As of 06/09/20.

Philo actually has more total channels than any of Sling’s packages, but they’re not the ones that viewers want the most. To gauge the quality of each service’s lineups, we used TiVo’s quarterly Video Trends Report, which asked 3,330 respondents, “Which channels would you be interested in including in your TV package?” Philo had a better lineup overall than Sling Orange, but significantly worse than Sling Blue.

Pricing per month plus taxes for length of contract. Additional fees and terms may apply. Pricing varies by location and availability. All prices subject to change at any time. May or may not be available based on service address. As of 06/09/20.

Philo doesn’t have any sports channels — that’s why it can afford to charge just $20/mo. If you can live without those, it’s one of the best deals in streaming. Sling Orange is better for sports fans, but not by much. The only sports channels it has are ESPN and NFL Network, and it only carries three full-time regional sports networks: NBC Sports Bay Area, NBC Sports California and NBC Sports Washington.

Aside from sports, Philo and Sling’s channel lineups are fairly similar. The best one for you probably comes down to a few key preferences. Here’s how they compare for some of the most popular TV channels:

Because these are some of the cheapest live TV streaming services available, all three are missing some popular channels, including ABC, CBS, PBS, The Weather Channel, The CW and FXX. That said, many of these can be gotten for free with a TV antenna or Locast, a free service that streams local channels.

Sling also lets you add on a number of premium channels and packages to your plan, so you can customize your lineup a bit. With Philo, what you see is what you get. Its $20 plan can’t be added onto or modified in any way.

When you take price into account, Philo unquestionably has the edge on Sling. Its channel lineup is arguably better than Sling Orange for $10 less per month. You can’t say the same about Sling’s Blue package, but it’s hard to argue that the extra $10 for Sling is worth the extra channels. Plus, Philo offers unlimited cloud DVR storage compared to just 10 hours for Sling.

To test out Philo and Sling, we used both of them on a Roku Streaming Stick and Amazon Fire TV Stick for about a week each. Philo came out ahead by a decent margin, but to be honest, neither service particularly impressed us. (If you want a truly great experience, go with YouTube TV.)

Philo’s dark background and horizontal guide weren’t the easiest on the eyes, but it showed us everything we needed to know when channel-surfing, and we were used to it after a couple days. We also liked how you could hold down the “OK” button on the remote to see a brief description of a program while browsing.

While our reaction to Philo was pretty neutral, Sling was actively frustrating to use at times. The app stalled at various points, and it required two clicks to choose a program from the live TV guide — an annoying and unnecessary extra step. Sling has improved as we’ve tested it over the years, but for now, Philo still holds an edge.

Philo wins this category easily, with unlimited cloud DVR storage and three simultaneous streams. Sling, meanwhile, offers 10 hours of DVR on all its plans, but you can also upgrade to 50 hours for an extra $5/mo. The number of devices you can stream on at the same time are different for each of Sling’s plans. You’ll get one with Orange, three with Blue and four with Orange + Blue.

Sling has the edge when it comes to how you can watch it. Philo won’t work with Google Chromecast, gaming consoles or any smart TVs not running the Android TV operating system. Sling, on the other hand, works with just about everything that streams TV, with the exception of PlayStation gaming consoles.

Other alternatives to consider

There are nine live TV streaming services available to U.S. customers, and most of them graded out higher than both Philo and Sling in our analysis. For those looking for the very cheapest option, AT&T Watch TV has a better channel lineup than Philo for only $15/mo., but you won’t get perks like DVR or simultaneous streaming.

If you’re ok paying a little more for sports and a better user experience, YouTube TV was the best all-around streaming service in our analysis, while AT&T TV had the strongest channel lineup. For more detailed information, you can check out our full reviews below:

Which one should you get?

Philo and Sling received the same overall score in our analysis, so we think it’s basically a toss-up for most people. It comes down to this: If sports and local channels are important to you, it’s probably worth paying a bit more for Sling. But if you can do without them, Philo has a comparable channel lineup for $10 less, and you get great perks like unlimited DVR storage and three simultaneous streams.