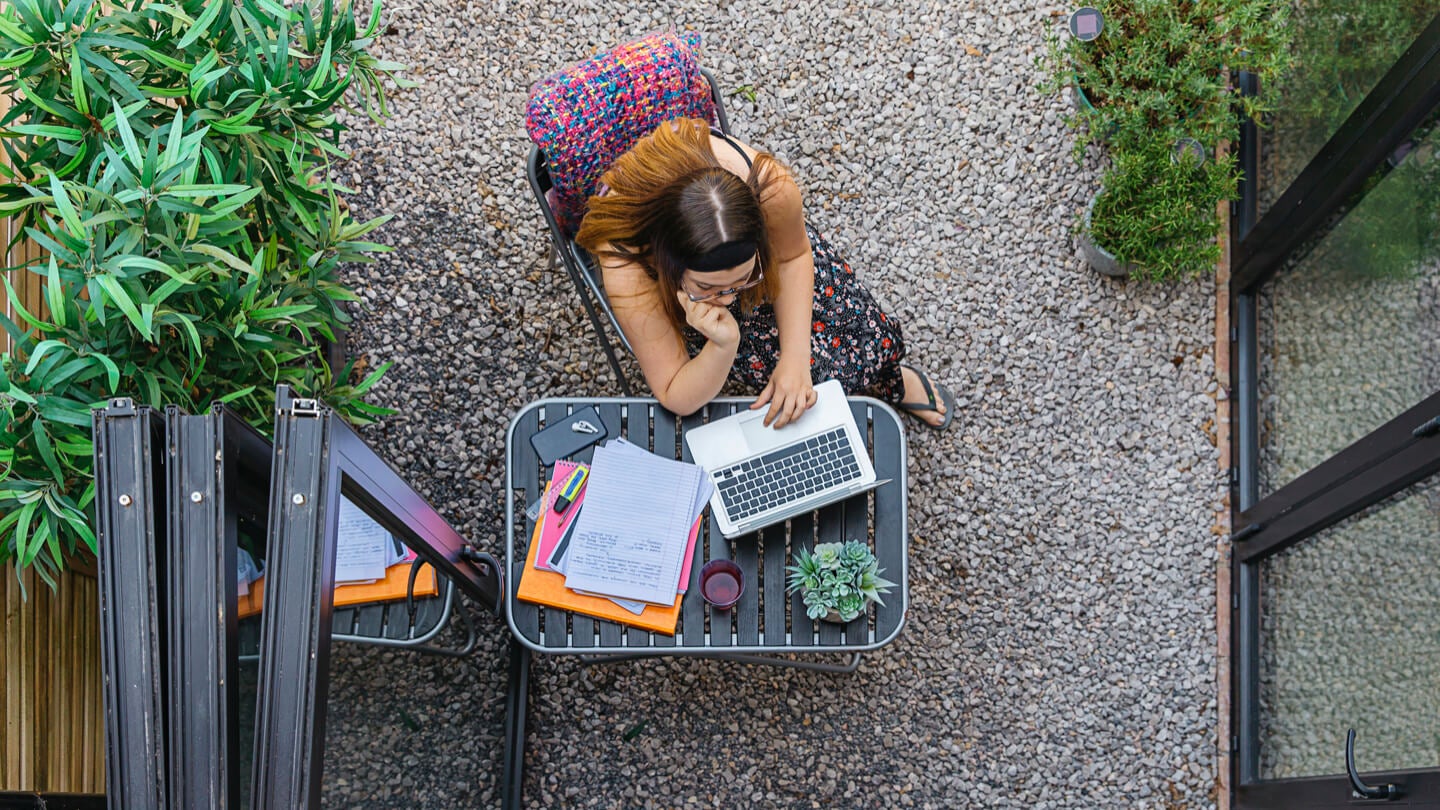 Since the COVID-19 pandemic hit in 2020, remote work has gone from an option for some to a necessity for many. 42% of the American labor force worked from home full time in 2020 — almost twice the number that are going in to work — and experts say that trend will continue even beyond the pandemic.

For many, this is the perfect opportunity to escape to the remote landscapes of their dreams. But far-flung scenic beauty doesn’t always provide the best working-from-home conditions. To help make those dreams become a reality, we found the best of both worlds — pristine and accessible wilderness where you can also access a great internet connection.

With 191 state parks, three national parks and average download speeds of 90 Mbps, Florida tops our list as the very best state for nature-seeking remote workers. A full 6.33% of the state is made up of parks, including Biscayne, Dry Tortugas and Everglades National Parks. With more than 8,000 miles of coastline in the state, you’re never far from mother nature.

Fortunately for remote workers, proximity to nature doesn’t mean disconnection from the internet. Because 29% of the state is covered in wetlands, coverage isn’t quite as extensive as some other states. But in most places, you can expect fast and reliable broadband.

From the high desert of the Columbia Plateau to the Olympic Peninsula’s lush rainforests, few places have a diversity of ecosystems like Washington state. Whether you prefer mountains, oceans, rivers or even volcanoes, the area is a nature-lover’s paradise.

And when you’re not out enjoying the scenery, you should have no trouble getting your work done back at home. Washingtonian’s get 70 Mbps download speeds on average. That’s slightly lower than the country as a whole, but still enough for 23 simultaneous Zoom calls.

Massachusetts is one of the best connected states in the country, with residents receiving an average of 88 Mbps download speeds. And outside of Boston, you’ll have plenty of opportunities to enjoy the great outdoors. A full 65% of the state is classified as rural, and residents are never far from one of Massachusetts’ 154 state parks.

You don’t need us to tell you that California is beautiful. It has more national parks than any other state, over 3,000 miles of coastline and both the oldest and largest trees in the world. No matter where you live in the Golden State, you’re never far from breathtaking scenery. In all but its most remote areas, you should have no problem working from home, either. Download speeds are 62 Mbps on average, and much higher in the state’s huge metropolitan areas.

If you’re after a truly remote working experience, look no further than Alaska. Nearly 10% of the state is made up of national and state parks, but that figure actually understates it — 60% of the state is owned by the federal government, and includes areas like wildlife refuges and national forests.

That said, you won’t get the same kind of broadband connection that you would in the lower 48. Alaskans only receive 24 Mbps download speeds on average, which is the 12th lowest of any state. In fact, our internet connectivity report found that six of the 10 worst areas for internet were all in Alaska. If you are interested in working remotely there, you’ll have the best luck in cities like Juneau and Anchorage. Both cities have solid coverage with speeds averaging around 80 Mbps.

What’s more, you’ll actually get paid just for living there. Every year, the Alaska Permanent Fund delivers a check to residents from the state’s oil production revenue — $1,606 in 2019.

One of the most picturesque locations in the world, it’s hard to imagine a more ideal work-from-home spot than Hawaii. No matter which island you’re on, you’ll likely be in close reach of spectacular scenery, with public parks covering nearly 10% of the state. Internet speeds are generally reliable in The Aloha State, too, with average download speeds of 64 Mbps.

New Jersey is called the Garden State for a reason. Head south from Newark for a little over an hour and you’ll run into Pinelands National Reserve — 1.1 million acres of farms, forests and wetlands, and the largest body of open space on the Eastern Seaboard from Richmond to Boston. It’s an especially appealing place for remote workers looking to get away from it all, with average speeds of 96 Mbps, good for third-highest in the nation.

Home to a whopping 44 state parks and five national parks, Utah is a nature-lover’s paradise. What makes the state unique is that its natural beauty also comes with 21st-century amenities. You can expect download speeds of nearly 100 Mbps across the state, with particularly strong coverage in Salt Lake City, where customers can choose from more than 20 internet service providers.

A serene natural landscape probably isn’t the first thing that comes to mind when you think of New York, but the Empire State actually has more state parks than any state but California. The Adirondack and Catskill Mountains in Upstate New York offer some of the best views east of the Mississippi. What’s more, the area has the internet coverage and speed to make it a viable remote working destination.

Pennsylvania cities nabbed three of our top 10 spots for the best locations for internet connectivity, and most of the state experiences equally superb performance, with 78 Mbps download speeds on average. It has an astounding 121 state parks in addition to the vast Allegheny National Forest, which protects more than half a million acres of rolling hills. Remote workers in this area will have access to some of the most pristine, old growth forest in the country.

Other alternatives for internet

Even if you can’t get great internet access in the remote office of your dreams, you still have some options. Most cellphone plans include some mobile hotspot data, which allow you to connect up to ten devices at once to your phone’s data connection.

That said, you’ll likely experience slower speeds going this route — especially if there’s more than one device using the hotspot at a time. Most wireless carriers also limit how much hotspot data you can use each month, although you can typically buy more.

If you’re looking to work from the road, there are a few internet solutions for RVs to consider. In addition to using your phone’s mobile hotspot, you can also use free public Wi-Fi at places like libraries and coffee shops, or set up a satellite internet connection. This is a more long-term solution, however, and is best if you plan on parking your RV in one place for a while.

Each metric was used as a ranking factor and states were assigned points based on where they ranked in each field. The average maximum advertised speed per state was determined as a strategic factor in the ability to work remote, and thus received a heavier weight in points as compared to the rest of the metrics, which were weighted equally. The state with the highest number of points was determined to be the top state to live in based on internet serviceability, speed and the abundance of parks.

For more information on our findings, please email us at info@allconnect.com.