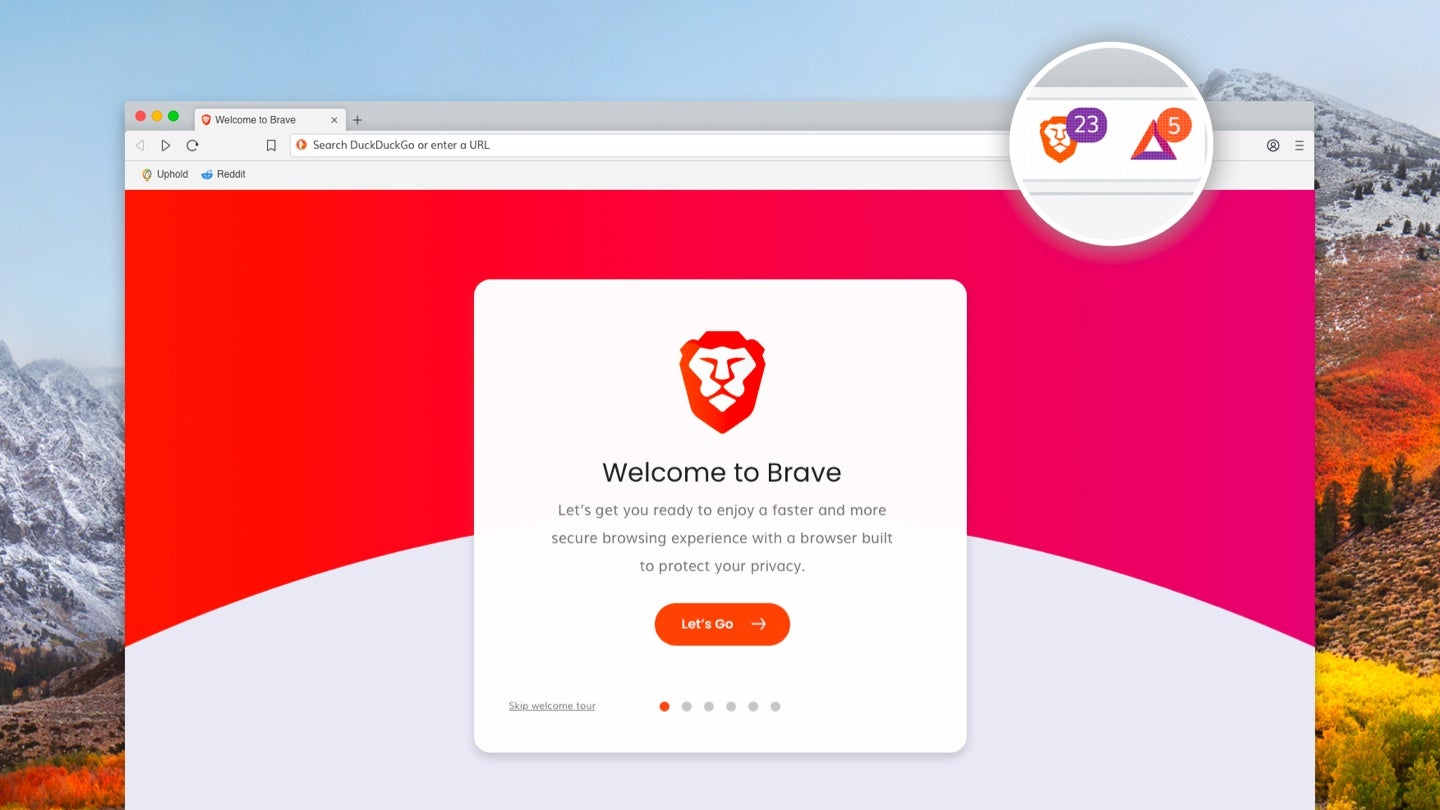 You deserve a better Internet. That’s the mission of Brave, a buzzworthy newcomer on the search-engine scene. Founded by Brendan Eich, who developed the JavaScript programming language and co-founded Mozilla, the Brave web browser is based on Google Chrome, but with some big differences.

How is Brave different?

For starters, Brave blocks the tracking scripts businesses use to capture your web behavior, and ultimately, serve you ads. Brave underscores the fact that, as internet users, we presumably all know that our data is being stored and sold. This leads to wealthy web companies and pushes publishers out of business, they say.

With the Brave web browser, the developers claim to deliver speed, security and privacy by blocking trackers — all while offering you the chance to earn rewards when you opt into Brave’s “privacy-respecting” ads. This, they say, helps give content publishers their “fair share” of online revenue. So far, Brave claims more than 10 million users have signed up to use it.

How does Brave work?

Here’s how Brave puts it:

They make it harder for sites to track you

As you search online, Brave Shields work to protect your privacy by making you harder to track as you go from site to site. Since sites often include trackers that follow you as you browse, Shields blocks the tracking content, working to keep you safer.

Then, since it’s not bogged down with tracking software, Brave claims to be able to load news sites, for example, up to six times faster than Chrome, Safari and Firefox on your desktop or via mobile.

Brave allows you to use a tool called Tor, which not only hides your search history but also your location from the websites you visit most. How does it do that? It reroutes your browsing through many other servers before landing on your final site.

When Eich first mentioned the model, he called it a “solution” to “give users the fair deal they deserve for coming to the Web to browse and contribute.” In other words, your attention is valuable and should be compensated.

When you activate Brave Rewards, the search engine allows you to donate to the sites you visit most often. Basic Attention Tokens, or BAT, are like frequent flyer points. You accrue them when you view Brave Ads. The ads show up like desktop notifications, and if you choose to see them, you’ll earn 70 percent of their generated revenue. You can also send BAT to other sites or even to other users (think: tips for great tweets). Note that Brave Rewards are voluntary and you can use one, both or neither and still search with Brave.

It’s nothing if not an intriguing model. And while some tech experts believe Brave’s searching speed is faster (there are claims it loads pages twice as fast as Chrome and Firefox — and even faster on mobile), there’s still some hesitancy as to whether it will catch on.

With many questions still unanswered and features yet to be launched, for now, the venture is just as it sounds: brave.

For all the latest internet developments and broadband news, stay connected with our experts on Facebook and Twitter and don’t forget to bookmark our Resource Center.