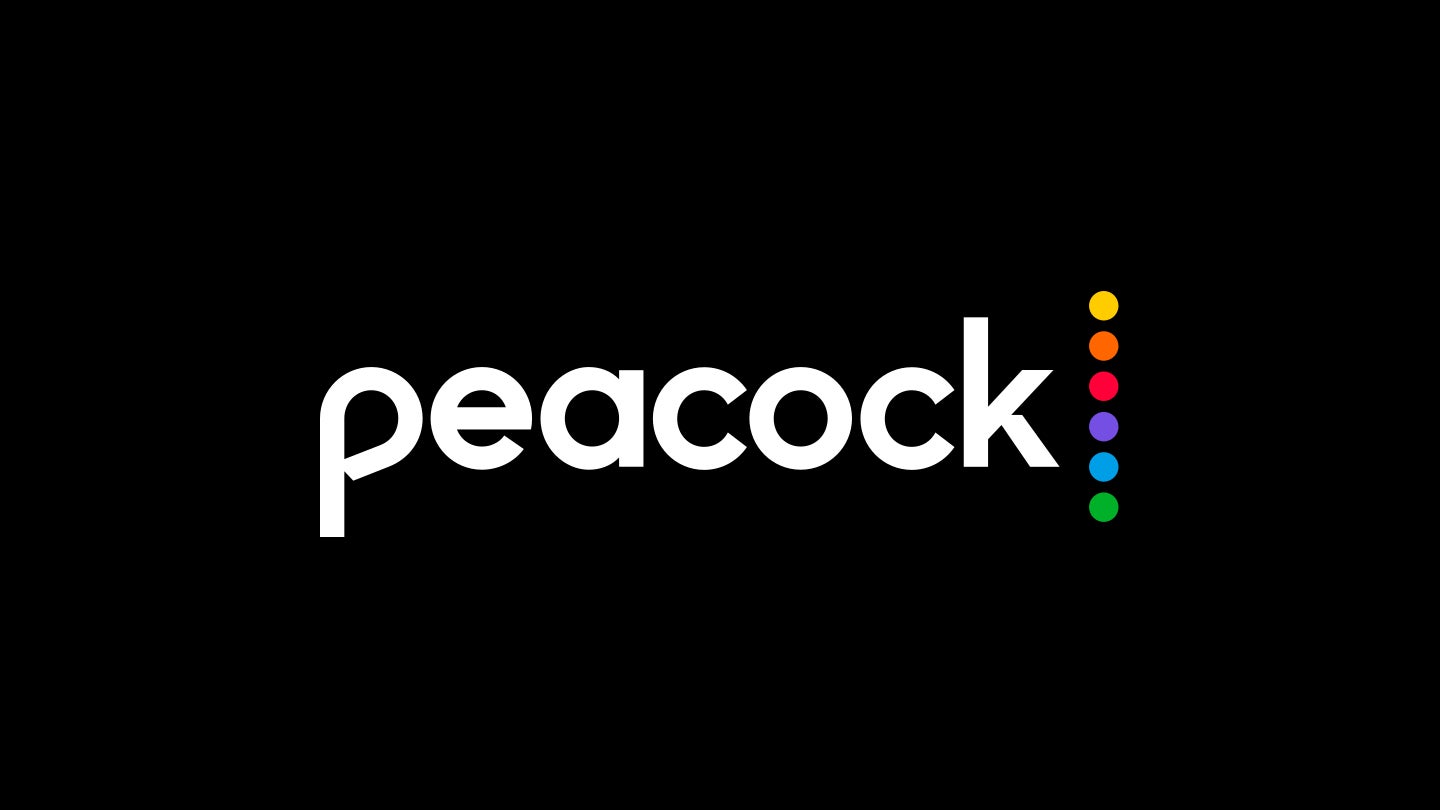 Peacock claims to have as much as 15,000 hours of content — around the same as Netflix — but it appears to be much less than that so far. By our count, there are currently around 430 movies and 175 TV shows on Peacock, plus a handful of news clips at any given time. Compared with Amazon Prime Video’s 25,000+ titles, that’s pretty limited as far as streaming services go.

That said, there is some great stuff on Peacock that you can’t find anywhere else. Best of all? Peacock is the first major streaming service that will have an entirely free tier, so you won’t need to add yet another streaming subscription to your stack of monthly bills.

Peacock’s pricing is a little more complex than that of other streaming services. That’s because it’s run by NBCUniversal, which is owned by Comcast, which runs Xfinity. As a result, Peacock is free to Xfinity customers who have an X1 cable subscription or use its Flex streaming device. Those customers can also pay $5/mo. for a commercial-free version.

There’s a free version available for everyone else, too, but you won’t get all the content Peacock has to offer, and you’ll have to sit through some ads. To get everything on Peacock, non-Xfinity customers will have to sign up for either the $5 or $10/mo. plan, the only difference being that $10/mo. comes without any commercials.

As we tested Peacock, we got around two minutes of commercials before a movie started, but none after it started. For TV shows, we had about one minute of commercials every 10 minutes or so.

It remains to be seen how much of Peacock’s library will be available in the free version, and how much will be behind the $5/mo. paywall (for non-Xfinity customers). Early reports suggest that the limited free tier will have around 7,500 hours of TV and movies, while the paid versions will have around 15,000 hours. (For comparison, Netflix has an estimated 14,000 hours in its library right now.)

For now, that estimate seems to be off. At launch, Peacock only has 439 movies and 176 TV shows in its library, far fewer than any streaming service but Apple TV+, which relies entirely on originals. That might change by the time it’s available to non-Xfinity customers, but so far, Peacock’s library is pretty limited.

Surprisingly, Peacock doesn’t have every show in the NBC library — many of which are available on rival streaming service Hulu. For now, Peacock only gives you next-day access to TV shows that are currently running, but not all of them.

For example, in the spring of 2020, you can watch new episodes of Chicago P.D. and New Amsterdam, which aired their final episode of the seasons in April 2020, but not This Is Us, which ended its season on March 24. (All three shows’ most recent seasons are on Hulu.) But The Voice, one of NBC’s most popular shows right now, isn’t on Peacock at the moment.

But it has plenty of classic TV shows and movies

While Peacock isn’t a good substitute for NBC if you want to keep up with the network’s latest shows, it does have an enormous library of older content. Here are some of the most popular TV shows you can watch right now:

But where are NBC’s two most binge-worthy shows? The Office won’t be available on the service until 2021, when Netflix’s rights to the show expire. Meanwhile, Friends will never be on the app — Peacock competitor HBO Max won the bidding war for the beloved ’90s sitcom.

As for movies, Peacock comes out of the gate with a number of popular films — many of which aren’t available on any other streaming services. Here are some of the most well-known movies in Peacock’s collection right now:

Compared to services like Netflix, which has been criticized in the past for its lack of classic movies, Peacock has an impressive mix of old and new. Hitchcock fans will be especially pleased: Peacock is the only place you can currently stream Psycho, Vertigo and Rear Window.

As production on TV shows has halted due to the COVID-19 pandemic, none of Peacock’s originals are available yet, and likely won’t be for a long time.

“The majority of our original productions have been paused,” said Matt Strauss, chairman of Peacock and NBCUniversal Digital Enterprises. “This will materially limit our original slate at launch and through 2020.” He went on to say that a “significant amount” of those will be pushed to 2021, adding, “We’re unclear when things are exactly going to be back to normal.”

Overall, we found Peacock’s user experience to be solid all-around. When you open the app, you’re greeted with three sections: Channels, Trending and Browse.

Channels replicates the feel of a cable TV guide, just without any of the traditional TV channels you’d expect. Instead, Peacock populates its guide with a mix of content from its back-catalog and live news updates. There’s a channel called “The Office Shorts,” which played compilations of pranks from the show, and a Saturday Night Live channel running popular sketches from the show’s history.

The “Trending” category aims to bring some social media buzz to streaming. It lets you scroll through topics like “Rob Lowe Dishes on Tom Cruise” and “Pence Criticized for Not Wearing Mask.” Each of these has a video covering the topic for a couple of minutes before moving onto the next headline.

For now, those sections feel more like novelties than useful ways to watch TV. The bulk of Peacock’s content is in the “Browse” section, which follows the same basic playbook that Netflix laid out for streaming services — a “Continue Watching” row at the very top, followed by rows of recommended categories below.

They aren’t as hyper-specific as Netflix’s — you won’t find a “Goofy Movies for Ages 11 to 12” category on Peacock — but they are effective. We especially liked how you can see each movie’s Rotten Tomatoes score while you’re browsing. Peacock even has a section devoted to the movies with the highest scores. Like Netflix, you can also add movies and shows to your Watchlist, which appears immediately below your Continue Watching row.

We also liked how Peacock includes broader categories like Kids, News, Sports and Latino at the top of the screen. When you click these, you’re shown more specific sub-genres within those categories. Kids, for example, has a “Tiny Tots” section, along with one for “Cool Crafts and Projects.” For families with kids or sports fans, it’s not hard to see how these would come in handy.

Where can you watch Peacock?

Right now, you can only watch Peacock on an Xfinity X1 or Flex device. When Peacock launches nationwide in July, it’s expected to work with popular streaming devices like Roku, Amazon Fire TV Stick, Apple TV and Chromecast. We’ll continue to update this page as Peacock releases more information.

How many simultaneous streams does Peacock allow?

As Peacock is currently only available on Xfinity devices, you’re not able to stream on multiple devices at once. That said, when Peacock launches on other streaming devices in July, it will allow three simultaneous streams per account.

What internet speed do I need for Peacock?

Peacock recommends download speeds of at least 2.5 Mbps for buffer-free streaming. However, that number assumes you’ll only be using your internet connection on one device at a time. If you want to watch Peacock while you browse Facebook or at the same time as someone else in the house streams Netflix, you’ll probably need a stronger connection.

Not sure what you’re currently getting? Use our speed test below to find out.

Does Peacock have parental control settings?

Peacock has five age-related control settings for parents based on TV and movie ratings: Little Kids, Older Kids, Family, Teen and Adult. The default setting on Peacock accounts is Adult, but you can change them at any time in your account settings. Parents can also set a PIN to make some content accessible only by adults.

Is Peacock worth it?

So much about Peacock is still up in the air. With the bulk of its original shows delayed (and possibly canceled altogether), we won’t know how strong it really is as a streaming service for a long time.

That said, the early returns are promising. It has a number of classic TV shows and movies that you won’t find anywhere else, and it will only get better as shows like The Office migrate over from Netflix in the coming months.

Plus, it’s the only major streaming service launching this year that has an entirely free version, so you can try it out before you commit to another monthly bill.

We’ll continue to update this page as Peacock adds to its library, but you can also find more of the latest streaming news in our Resource Center, along with daily updates on Facebook and Twitter.