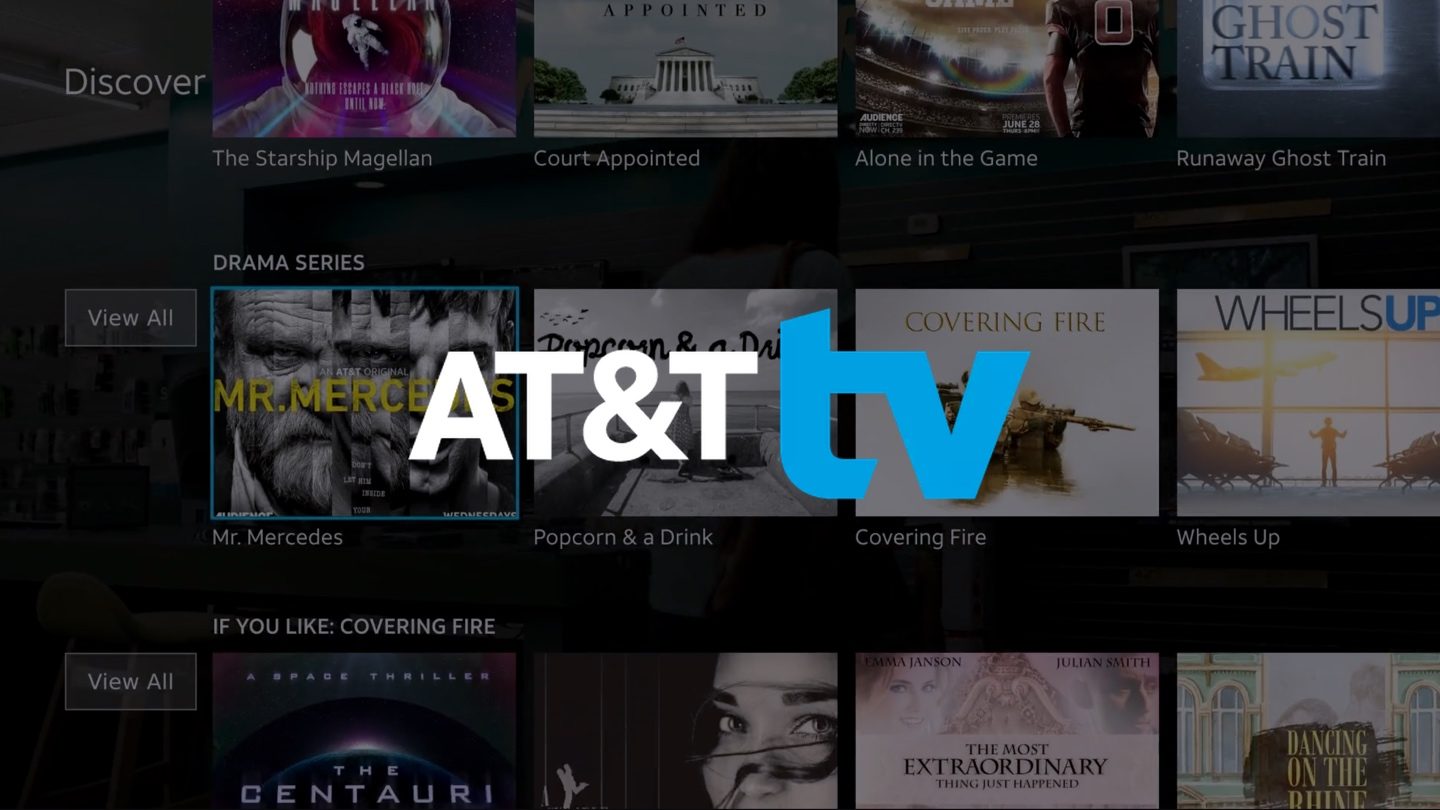 As of August 8, 2021, AT&T TV is no longer available. If you’re looking for the same TV packages, they’re now available through DIRECTV STREAM.

1. You can use AT&T TV with any internet provider

AT&T TV is something of a hybrid between a live TV streaming service and traditional cable or satellite package. You can bundle it with AT&T internet if it’s available in your area, but unlike most cable providers, you won’t have to get your internet and TV from the same company. Because AT&T TV streams its live TV channels through your internet connection, you’re not tied down to a cable box or satellite dish — you can use it anywhere with at least 8 Mbps of download speeds.

2. It comes with a free streaming device, but you can use it on most other devices, too

While you don’t need any special equipment to access AT&T TV, they do throw in their own streaming device free of charge. That’s one of the primary appeals of the product: If you’re new to streaming, all you have to do is plug AT&T’s box into your TV’s HDMI port and start watching. The only streaming device you can’t currently use the AT&T TV app on is Roku, but AT&T says they’re “actively working on a new agreement with Roku and hope to resolve this soon.”

The AT&T device gives you access to more than 5,000 streaming apps like Netflix, Amazon Prime Video, Hulu and HBO NOW. It’s designed to be your all-in-one TV home — whatever you can stream, you can do it through AT&T TV’s box.

3. You’ll need to commit to a two-year contract

Where AT&T TV starts to look more like a traditional cable or satellite plan is with its two-year contract requirement. Every other streaming service requires a monthly commitment. The price also increases in the second year, too. If you need to get out of your AT&T TV contract early, you’ll have to pay an early termination fee of $15 for every month remaining on your contract.

That said, you’ll get 14 days to try AT&T TV out before you commit to that two-year contract. If you’re not convinced in those first two weeks, you can disconnect at no extra charge.

4. AT&T TV has the best channel lineup in the business

Even though it’s a newcomer to the live TV streaming game, AT&T TV launches on day one with a better channel lineup than any of its competitors. Its cheapest option, the Entertainment plan, comes with upwards of 70 channels. That’s fewer than competitors like YouTube TV (90+ channels) and fuboTV (95+), but there is a lot of filler in their numbers.

To gauge how many of those channels are the ones people actually want in their package, we used a recent survey from TiVo which asked over 3,300 respondents, “Which channels would you be interested in including in your TV package?” The more people included a channel, the higher it ranked. Here’s how AT&T TV compares to the competition:

5. Sports fans will have to pay a little more

AT&T TV may have a lot for a live TV streaming service, but you’ll have to pay a bit more to access regional sports networks (RSNs) on the service. These are the channels that carry your local MLB and NHL team’s games, and they’re only available in AT&T TV’s Choice plan, which costs $65/mo. in year one and $110/mo. in year two. Here’s how RSNs compare across all live TV streaming services:

*Average over two-year contract for CHOICE plan. Second year could be increased to then-prevailing rate.
**Not available in all markets
Pricing per month plus taxes for length of contract. Additional fees and terms may apply. Pricing varies by location and availability. All prices subject to change at any time. May or may not be available based on service address. As of 02/27/20.

If you just want live TV to follow your favorite teams, you might find a cheaper option than AT&T TV. But don’t expect the same robust channel lineup.

AT&T TV comes with a full 500 hours of cloud DVR storage on all of its plans. That’s more than any other live TV streaming service except for YouTube TV and Philo, which both have unlimited storage. Recordings will stay in your DVR for up to 90 days, and you can record as many programs as you want at the same time.

One of the feathers in AT&T TV’s cap is that the remote on its streaming device uses Google Assistant for its voice search. That’s a bigger deal than you might think. In an annual study by consulting firm Perficient Digital which asks seven voice assistants nearly 5,000 queries each, Google Assistant “answers the most questions and has the highest percentage of questions fully and correctly responded to” every year they’ve conducted the test.

That means you can search for a show or movie with your voice instead of pecking each letter out one-by-one on your remote. But even more than that, you can link it to your Google account to control smart home devices, ask Google whatever questions come to mind and update your calendar or to-do lists.

AT&T has a lot of streaming services (and it’s about to have one more when HBO Max launches in May.) With AT&T TV’s nationwide rollout, it will have three live TV streaming services, although AT&T WatchTV may shut down at some point.

Looking for more information on AT&T TV? We’ve got you covered with our full review of the service. You can also stay up-to-date on the latest news by following our experts on Facebook and Twitter, and keeping an eye on our Resource Center.