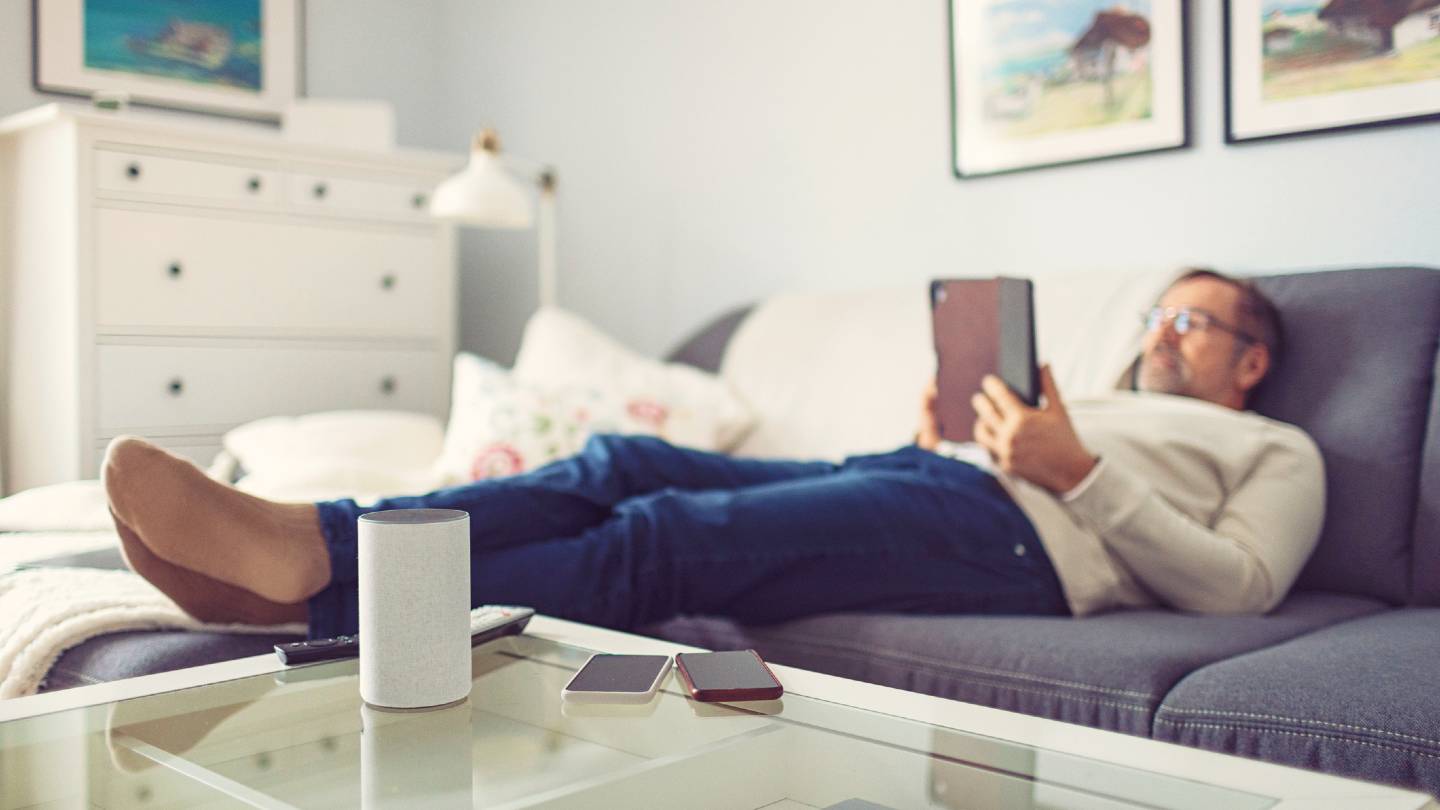 Amazon doesn’t release sales numbers on Alexa devices, but at last count, over 100 million Alexa devices have been sold. It’s expected that over 66 million households will have at least one Alexa Wi-Fi device by 2022.

With that many devices out in the world, we need to ask, does Alexa use a lot of Wi-Fi? The short answer is, possibly. Considering that many households are on an internet plan with data caps, Alexa may seem like a helpful member of the household but could be negatively impacting your home network’s bandwidth.

Exactly how much internet data does Alexa use?

It’s hard to pin down a figure on how much data Alexa uses. It all depends on how often you use it and how you’ve set up Alexa. The best answer is, the more devices you have, the more data you use. Mike Donovan from Good Home Automation calculates that Alexa uses an average of 36 MB per day (per device), which amounts to a whopping 1.08 GB per month, for 30 minutes of daily music streaming, one daily weather inquiry, two commands and one question.

Commands that use the most data

How much data does Amazon Music use?

Does Alexa use Wi-Fi when not in use?

Alexa is always on standby, listening and waiting for your commands. Even if Alexa is idle, it’s still using bandwidth. Donovan found that daily background usage involving no commands still used 7.244 MB per day.

That doesn’t include the new release of Amazon Sidewalk that was launched in the summer. Sidewalk promises to share your network in a controlled way to keep you and your devices better connected. Although Amazon ensures it will run on very low bandwidth, the company also claims it could use up to 500 MB of data in a month. That’s not a small, incidental number — you may reach your data cap faster simply from Alexa’s background services.

Alexa will slow down Wi-Fi, but all smart devices in your home do that

Alexa slowing down Wi-Fi isn’t exclusive to the smart device. The more devices sharing your home’s bandwidth, the more likely your home connection will slow down. If you’ve ever shopped for an internet plan, you know that paying for more bandwidth and avoiding data caps may be the best way to avoid lag, especially if there are multiple devices at home, simultaneously streaming games, video and audio.

Although Alexa isn’t as bandwidth-intensive as a multiplayer game, having a home full of smart devices tends to clog your home network, affecting performance. However, it’s usually not noticeable unless you have a basic plan with a tight data cap.

According to Amazon, low bandwidth can cause Amazon Echo/Alexa response delays and streaming issues. Amazon recommends a speed of at least 512 Kbps to stream content such as music, audio and more.

To find the speed of your home’s network, you can ask Alexa to perform a speed test. Slower than average speeds and lagging may be caused by many factors including:

Knowing what’s happening by determining your network’s speeds can help you figure out how to solve the issue and improve the performance of all your connected devices.

Alexa clearly uses part of your home’s bandwidth, even when you’re not engaging with it. It typically isn’t an issue unless you have a plan with low data limits. Most households shouldn’t notice a difference unless they have multiple Echo Dots and smart home devices running. If that’s the case and you’ve expanded your home with more smart devices than your current internet plan can handle, check out what type of internet deals are available in your area.

Bumping up your internet plan to one with a faster speed may solve laggy internet issues caused by the growing number of data-intensive devices in a home. Depending on the provider you choose, the difference in price may not even be dramatically more, but could make a huge difference in speeds and performance.

Search internet providers for plans in your area

Can Alexa work without an internet connection?

Alexa relies on the internet to respond to commands and do its job. It unfortunately can’t work without internet connectivity.

Does Alexa use a lot of Wi-Fi?

If you’re wondering “how much data does Alexa use,” tests have found that an Echo Dot or other Alexa-enabled device uses roughly 7 MB per day simply idling on standby and waiting for your command. Besides the background use, Alexa doesn’t typically use a lot of Wi-Fi unless it’s streaming music or performing tasks frequently throughout the day.

How much data does Echo Auto use?

Similar to an Echo Dot or other type of Alexa-enabled device, it all depends on what you use Echo Auto for. The difference is, an Echo Auto is an extension of your phone’s cellular data plan, which typically comes with less data than a home internet plan. Streaming music or listening to audiobooks will use considerably more of your cellular data than simply using Echo Auto for navigation.

Cynthia Paez Bowman is a finance, real estate and international business journalist. Besides Bankrate.com, her work has been featured on Allconnect.com, Business Jet Traveler, MSN, CheatSheet.com, Freshome.com a… Read more