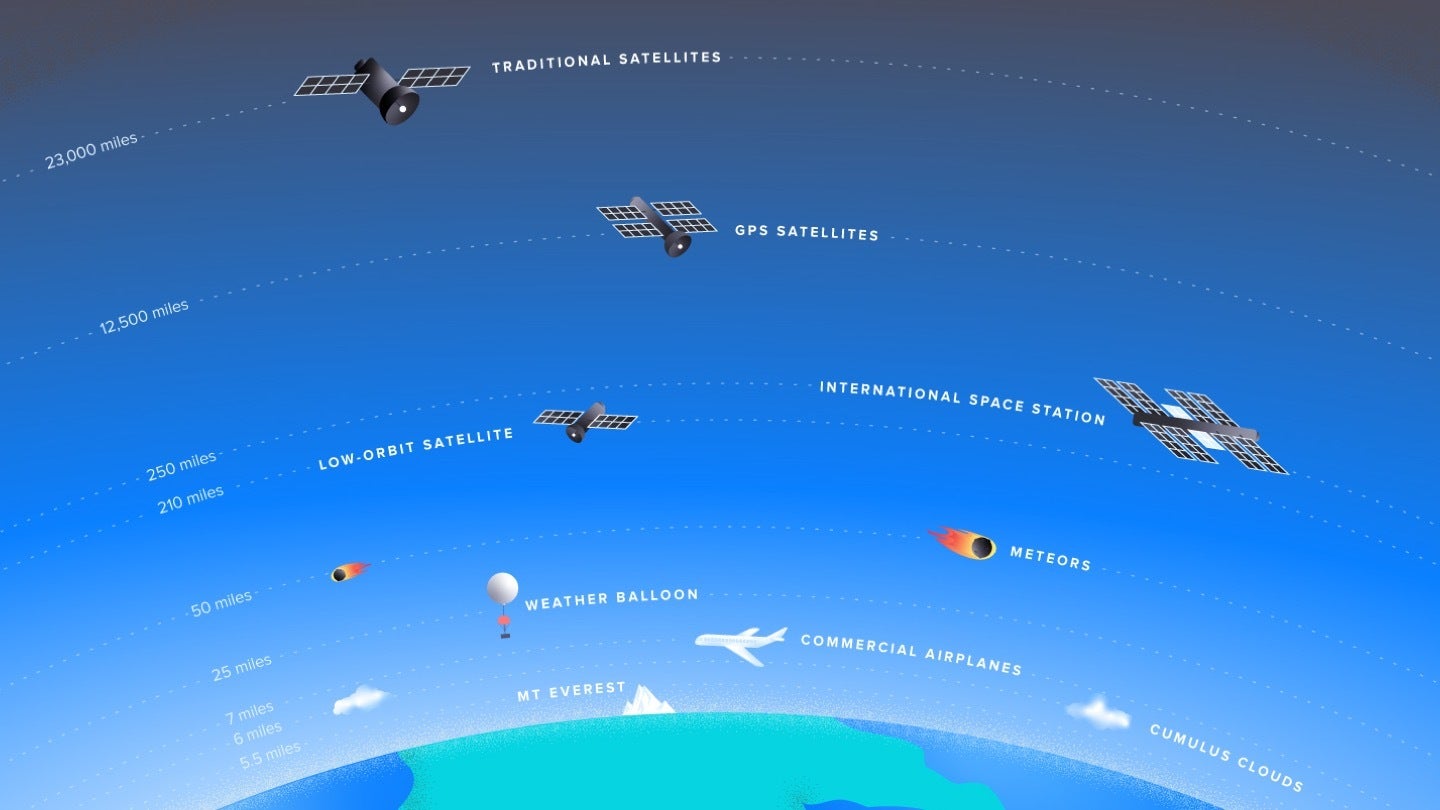 Aerospace juggernauts SpaceX, Boeing and now Amazon hope to drastically improve satellite internet, one batch of low-earth orbiting (LEO) satellites at a time. The LEO satellite business has seen extremely fast growth, most evident by SpaceX’s Starlink, the company’s satellite internet constellation that provides satellite internet coverage to over 30 countries. The most recent SpaceX satellite launch on Sept. 10, 2022, added 34 Starlink satellites to its active fleet of over 3,000, an early fraction of the nearly 12,000 the company plans to set into orbit in the near future.

SpaceX launched its first batch of Starlink satellites in 2019 and continues to do so in quick succession. The company has had 13 successful Starlink launches throughout the summer and plans for many more—it has permission to launch 12,000 Starlink satellites and has applied for permission to launch an additional 30,000. Despite Starlink’s fast growth, the FCC recently denied Starlink $885.5 million in rural broadband funding—a decision Starlink immediately requested be reviewed. The FCC claimed Starlink’s emerging service will not be able to deliver the promised speeds and plans to direct the funds elsewhere.

Amazon’s Project Kuiper is also set to compete with SpaceX with its planned satellite launch. Though Project Kuiper was originally announced in 2019, the company has federal permission to launch over 3,200 satellites and recently signed a multibillion-dollar contract that has given the project new momentum.

These aren’t your typical satellites

Traditional internet or TV satellites hover around 22,000 miles above the Earth. They are geostationary, meaning their orbit speed syncs with the Earth’s rotation so they stay in the same place relative to the ground. Their fixed position and distance from the Earth makes for a broad, constant service area; it also keeps them far out of natural sight.

LEO satellites fly much closer to the ground, somewhere between 110 and 1,200 miles up. At this height, gravity is more of a factor, so the satellites must stay in constant motion to keep from getting pulled out of orbit. They’ll be moving so fast, in fact, that a complete orbit could take about 90 minutes.

Combine low orbit altitude with constant, high velocity and these new satellites could be quite eye-catching, especially when streaking across an otherwise stationary skyscape. And when you consider there will be thousands of them up there, the potential disruption of the night sky is a bit disquieting.

What you can expect

Excluding the few hours after a batch launch, it’s unlikely that you’ll see many satellites in the sky at any given time, if ever at all. If you do see one, you may even mistake it for an airplane. The difference is lights from airplanes blink, so if you see a high-speed, bright object in the sky that doesn’t blink, it’s probably a satellite. We see airplanes in the sky day and night, so what’re a few more streaks across the sky?

While there will be thousands of satellites up there, they will be spread across the globe and on varying orbit schedules. Unless you’re doing some serious stargazing, it’s unlikely that you’ll notice many of them in the sky at night. You don’t have to worry about seeing them during the day, either, as low-orbiting satellites are virtually impossible to see with the naked eye during the day.

While this industry strives to bring internet services to those who need it, there are some challenges in deploying LEO satellites.

Light pollution is defined as the excessive or poor use of artificial light at night that could disrupt natural patterns of wildlife and increase carbon dioxide in the atmosphere—and it has become excessive amidst the fast-growing industry and continuous launching of satellites. This has not only upset environmentalists but also astronomers.

Astronomers are worried there seems to be “nowhere left on Earth” where they can observe the night sky without interference from light pollution. The LEO satellites have affected astronomers’ ability to make sensitive astronomical discoveries and disrupt naked-eye observers.

There are also growing concerns about the congestion of satellites orbiting Earth—the satellites are all moving at incredibly fast speeds, so collisions are hard to predict and can be very damaging.

A potentially small price to pay for unparalleled broadband progress

The FCC reports that approximately 19 million Americans, mostly residents of rural areas, lack access to broadband service. That means about 6% of the U.S. population is underserved. And for many nations, that number is much higher.

LEO satellite initiatives by Starlink, Amazon’s Project Kuiper and others seek to instantly bring internet to places all over the world where coaxial and fiber-optic cables don’t reach. Plus, the technology elevates satellite internet from an “available” service to a truly desirable one.

These satellites offer a quality internet connection to places that otherwise wouldn’t have one and bring healthy competition to the places that do.

Right now, SpaceX and Telesat are the only companies currently deploying LEO satellites for satellite internet service, but as we mentioned above, Amazon’s Project Kuiper is following close behind with launches planned over the next five years.

SpaceX launched its first LEO Starlink satellites in 2019. It currently has over 3,000 satellites in low-earth orbit, with plans to launch up to 12,000 and eventually an additional 30,000 once it receives approval. Starlink currently offers satellite internet service to over 30 countries, including the US.

Telesat launched its first LEO satellite in 2018 and is currently developing Lightspeed™, its satellite internet constellation that will be composed of 188 LEO satellites. Lightspeed will provide global connectivity to various enterprise, maritime and government customers.

Amazon’s Project Kuiper has been approved to launch over 3,200 LEO satellites and has 83 launches scheduled over the next five years. It will deliver fast, affordable internet to underserved and unserved areas of the world.