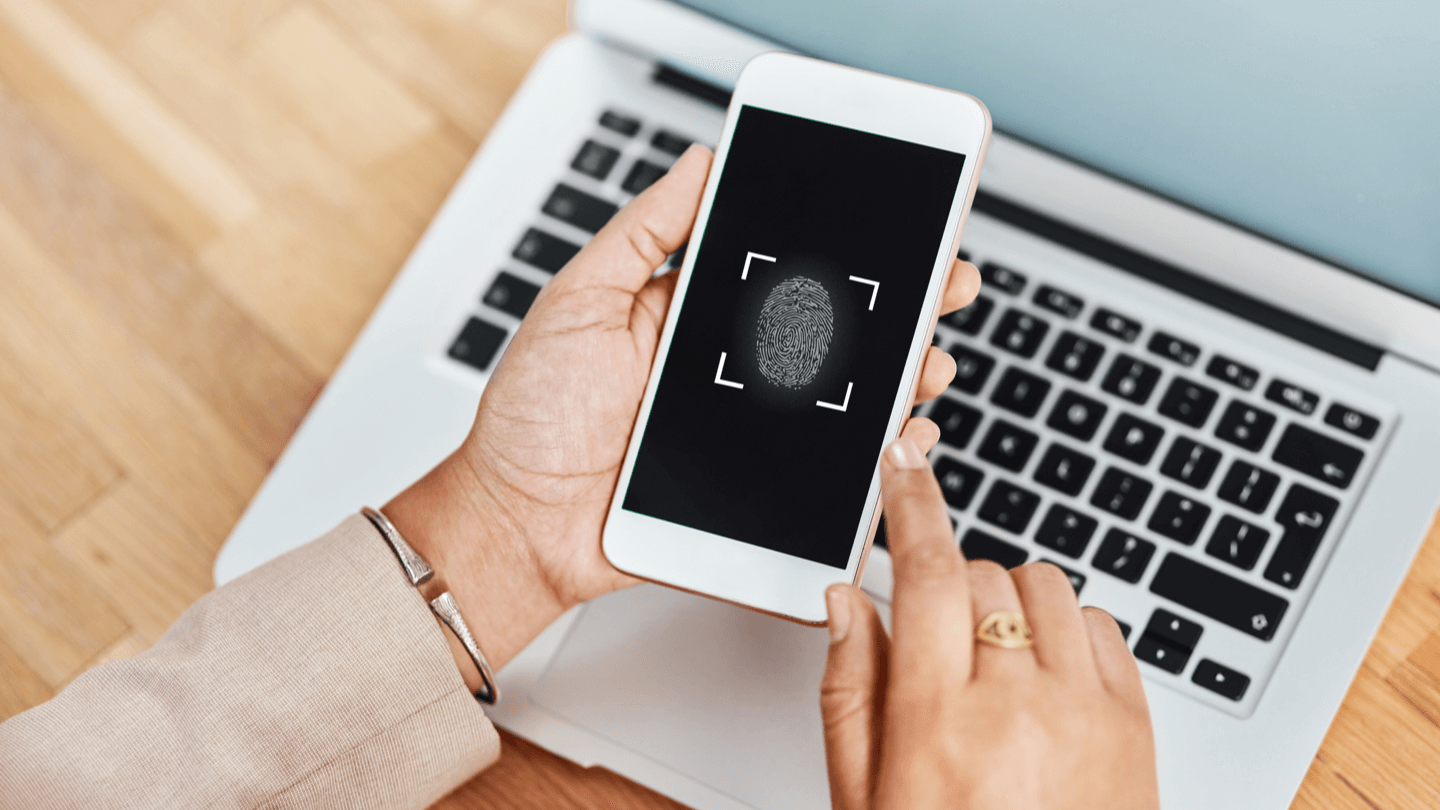 With the convenience of having a computer in your pocket these days comes the need to protect all of the personal data it can hold. Especially if you consider your smartphone might have 4GB of RAM, where the 1960s-era Apollo spacecraft’s guidance computer had 32KB and took men to the moon. Unfortunately, without proper precautions, all that sensitive data on your smartphone can be lost, stolen or hacked.

Why is securing your cellphone so important?

Unsecured phones can be a treasure trove to an identity thief who gets hold of your phone because of all the vital information you can access through it.

Consider what you may have stored on yours:

And for each of these, unauthorized access can allow an identity thief to act as “you,” taking money or sending messages, but also to change the passwords and/or logins so you can’t get into the accounts yourself.

In July 2020, the BBC reported on what it called “the unprecedented hacking of celebrity Twitter accounts” via phones belonging to Bill Gates, Joe Biden and Kim Kardashian West.

“The successful attempt let attackers tweet from celebrity accounts and access their private direct messages,” the BBC said, and also enabled the hackers to run a Bitcoin scam that made them $100,000 richer.

10 tips to keep your cellphone secure

Every app has its own privacy settings, and they usually default to the least restrictive, but most will work fine without knowing everything about you, so check them. Instagram and Facebook, in particular, want to learn all about you. Make sure your privacy settings are strict.

Smartphones always know where they are – unless you tell them not to. But a lot of apps need that information to work properly. An app with a security flaw can allow unscrupulous people to track your movements. (And because location sharing uses GPS, it can drain your battery, too.)

Should you or should you not allow location sharing?

Parents with young children who have a phone may be torn, because they might want their kids to have access to, say, Google Maps, but will worry that someone else may also know their child’s location. If you don’t want to disable location sharing entirely, then check the apps on the phone to make sure they don’t transmit locations. Many such apps allow you to keep locations private or available only to a specific group.

It’s also important to make certain that the apps on kids’ phones have strict privacy settings, and that your child understands why it’s important they do.

Seniors living alone face the same issues, except that they may want emergency services to be able to find them if they call 911. Again, checking app settings will help users keep from broadcasting where they are unnecessarily.

If it’s available on your phone, you can limit the length of time locations are shared to the time needed or a time in minutes, which keeps the phone from continually using location sharing.

What to know about mobile payment apps

First, there was PayPal, and then came many other money transfer apps, such as Venmo,  Zelle and Cash App.  They make it easy to transfer money with just a tap or two. A survey by NerdWallet and The Harris Poll found that 79% of Americans use them.

They are generally safe, but not absolutely. For example, payment apps will protect you against transactions made without authorization, but other kinds of fraud aren’t always covered. Nor are mistakes made in entering the payment info. The good news is, the major payment apps have strong encryption, which makes it tougher for hackers to intercept account numbers.

Using the phone itself to pay for a transaction, with ApplePay, GooglePay or other mobile wallet apps is also a secure way to pay. Of course, the ability to keep your financial data private depends on your not losing the phone, and having the screen locked if you do.

Because Apple doesn’t make its iOS source code available to developers, as Google does with its Android OS, it’s long been considered the more secure of the two systems. Android phones are more common targets for hackers because there are so many devices using the open-source operating system.

The best way to ensure that your phone stays secure (aside from keeping the phone updated) is to download apps only from the Apple App Store or Google Play, which vet the apps before making them available. Other sources may not do that and may exist solely to expose you to malware.

Mobile hotspot technology allows you to use your phone to give Wi-Fi connectivity to other devices, like laptop computers.

Convenient? Yes. Safe? Well … maybe not. The network created by a hotspot is, by default, open. That means anyone can use it to connect to your phone, so it’s not a good idea to simply enable your hotspot in a public place and use it. Avoid hacking attempts by choosing WPA2 hotspot security, using a strong password and setting a new SSID (service set identifier) name to your hotspot. The default wireless hotspot network names are easy for hackers to guess.

If you lose your phone or know for sure it has been stolen, you have some options, provided you prepared for the worst in advance. You’ll need to act quickly because thieves will likely pull out the SIM card right away.

It definitely takes a few extra steps to keep your data safe when you carry it around in your pocket, but those extra steps are the price you pay to make sure your private information stays private.