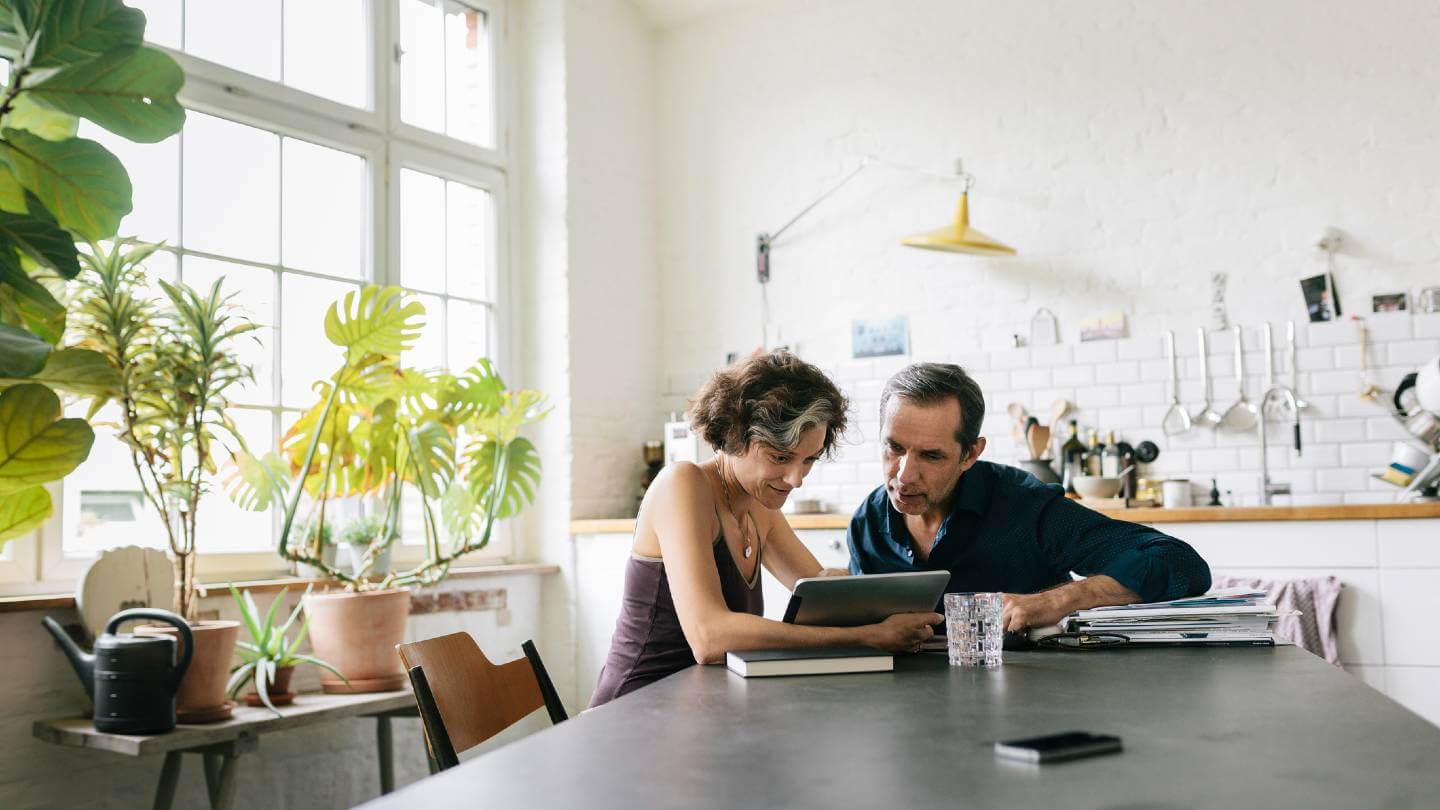 An internet connection has never been more essential, but your access to it still largely depends on your income level, according to a new Pew Research Center survey.

While broadband adoption and smartphone ownership have grown steadily for all Americans over the past decade, there are still significant differences by race and income tier. Those with higher incomes are far more likely to own a home computer, smartphone and tablet, while those making less more often rely on a smartphone exclusively to get online.

The digital lives of Americans with lower and higher incomes remain markedly different. 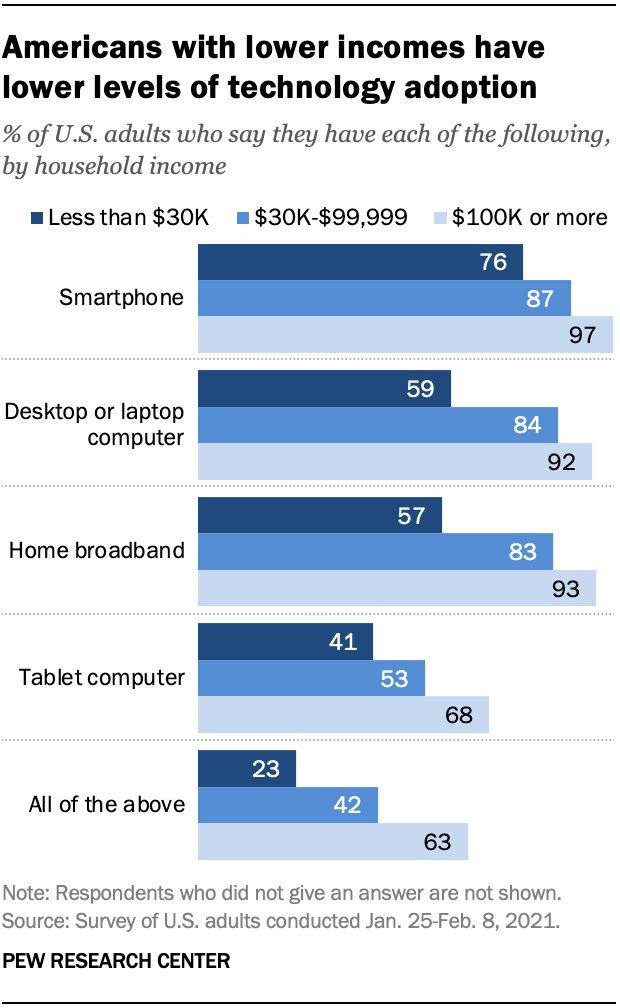 The Pew study found that around a quarter of adults making under $30,000 a year say they don’t own a smartphone, while roughly 4-in-10 don’t own a desktop or laptop computer or subscribe to a home broadband service.

In comparison, these are virtually universal for Americans with incomes over $100,000. 97% in this group owns a smartphone, 93% have a home broadband connection and 92% own a desktop or laptop computer. Roughly 6-in-10 in this income group have one of each device, compared with only 2-in-10 from the lowest bracket. 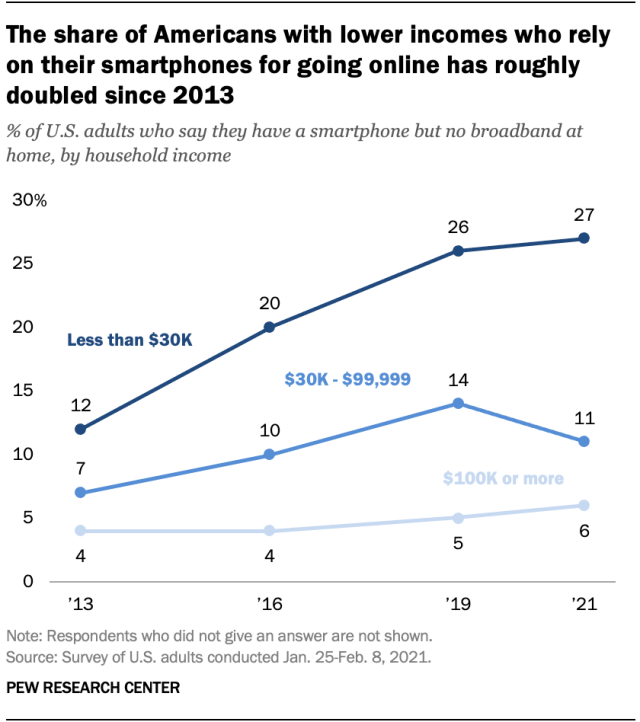 Because nearly half of low-income households don’t have a home broadband connection, they’re far more likely to rely on smartphones exclusively to access the internet. In Pew’s latest survey, 27% of respondents making less than $30,000 a year used a smartphone, but didn’t have a home internet connection — more than double what it was in 2013.

In fact, all income groups have increasingly relied only on smartphones to get online, although the percentages are much lower for households making above $30,000. While smartphones can be useful for some online activities, it’s virtually impossible to do things like homework assignments, job applications or remote work without a computer and a broadband connection.