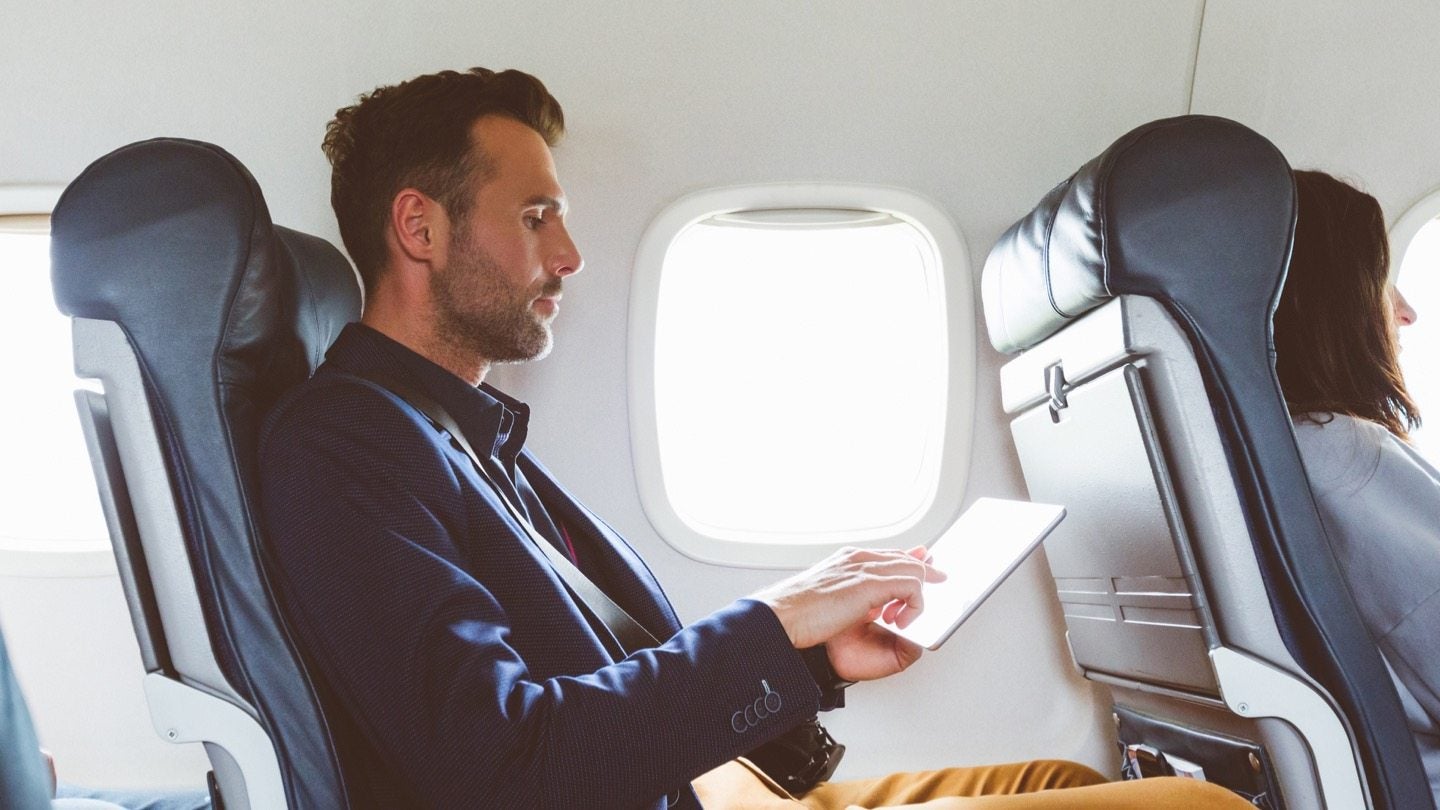 Wi-Fi is everywhere — in your home, at the local coffee shop, maybe even in your car — so why shouldn’t it be on your next flight as well? Depending on your airline and destination, it could be.

Most major airlines in the U.S. offer Wi-Fi service on their flights, often for an added charge. The price varies by airline, as does the availability, speed and quality of connection.

Will in-flight Wi-Fi service be available on your next plane ride? Here’s a look at which airliners offer free in-flight Wi-Fi, as well as what to expect from major airlines in the U.S.

Aeromexico was the first airline to implement Gogo 2Ku, which offers a stronger connection and faster speeds. They also plan to have 86% of their fleet equipped with Gogo 2Ku by end of 2019.

All Alaska Airlines planes, excluding the Q400s, are equipped with Wi-Fi, and 24 of 241 aircraft are currently equipped with Gogo 2Ku service.

Wi-Fi service may not be available on flights to Mexico, Hawaii or Puerto Rico.

Provider: Gogo, Viasat or Panasonic
Cost: Starting at $10/flight or $49.95/mo.* Can be purchased pre- or in-flight
Estimated speeds: Up to 600 Kbps to 12 Mbps depending on provider
Additional details: American Airlines claims Wi-Fi is available on “nearly all U.S. flights.”

Wi-Fi is available on international flights onboard the Boeing 777-300ER and must be purchased in-flight.

Monthly Wi-Fi plans are not available with Panasonic.

Wi-Fi may not be available on all American Eagle flights.

Delta recently launched a two-week pilot to test free Wi-Fi on 55 domestic flights. The service did not support content streaming, but it did enable web browsing, email and messaging free of charge.

Provider: ViaSat
Cost: Free on all available domestic flights.
Estimated speeds: Up to 15 Mbps
Additional details: JetBlue is currently the only carrier based in the U.S. to offer free in-flight Wi-Fi service to all passengers at no additional charge.

JetBlue claims to be the first airliner to offer free Wi-Fi on all flights. Free Wi-Fi is currently only available for domestic flights, but JetBlue hopes to expand the Fly-Fi coverage area to include their entire route map, except for flights to Bogota, Medellin, Guayaquil, Lima and Quito.

First-class passengers may be eligible for complimentary Wi-Fi service.

Provider: Global Eagle
Cost: Free for A-List Preferred Members. Starting at $8/day for all other passengers.
Estimated speeds: Up to 10 Mbps
Additional details: Southwest is currently the only airline in the U.S. that uses Global Eagle. They recently ended their agreement with Panasonic, which impacted a “relatively small portion of the carrier’s fleet.”

Wi-Fi is not currently available, but Spirit expects to equip their entire fleet with Wi-Fi in 2020.

Provider: Gogo
Cost: Around $4-20 per flight*
Estimated speeds: Up to 600 Kbps
Additional details: Virgin Atlantic claims to be the first airline in Europe to offer Wi-Fi on all flights.

Can you use miles/points to purchase in-flight Wi-Fi?

Some airlines and credit cards allow you to use miles or points to pay for special airline services such as Wi-Fi. Remember, though, those points/miles aren’t always easy to come by, so you may want to think twice before using them on Wi-Fi service that would only cost a few bucks otherwise.

Editor-At-Large for The Points Guy and self-proclaimed “world travel junkie,” Zach Honig advised, “Some airlines do allow you to redeem miles instead of paying cash for Wi-Fi, but be sure to do the math — it often isn’t a good deal.”

Will more airlines offer free Wi-Fi service in the future?

Delta has already experimented with complimentary Wi-Fi service on select flights, and Honig hinted the airline is “moving in the direction of offering free Wi-Fi on aircraft that offer Gogo’s much-improved 2Ku service.”

Other major airlines, including American Airlines, Southwest and United Airways have not announced plans to offer free in-flight Wi-Fi in the near future.

Not typically, especially once you get to cruising altitude. Mobile services require signals from broadcast towers, which are unlikely to reach your plane.

Is purchasing in-flight Wi-Fi worth it?

That depends. The Wi-Fi service on most airlines/flights will not support video streaming, so if you’re wanting Wi-Fi to watch Netflix, probably not. If, however, you could use a Wi-Fi connection to check email and do some work/homework, a Wi-Fi connection may be useful.