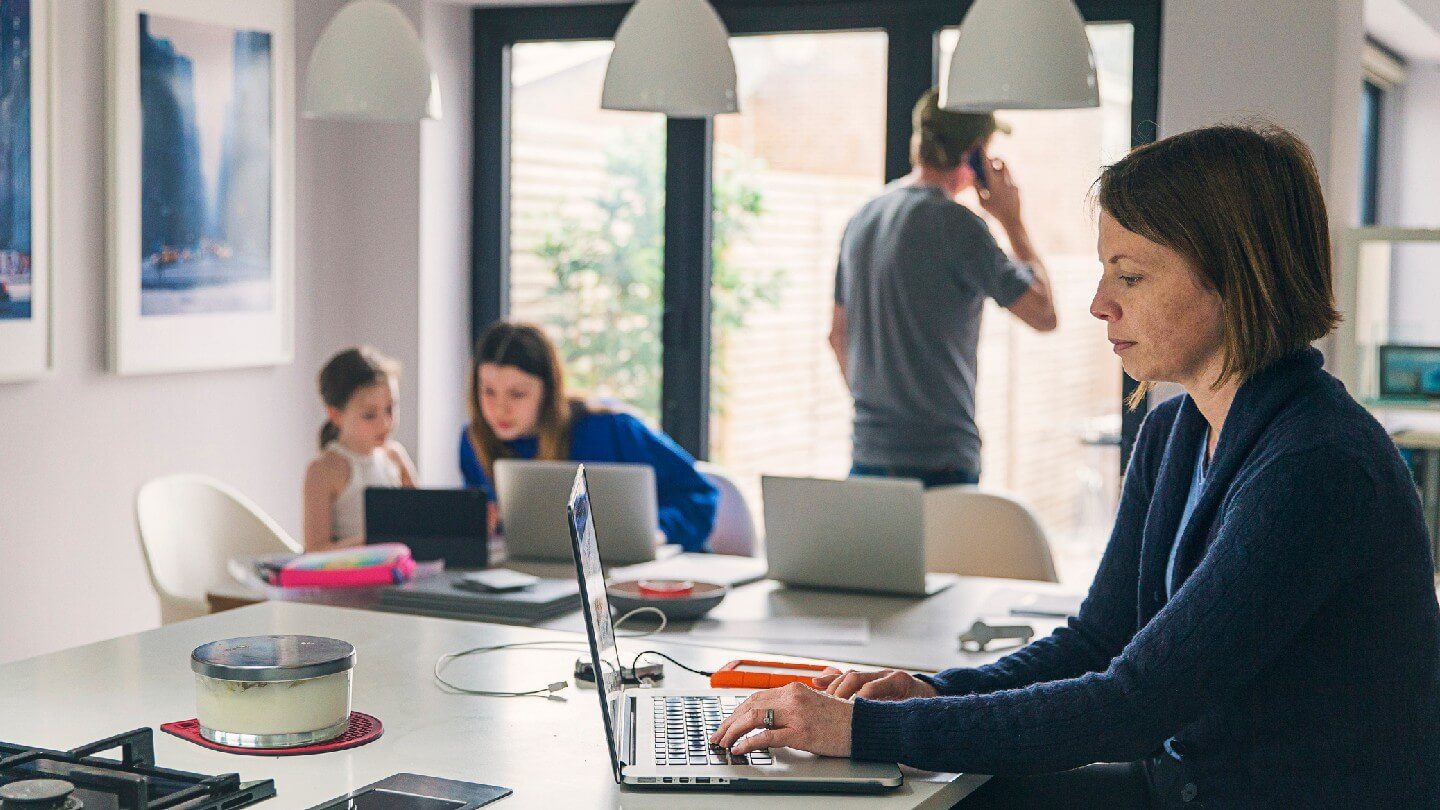 It seems like just yesterday that we heard about Wi-Fi 6 and how revolutionary it will be for speeds and connectivity. Now, like a brand new iPhone, a better option is on its heels by the name of Wi-Fi 6E. Find out the difference between 6 and 6E, when devices with the new capability will be available and which option is better for your household.

Wi-Fi 6E isn’t exactly a new iteration of Wi-Fi technology as Wi-Fi 6 was. It’s better to think of Wi-Fi 6E as a term for Wi-Fi 6 devices that can operate on a whole new spectrum, 6GHz, just opened up by the FCC.

You’re probably familiar with the 2.4 and 5GHz bands typically in use by dual-channel Wi-Fi routers. Well, as of April 2020, the FCC voted to approve and open an additional band called the 6GHz for unlicensed use. This is essentially the equivalent of adding an entirely new lane to a jam-packed, two-lane highway in your home, so there’s gonna be way more bandwidth available for all that traffic.

If you find yourself regularly dealing with Wi-Fi congestion due to your internet activities and a large number of internet-connected devices — symptoms include slow speeds, buffering and connection dropouts despite internet plan and equipment capabilities — it may be worth investing in a Wi-Fi 6E capable device.

The Wi-Fi 6E and the 6Hz band will be especially valuable to users who have multiple devices in short proximity to one another like smart home devices that are likely to live on the same floor, if not the same room.

Just like Wi-Fi 6, you’ll need a router with the capability to work the way Wi-Fi 6E is designed. Unfortunately, that means if you’ve already invested in a Wi-Fi 6 router, you’ll need to upgrade to a 6E device. 6E routers are equipped with chipsets that a regular Wi-Fi 6 will not have, so if you’re looking to get a taste of all that bandwidth, a standard 6 device won’t even be able to communicate with the 6GHz band.

A few 6E options were announced at the 2021 CES convention, including Netgear’s Nighthawk RAXE500, Linksys’ Velop AXE8400 and TP-Link’s  Archer AX96, Archer AX206, Deco X96 and the Deco X76 Plus. However, it may be wise to wait before jumping into this year’s next big tech. Many Wi-Fi 6 router owners will agree that you never know what next year may bring.