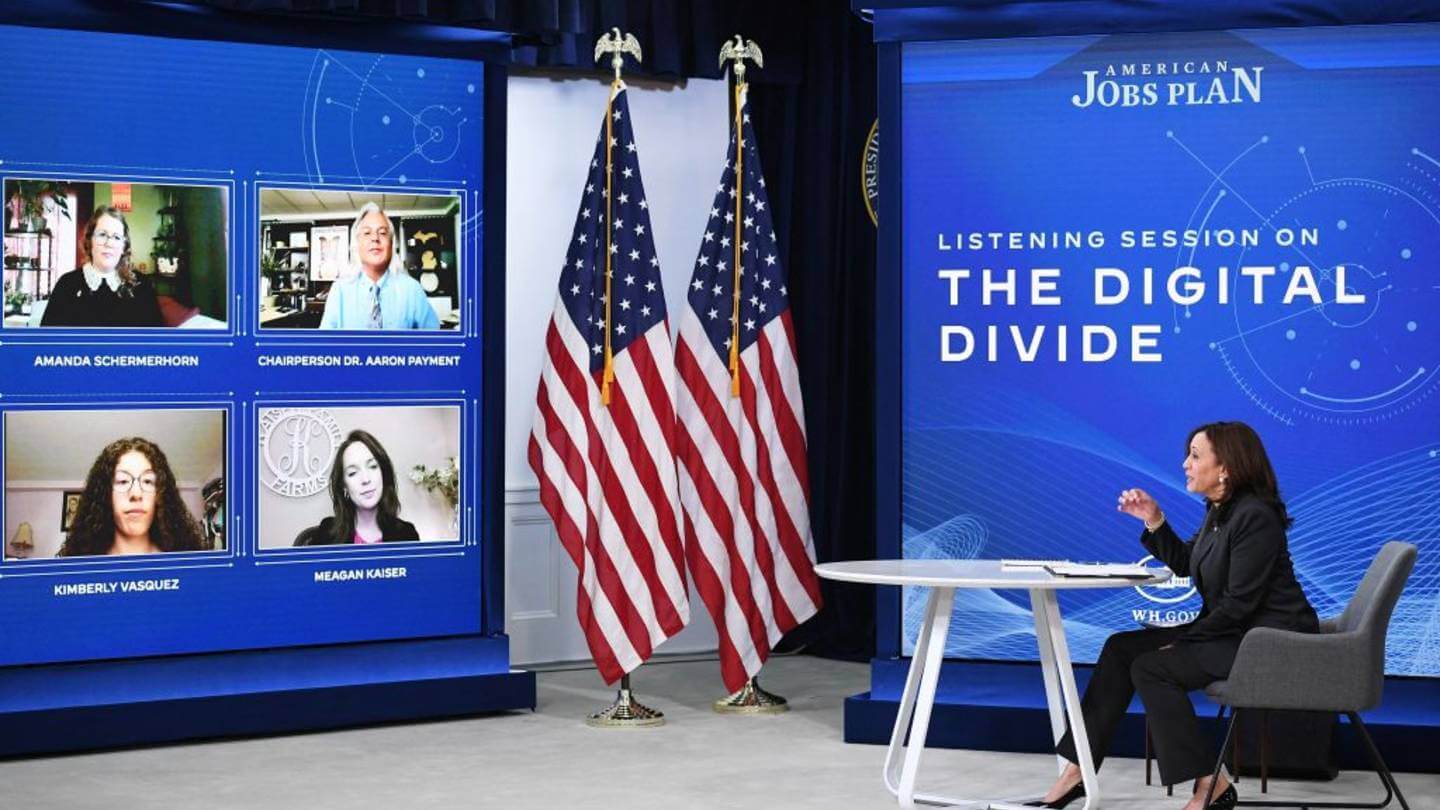 One of the main focuses of the Biden administration in 2021 is getting all Americans connected to broadband service. How much funding should be allocated towards closing the digital divide, however, has been highly debated among politicians.

Currently in the U.S., there are approximately 12 million households who do not have access to the FCC’s broadband definition of at least 25/3 (download/upload) Mbps. There are even more Americans, approximately 30 million, who are unable to subscribe to broadband service due to the cost of the service.

The digital divide, therefore, has two components to it: availability and cost. Funding for broadband service would need to cover both the deployment of broadband infrastructure and the subsidization of internet service fees for low-income households.

The most pressing issues of the digital divide

Although both components of the digital divide desperately need to be addressed, funding for broadband subsidies will apply to a much greater population. For instance, of the 31% of the U.S. population without internet in their home, 28% have access to a provider but cannot afford the service. Only 3% of the population have no internet access whatsoever.

The ACA estimates that funding the broadband subsidy program, Lifeline, would cost $50-$201 billion over the course of ten years. This estimation is based on a suggested $50/mo. subsidy with a participation rate between 25% and 100%.

Currently, only 27% of the 33 million eligible households participate in the Lifeline program, however. This is largely because the program only offers a subsidy of $9.25/mo. at this time and isn’t worth signing up for to most families. The ACA predicts, therefore, that a higher monthly subsidy would significantly increase participation rates.

The other major expense for addressing the digital divide is deploying broadband infrastructure in areas that lack proper broadband speeds, particularly in rural areas.

The ACA Connect’s report revealed that it could take anywhere between $20 billion and $190 billion to connect all Americans to broadband service. This range in costs has to do with the internet speeds Americans are given access to.

For instance, in order to connect all Americans to speeds of 25/3 Mbps, it would cost between $20 billion and $37 billion, according to the report. And it would require deploying infrastructure in 11 million locations.

To connect all Americans to speeds up to 100/20 Mbps, it would cost between $35 billion and $67 billion and would require deploying infrastructure in 19 million locations.

An even more ambitious goal of symmetrical 100/100 (download/upload) speeds would be tremendously more expensive than a 100/20 Mbps goal, however, with estimated costs between $106 billion and $179 billion.

The dramatic increase in costs, despite only upload speeds increasing, is because very few Americans currently have access to the specific technology (fiber optic) that is able to handle symmetrical download/upload speeds.

This specific technology would have to be deployed to 82 million locations, making this 100/100 Mbps goal significantly more expensive than the 100/20 Mbps goal. The 100/20 Mbps goal, in contrast, can be achieved using the infrastructure already deployed in certain areas, including cable internet.

This is also why the most ambitious goal of deploying gigabit speeds nationwide is only slightly more expensive than the 100/100 Mbps goal; the same type of technology would need to be deployed: fiber optic. In order to connect all Americans to gigabit speeds (1,000 Mbps), it would cost $117-$198 billion and 99 million locations would need to be serviced.

Although the jump from 100 Mbps to 1,000 Mbps is significant, the difference in the number of locations that would need to be serviced is not a huge jump because most areas that already have access to at least 100/100 Mbps already have fiber optic deployed and would just need a slight upgrade to the system to have access to gigabit speeds.

In March 2021 Biden proposed to spend $100 billion to deploy broadband infrastructure; however, many congress members pushed back, saying that was too much of the budget to spend on broadband deployment.

In June 2021, nine Democrats, eleven Republicans and an Independent agreed on a $65 billion broadband plan. This funding is part of a larger $1.2 trillion infrastructure plan and should be plenty to deploy broadband infrastructure of speeds at either 25/3 Mbps or 100/20 to all Americans.

Closing the digital divide will require funding for both broadband infrastructure deployment and broadband subsidy programs. According to recent reports, it will take anywhere between $20 billion and $198 billion to install the needed infrastructure.

This range depends on what speeds the U.S. government makes as its target for all Americans to have access to. As of June 2021, the Biden administration plans to invest $65 billion on broadband infrastructure, which means it will not be able to achieve some of the more ambitious speed goals that Biden had initially proposed.

It will take an additional $50-$201 billion to provide the needed funding for ten years of a broadband subsidy program. Currently, the U.S. government offers a $50/mo. subsidy program called the Emergency Broadband Benefit (EBB) program but this program will only last for the duration of the COVID-19 pandemic.

The U.S. government has the ability to close the digital divide. It will take a heavy budget but there is support for this initiative from both democrats and republicans, making this a realistic goal to achieve.

How the $65 billion broadband budget will be distributed and whether $65 billion is sufficient for building infrastructure that can evolve with technology’s rising broadband needs, however, is still up in the air.