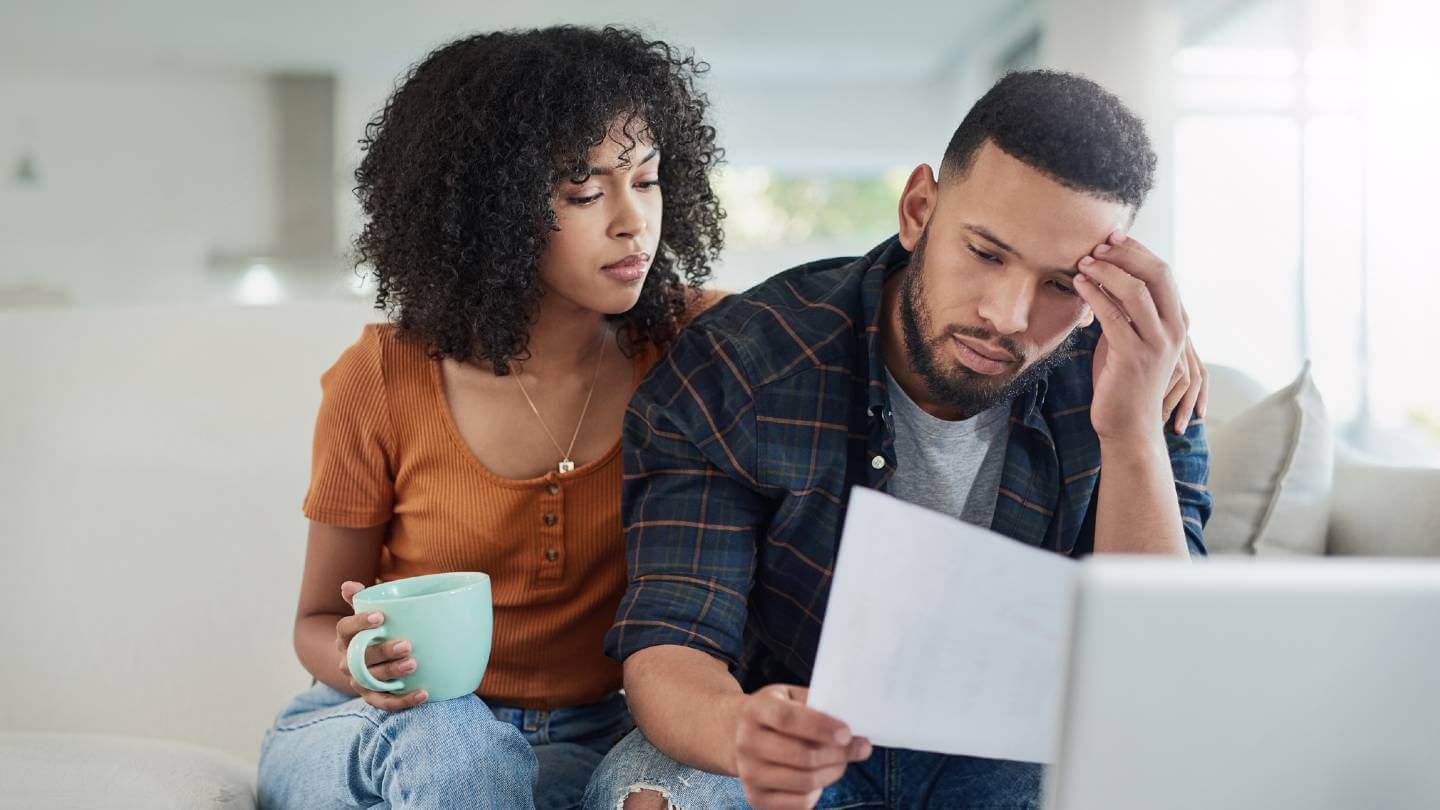 The emergence of the COVID-19 pandemic has illuminated just how essential internet service truly is in our society. Millions of Americans currently rely on the internet to work from home, learn remotely, schedule doctor and vaccination appointments, look for jobs and more.

Despite the internet being such an essential service, however, its availability throughout low-density areas is sparse and its prices are often out of reach for low-income households. For many Americans, therefore, having even one good option for internet service would be a blessing.

Internet service is becoming a factor when moving

Internet service has become such an essential part of society that many Americans now factor in internet service availability when deciding where to live. For example, Mr. Rob Putnam, a resident of the suburbs of Raleigh, NC, learned the hard way just how few internet service options there can be in lower-density neighborhoods.

If you looked at a broadband availability map, it would tell you that both AT&T and Spectrum were serviceable on Putnam’s block. This is because federal broadband maps will report an entire block is connected to a provider if that internet service provider (ISP) reaches even just one home on the block. However, when Putnam moved into his home, he discovered that the side of the street he lived on was an AT&T zone, which meant Spectrum could not serve his home even if it wanted to. Putnam’s only choice was AT&T.

AT&T, however, had recently decided to abandon DSL service and, therefore, would not be taking on any new DSL customers. AT&T’s fiber internet was also not an option for Putnam because AT&T had not installed the necessary infrastructure in Putnam’s neighborhood for fiber internet and had no plans to do so.

I put in my address and every other provider says they don’t service my area but that AT&T does, and then AT&T says I can’t have it.

The most frustrating part for Putnam was that even though AT&T refused to provide internet for his home, other providers still couldn’t offer their service to him. Putnam explained, “It is acknowledged amongst all service providers that [my side of the street] is a no-go zone because that is AT&T’s property. It’s their market.”

However, because Putnam lives in such a low-density community, it is unlikely that even if other providers had the option to serve his home, they would opt to do so. Instead, providers are much more likely to invest their time, money and resources into higher-density areas where they can acquire significantly more customers in a single community.

“There are brand new neighborhoods out there that are much denser than ours … And so [providers] are basically bypassing us,” Putnam explained. “They are installing lines for the new system in these neighborhoods and they may or may not decide to ever come to us.”

Putnam noted that the most astonishing part of his situation is that he lives in a fairly wealthy community where the average home costs nearly $1 million. And yet, he still couldn’t incentivize AT&T to install fiber internet in his community or DSL internet for his home.

Putnam wondered how poor communities could possibly find solutions if even a community like his was struggling to find them.

“For me, it’s just, bring it, I’ll pay. I don’t care how much it costs because I have to have it … How many of these poor economic communities are going to be able to pay $50 to $100/mo. for internet access?”

It took Putnam 2.5 years of petitioning to a local utility commission and corresponding back and forth with AT&T until AT&T finally agreed to install a line in his home for DSL internet. “It was a herculean effort,” Putnam said.

After all of this effort, Putnam now pays over $100/mo. for internet service that doesn’t even qualify as broadband. His neighbors, who are on the same DSL line, however, receive significantly faster speeds.

“The last people to connect [to DSL],” Putnam explained, “have the lowest amount [of speed]. It’s not all equal. Some of my neighbors get 50 Mbps of DSL. I only get 15 Mbps … AT&T literally told me when I was on the phone asking when I could [increase my speeds], they said, ‘when one of your neighbors disconnects.’”

Mr. and Mrs. Putnam recently almost moved to an even lower-density community in North Carolina but then decided against it when they found out that the sole internet provider in that area would discontinue its DSL service for the house he was considering buying once its current clients left.

“I’m not buying another house that’s even more rural than where I am now, where there’s no chance I can get internet out there … Who could live without internet access these days?” Putnam asked.

The digital divide and ISPs

Putnam’s story highlights one of the biggest issues of the digital divide — ISPs are reluctant to service low-density communities because it is not in their financial interest to do so. This issue is becoming increasingly challenging to solve as more and more providers are deciding to discontinue their DSL service, the primary internet source for rural areas.

The Institute for Local Self-Reliance (ILSR) reported in Aug. 2020 that ISPs “have largely abandoned rural America” even after receiving billions of dollars each year from the federal government through the Connect American Fund to service low-density areas. The ILSR wrote, “Despite the Connect American Fund, the large providers have rarely invested in next-generation services in areas where they do not face competition.”

However, there is very little competition amongst the ISPs anywhere in the U.S.

ISPs are able to get away with charging extremely high rates, even in cities, because they rarely have to compete with one another for customers. They each get their own zones.

The ILSR reported in 2020 that at least 83.3 million Americans can only access broadband through a single provider.

Millions of Americans still do not have a real choice when it comes to their internet service. In urban areas, a relative majority can choose between two or more providers — usually the monopoly cable company and the often slower monopoly phone company.

The monopoly internet providers have over most areas of the country, therefore, is one of the leading causes of the digital divide. Without competition, ISPs have full control over how much they charge and receive little incentive to improve their speeds or services for their customers.

As a result of this monopoly, the number one reason people lack internet access is due to the cost of internet service. In fact, recent studies have discovered that the U.S. has some of the most expensive broadband prices in the world.

The Pew Research Center also discovered in June 2019 that 50% of surveyed Americans lack internet access due to the cost. Far fewer participants of the study reported lacking internet access because their smartphone does everything they need online.

A glimmer of hope

Although pricing and accessibility are major issues when it comes to internet access in the U.S., emerging technologies offer a glimmer of hope for closing the digital divide. The rise of 5G home internet may entirely disrupt the monopoly cable and fiber providers have on the market as 5G cell towers are significantly easier and cheaper to deploy than fiber and coaxial cables.

Another emerging technology offering some promise for rural areas is Elon Musk’s Starlink satellite company. Although Starlink may not be a cheap option for rural areas, considering pricing starts at $99/mo., it will be a high-speed option available anywhere.

“I’ve been watching these [options] because I really need it,” says Putnam.

In addition to new technology options for internet service, the federal government has also started playing a more active role in connecting low-income households and rural areas to high-speed internet due to the pandemic. On Feb. 25, 2021, for instance, the FCC voted to invest $3.2 billion in subsidizing internet access for low-income families for the remainder of the pandemic. Former President Trump also signed a COVID relief package in Dec. 2020 that will dedicate $300 million to the construction of rural connectivity.

Although promising, the future is still uncertain as, in the past, ISPs have done little with the money they have received from the federal government to provide broadband speeds to rural areas. According to the ILSR, the last major investment for rural connectivity only required ISPs to provide speeds of 10 Mbps to rural communities in order to receive the subsidy.

Although the standards have now been raised to 25 Mbps, this is still likely not sufficient for households working and learning from home during the pandemic. For households like the Putnam’s, therefore, 5G can’t come soon enough.