Compare the top internet service providers (ISPs) in Baltimore to find the best internet speed, availability and pricing in the area. 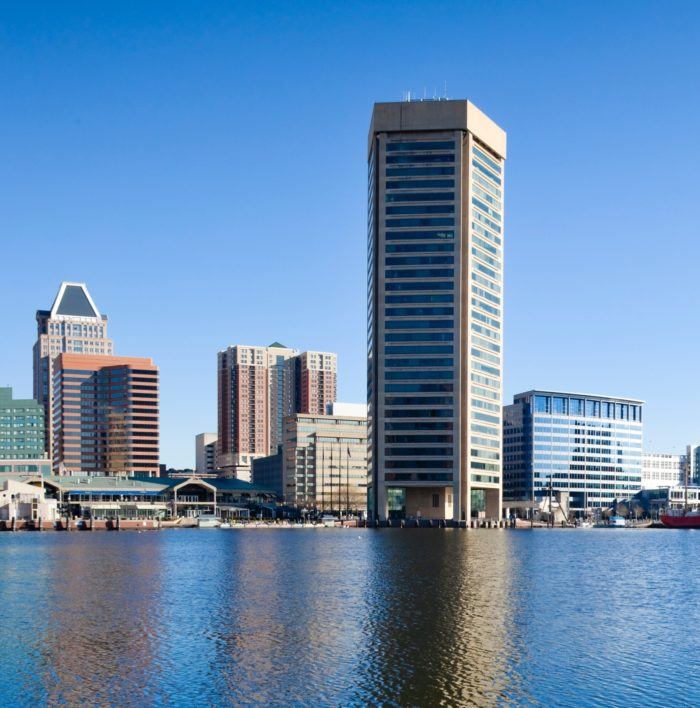 Shop providers near you

*Pricing per month plus taxes for length of contract. Additional fees and terms may apply. Pricing varies by location and availability. All prices subject to change at any time. May or may not be available based on service address. As of 01/14/21.

Verizon: Verizon’s DSL internet service provides city-wide coverage to over 94% of Baltimore’s residents. Verizon also offers a high-speed fiber optic service; however, the coverage area is currently limited to roughly 23% of the city. In Baltimore, Verizon’s internet speeds range from 3 to 940 Mbps. Verizon’s fastest speeds are exclusively available on its fiber optic network.

Xfinity: Another one of the largest service providers in the Baltimore area is Xfinity. Xfinity provides coverage in nearly 100% of Baltimore and has a wide range of internet, TV and home phone service options.

Atlantic Broadband: Baltimore’s other well-known cable internet provider is Atlantic Broadband. However, this ISP is only available in approximately 20% of Baltimore and its availability tends to be more on the outskirts of the city.

Expert tip: Choose fiber optic internet if available to you

Although Xfinity and Atlantic Broadband’s cable internet is a faster alternative to DSL or satellite internet, fiber optic tends to be the most cost-efficient way of accessing high-speed internet. Therefore, Verizon Fios is likely your best option out of the major ISPs in Baltimore when it comes to reliable speeds.

GiGstreem: GiGstreem covers seven communities in Baltimore and of these communities, it is only available for residents who live in apartment complexes. GiGstreem is a good option for high-speed internet as it uses a fiber optic network. GiGstreem is available in the following communities: 1400 Lancaster, Anchorage Marina, Pierhomes, Pierside Condos, Silo Point, The Harborview Towers and The Townes at Harborview.

For residents in the Baltimore area who live further outside the city, satellite internet, such as Viasat or HughesNet, may be your only option. Although satellite internet will not get you the same high-speeds as cable or fiber optic and its plans are often more expensive, its widespread coverage ensures that everyone in Baltimore has access to the internet.

Viasat: Viasat offers a wide variety of internet plans; however, all seven plans are within the speed range of 12 and 100 Mbps. The greatest difference between the plans is the monthly data cap, which reaches up to 150 GB on the most expensive plans.

HughesNet: HughesNet only offers four internet plans and they all reach up to 25 Mbps. The difference between the plans is how much data you buy. Data ranges between 10 and 50 GB.

Which are the cheapest high-speed internet plans in Baltimore?

Which provider should you choose? Verizon offers the best value

Although Port Networks offers the cheapest plan in Baltimore at $30/mo., Verizon’s cheapest plan is a better value. Verizon and Xfinity offer similar plans at identical prices; however, because Verizon uses a fiber optic network and Xfinity uses cable, Verizon’s speeds will likely be more reliable than Xfinity’s.

Which providers offer the fastest speeds in Baltimore?

Which provider should you choose? Xfinity’s 1,200 Mbps plan is best

Xfinity, Atlantic Broadband and Verizon all offer plans at $79.99/mo., but because Xfinity’s plan reaches the fastest speeds (1,200 Mbps), it is likely your best option. Xfinity also offers a 2,000 Mbps plan; however, with a starting price of $299.95/mo., it is not a cost-efficient choice.

Although Port Networks offers the least expensive gig-speed plan, the speeds of this plan vary by the location, meaning you could end up with as little as 250 Mbps for $60/mo.

Which providers offer the best bundle deals in Baltimore?

Which provider should you choose? Atlantic Broadband offers the cheapest bundle deal

If, however, your household requires faster internet speeds or desires more than 60 channels, then Xfinity and Verizon offer better bundle options. Atlantic Broadband’s higher-tier bundle plans are not as good a deal as its cheap bundle plan.

Which provider offers the best benefits in Baltimore?

Which provider should you choose? Xfinity’s hotspots are a major plus

Xfinity offers millions of Wi-Fi hotspots throughout the country, making Xfinity one of the best providers for those who are constantly on the move. If you live in Baltimore, Xfinity is likely your best available option as Xfinity covers over 90% of the city, offers a wide variety of affordable plans and provides some of the best benefits around. In contrast, the other most-appealing option, Verizon Fios, only covers 23% of the city.