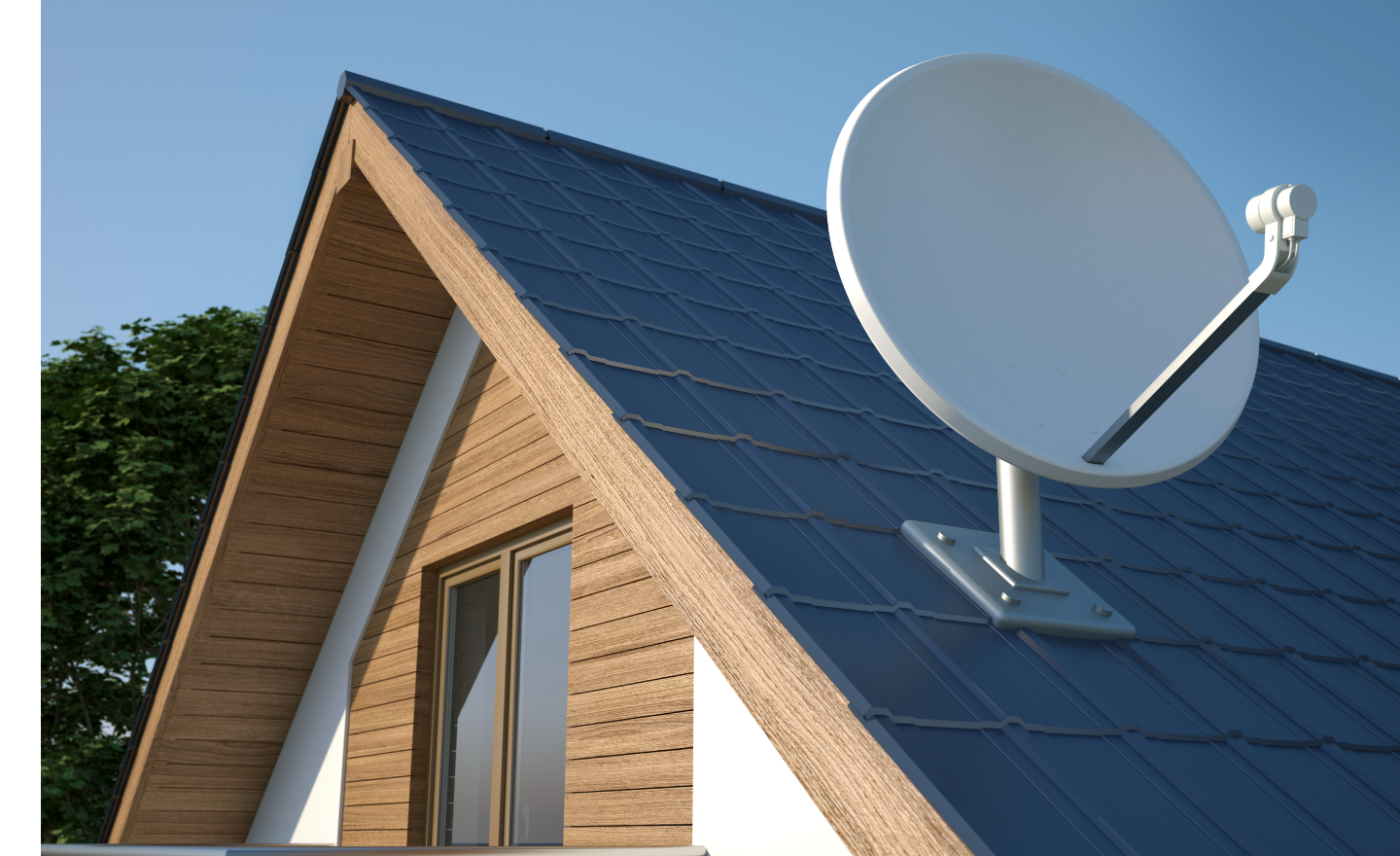 Satellite internet is an internet connection that uses satellite signals to send and receive data to the modem in your home. It isn’t as fast as fiber or cable, but it is a solid option for rural internet users and it’s available nearly everywhere.

The main satellite internet providers are HughesNet, Viasat and Starlink, with speeds from 25 to 200 Mbps and prices starting at $49.99/mo.

What we cover on this page:

The footprint of satellite orbits

Satellite internet requires some hardware to ensure the service reaches your home.

It’s a fairly simple process to receive and set up satellite internet in your home:

The footprint of satellite orbits

HughesNet and Viasat use geostationary (fixed position) satellites that are about 22,000 miles above the Earth’s surface, whereas Starlink uses low-orbit satellites at 340 miles above Earth. Speeds range between 25 to 200 Mbps.

There are three types of orbit, high, medium and low:

First developed in the late 1950s, satellite technology was used for military purposes. The Soviet Union launched the first one in 1957, quickly followed by the U.S. By the 1960s, the tech was being used for commercial communications purposes.

According to HughesNet, “The invention of the World Wide Web created a new role for satellites in communications. In 1993, Hughes Aircraft Company filed for a license with the FCC to develop SPACEWAY, the first Ka-band satellite, which was later launched by Hughes Network Systems, Inc. in 2005. After the success of this launch, the FCC called for more companies to get involved in satellite Internet service, opening up the industry to more companies.”

“At the time, early adopters of internet technology accessed the web using their telephone lines. Instead of waiting for data to crawl through a phone line at mere kilobits per second, users could receive it via satellite at ten times the speed.”

HughesNet anticipates the planned launch of the next generation of ultra-high-density satellites will bring its customers download speeds of 50 to 100 Mbps.

Viasat started offering speeds up to 150 Mbps in some areas and says, “as we add newer, more advanced satellites with global coverage, the service is expected to only get better and faster — as well as available in many more places.”

Weather can interrupt your satellite signal. HughesNet shares, “A cloudy sky, light rain, or fog shouldn’t impact your internet service. But heavy thunderstorms or heavy snow/ice storms may result in intermittent connectivity or a temporary loss of connection.”

Something to keep in mind is that there may be stormy weather at the ground station where your internet connection starts and that can also interfere with service.

Weather isn’t the only issue that may affect your service. Placement of your dish, high trees and shrubbery and other things may interrupt it.