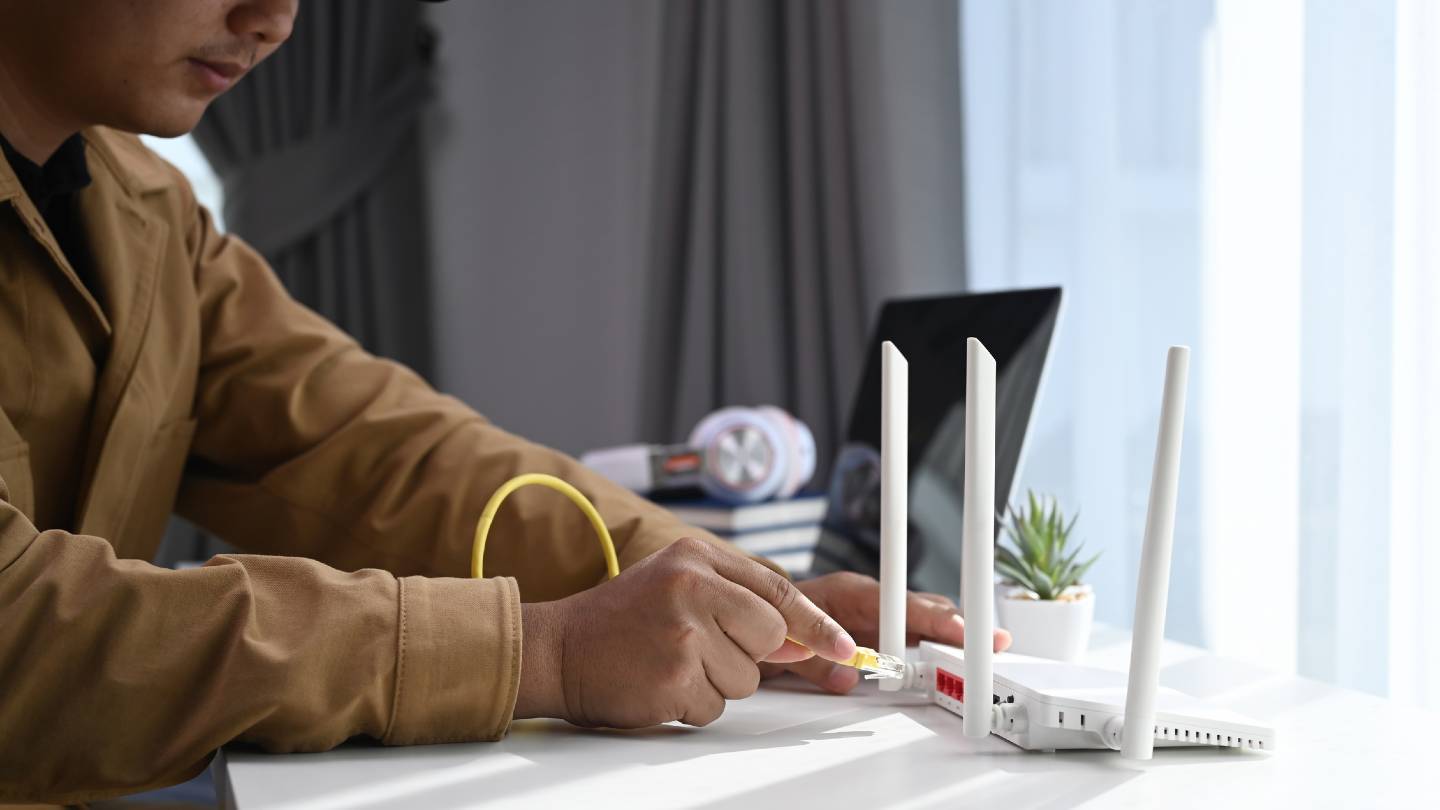 When setting up a router in your home, you’ll need to decide between a dual-band and a tri-band router. The main difference between the two is the amount of traffic they support and speeds they are capable of. Dual-band routers support the 2.4 GHz and 5GHz bands. Tri-band routers do as well but support an extra 5GHz band that allows for more bandwidth and faster speeds that is ideal for households with many connected devices.

The primary difference between a dual-band router and a tri-band router is the frequency bands they support. Dual-band routers support both the 2.4GHz band and the 5GHz bands — tri-band routers offer these as well, but have an extra 5GHz band. This essentially allows for faster speeds and increases the routers’ ability to deliver a Wi-Fi connection to many more devices.

Which type of router should you choose?

Dual-band routers are great for households with one person or a small family, particularly if you don’t have tons of internet-connected devices or anyone who is gaming 24/7. Tri-band routers are ideal for larger families or people who have tons of internet-connected devices, like those who have a fully functional smart home setup. If you have multiple people under your roof who love to stream lots of content, a tri-band router is likely to make for a better experience since they support more bandwidth.

One thing to keep in mind as you search for the ideal router for you is the price point. Dual-band routers are widely available at a variety of prices. You can expect to find dual-band routers priced anywhere from $40 to $300, depending on capabilities and features.

Early routers were usually single-band, meaning there was only one frequency band at which it could communicate with wireless devices. As technology advanced, the dual-band router came into play.

As you might expect by the name, a dual-band router adds a second frequency at which your router can communicate with your devices. It communicates at the standard 2.4GHz frequency, as well as the 5GHz frequency. Dual-band routers also have opened up support for a number of other new technologies. Features like MU-MIMO —  multi-user, multiple input, multiple output — technology allow for steadier connections when multiple devices are in use on the same wireless connection.

This development of the dual-band router was spurred by new wireless standards. While single-band routers used the 802.11 network standard to create a local network between your router and your devices that connect to it, the newer 802.11ac standard has expanded the capability of routers to communicate across multiple bands of frequency.

Because the 2.4GHz frequency band has been in use for a long time, it typically is a little slower. The 5GHz frequency, which is newer, supports faster and more stable connections. By using these new standards, dual-band routers are able to better manage multiple connections at the same time and achieve faster speeds. In the aggregate, dual-band routers are capable of supporting speeds up to 2,167 Mbps.

Pros and cons of dual-band routers

If you’re looking for an exemplary dual-band router, you’d be hard-pressed to find a better one than the ASUS AX5700. With support for speeds of up to 5700 Mbps and wired speeds of 2 Gbps, there are few routers capable of supporting a faster connection. It can extend coverage through your entire home with ASUS AiMesh support, allowing you to create a wide network of internet connectivity through your house. Gaming mode lets you focus your resources and prioritize high-traffic activities and built-in security features will keep you safe online.

Just like dual-band routers were an evolution from the original single-band router, the tri-band router is another improvement over existing technology. In the scheme of things, tri-band routers are still incredibly young and new technology, and are essentially a plan for the future when even more of our devices are connected to the internet (if you can imagine that).

What does the extra 5GHz band do?

The tri-band router introduces a third frequency band, adding a second 5GHz band. You can think of this as adding a lane of traffic to a highway. With a second 5GHz band, capable of blazing-fast connection speeds, you can open up your personal network to even more connections. Oftentimes, tri-band routers will have built-in technology for managing traffic, directing different activities to different lanes to maintain peak speeds and steady connections. It’s ideal for those who have multiple people in the household who game or stream lots of content, as a tri-band router can handle it all at once.

Pros and cons of tri-band routers

If you’re in the market for a tri-band router, check out the NETGEAR Nighthawk X10. With aggregate support for speeds up to 7200 Mbps and three separate bands to carry your online activity, you’ll be surprised at just how seamless the internet can feel. A built-in processor helps to manage traffic, prioritizing high-demand activities like streaming and gaming without restricting connectivity for others. This router is built to blanket your home in connectivity, with the ability to provide 2,500 square feet of wireless connection.

Will tri-band routers speed up your internet?

A tri-band router is better equipped for achieving and maintaining top speeds, but it cannot actually speed up your internet — just help you get the most out of it. You’ll need to upgrade your internet plan with your service provider in order to get faster internet.