A wired connection is truly the best way to game online, but it’s not always practical or even possible to do. To bridge the gap, you’ll need a Wi-Fi router that supports fast speeds and low ping across multiple devices at once.

Based on speeds, Wi-Fi capabilities and a few other gaming essentials, take a look at our top picks for the best gaming routers for 2020.

The RT-AX88U is an all-around great investment for gamers looking for a boost in speed capabilities and the tools needed to manage router traffic on high and granular levels. The easy-to-use interface includes tools like the Traffic Analyzer, GameBoost and Adaptive QoS for hands-on bandwidth management. The RT-AX88U is also compatible with Wi-Fi 6 devices and can reach speeds up to 1,148 Mbps on the 2.4GHz band and 4,804 Mbps on the 5GHz band.

Not every gamer is looking to spend an arm and a leg on good equipment.  The AX4 4-Stream makes sure you don’t have to. This cost-efficient model boasts Wi-Fi 6 speeds and the range to cover a moderately-sized household with up to 16 devices. Use the Nighthawk app to monitor speed and control user internet access from your smartphone device.

This one is for buyers that are willing to invest in all the bells and whistles for the right price. Featuring a gamer-friendly dashboard and faster data transfer than its predecessors, the XR700 is designed for top performance in both hardware and software. Allocate all gaming traffic to an express lane, monitor network usage and prioritize bandwidth to the devices in your home that need it most (i.e. your gaming equipment).

The need for speed is a given when it comes to gaming, but that need becomes even more paramount when you’re dealing with multiple devices in a large household. The GT-AX11000 is one of the first routers of the Wi-Fi 6 era, so it’s got the goods to deliver on the low latency of which gamers dream. With the right internet connection, the GT-AX11000 can reach up to 1,200 Mbps on its 2.4GHz channel and 4,800 on each 5GHz channel.

The AX6000 has the range and ports to adapt with your home as you size up and add devices. With eight ethernet ports and eight external antennas, this is one of the largest devices on the market. The AX6000 includes dual bands but still delivers incredible Wi-Fi 6 speeds on both the 2.4GHz and the 5GHhz channels (1,148 Mbps and 4,804 Mbps respectively). Band steering gives gamers the power to pick and choose which connected devices operate and on which channels for lower latency.

How to choose the best Wi-Fi router for gaming

There are a few things you’ll look for in any high-quality router (speed capability, antennas, etc.), but a device designed with gaming in mind will boast other key features to optimize your experience. Consider the following when it’s time to choose the best gaming router for you:

Congestion on your network can result in lag and latency that will heavily affect your performance. All routers have QoS features to an extent, but a good gaming router will prioritize certain consoles and applications over common household traffic like smartphones and smart home devices. A great one will allow users to specify bandwidth priorities as they please.

Dual-band routers have become standard for connected households with more than just a couple devices competing for bandwidth. Serious gamers should go one step further and shoot for a tri-band device. Lower priority traffic normally uses the 2.4 GHz band while smart TVs and laptops tend to take up space on the 5Ghz band. Tri-band routers will add a second 5 GHz band that you can dedicate specifically to gaming. Think of it as adding an express lane to a busy two-lane highway to break up traffic.

The more antennas your device features, the better range and signal it will project. This is especially important when it comes to decreasing latency and the lag issues that plague frustrated gamers.

Going wireless can be helpful, but every serious gamer knows that a wired connection is best for an uninterrupted signal and the fastest speeds your router allows. Evaluate how many devices you’ll be connecting directly and then choose a router with the appropriate amount of ports. Generally, four ports is enough for a large household with multiple devices.

In order to take advantage of the upgrade in throughput, be sure that each user device supports MU-MIMO technology before purchasing your new gaming router or vice versa.

You may have heard them referred to as standards, protocols or Wi-Fi specs, but all of these are terms for the standard of wireless internet compatibility on your router. The most current standards are 802.11n and 802.11ac, also known as Wi-Fi 4 and 5 respectively. The majority of devices currently sold and in use by most users are running Wi-Fi 5.

Certification for Wi-Fi 6 began on September 16, 2019 and the first devices featuring the faster standard are already on the market. A router running Wi-Fi 6 (802.11ax) with only one connected device is said to experience speeds up to 40% faster than Wi-Fi 5. If possible, spring for a device running the latest Wi-Fi 6 standard for an upgrade in throughput and network efficiency.

Notice that we didn’t mention price? That’s because going with a lesser-priced router may not deliver the gaming experience or Wi-Fi connectivity you need. Anyone who’s familiar with excessive game lag or frequent disconnections will tell you that spending a little extra for the right router is definitely worth it.

Are your internet speeds fast enough for gaming?

The FCC recommends speeds no less than 4 Mbps for gaming, but that’s if you only have one device connected and are consistently getting max speeds over a wired connection. With that being said, speeds of 10 Mbps connected to multiple devices will probably not cut it for gamers.

Download speeds of 50 Mbps or higher will comfortably support gaming and other activities over a Wi-Fi signal — if you have the right router, of course.

Follow us on social or bookmark our Resource Center for more ways to optimize your internet connection and enhance your gaming experience. 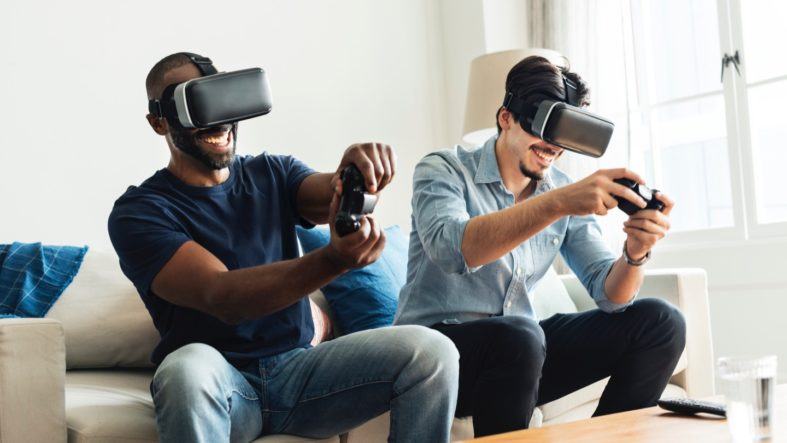 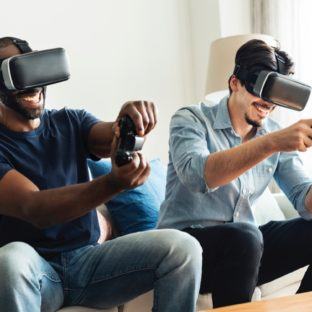 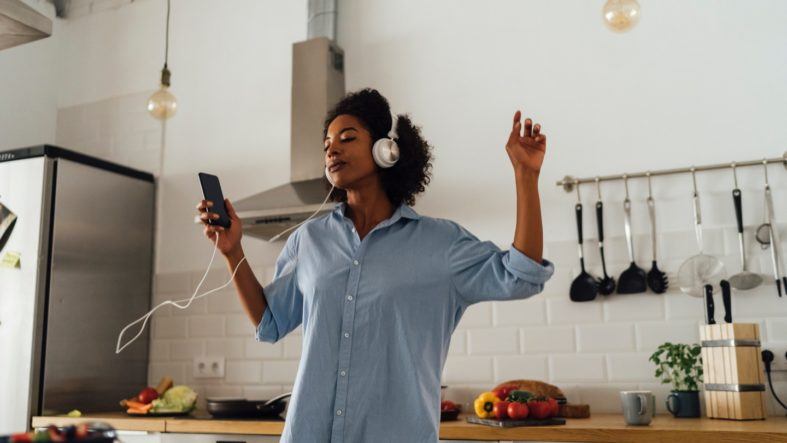 Movies, music and games, oh my! Check out five of the top benefits of using the internet for your entertainment needs. Read more