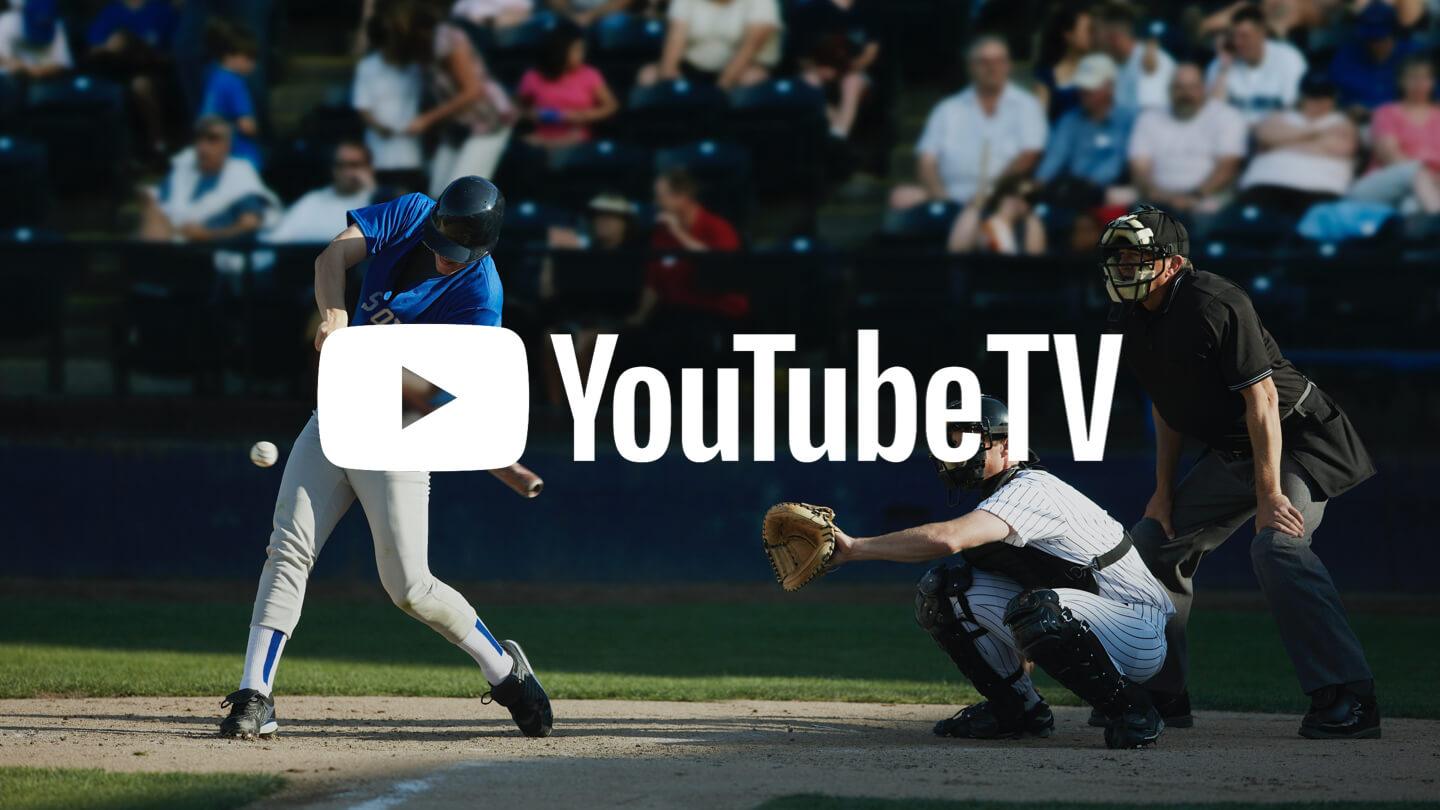 YouTube TV is a streaming service that enables viewers to watch more than 80 live channels without having to sign up for an expensive, long-term cable contract. Its channel lineup includes entertainment, lifestyle and news options, in addition to a wealth of sports viewing. YouTube TV offers a cable-like experience that enables users to scroll through current programming, watch live channels and record unlimited amounts of sports and TV shows.

The streaming service launched in April 2017 with local networks as well as several sports channels. Later that year, it added MLB Network to its channel lineup, along with regional sports coverage of Major League Soccer teams — specifically the Los Angeles FC and Seattle Sounders.

Does YouTube TV have sports? This article will answer that question and cover how to watch sports on YouTube TV.

YouTube TV costs $64.99/mo., which increased from $49.99/mo. in July 2020. The service provides one standalone streaming plan to subscribers with no option to remove ads from broadcasts.

YouTube TV offers one of the best user experiences in the busy live streaming market. Its subscribers benefit from unlimited recording space for up to nine months with YouTube TV’s cloud digital video recorder (DVR) feature. It also enables users to create up to six profiles on each account, which gives every user their own cloud DVR space for recording content, as well as receiving their own personalized channel and TV show recommendations and customizable TV guide.

YouTube TV users can personalize their service by adding their favorite shows and sports teams to their account. This enables them to receive alerts when new episodes become available or activity updates when their team is in action. However, a useful feature for sports fans, in particular, is the option to turn off the scores for specific teams. This ensures they will never have their team’s scores spoiled for them, which is particularly helpful when they record a game to watch back at a later date.

YouTube TV sports content is available from the three main tabs in the service’s easy to navigate platform, which is consistent across its multiple mobile apps and web players. Content from the shows and sports teams that users have saved to their account will appear in the Library section, alongside their DVR recordings. The Home section is where users can discover new content recommendations based on channels and shows they’ve recently watched, as well as local broadcast channels. While the Live section is where users can discover shows that are currently airing.

Viewers have a choice of more than 80 live channels on YouTube TV, which includes local networks, major news channels, entertainment, lifestyle and movie options. But sports fans are particularly well served by the service, with a number of local and national sports networks, college sports channels, and more.

Basketball fans can also get more NBA action by signing up for NBA League Pass through YouTube TV. The service enables viewers to watch every live game from the regular season and NBA playoffs. It costs $39.99/mo. on top of the viewer’s regular YouTube TV subscription fee.

The service is home to Major League Baseball (MLB), National Basketball Association (NBA), National Football League (NFL) games. Events are typically shared between local sports networks and national broadcasts. Most of a team’s games are aired on local channels, which will largely be either on FOX or NBC regional sports networks. These regional channels are available on YouTube TV. Fans of LAFC, Orlando City and Sounders FC can catch these Major League Soccer teams’ games on these local networks.

YouTube TV sports options include ABC, ESPN, FOX Sports and TNT, which are the channels that share the majority of nationally broadcast games. It also enables basketball and hockey fans to watch big games on MLB Network and NBA TV — YouTube TV is the only major streaming service to include the network in its channel lineup. While college sports games are also aired on ACC Network and SEC ESPN Network.

No. YouTube TV’s channel lineup does not include beIN Sport.

YouTube TV offers plenty of sports options to subscribers. This includes live streams of teams from their local area through regional sports networks as well as nationally broadcast games aired by major sports networks. It also offers college sports, as well as channels dedicated to specific sports like golf and tennis.

This wide choice of sports viewing is in addition to a strong lineup of more than 80 live channels covering entertainment, movies and news. This makes YouTube TV a great option for people looking for a cable-like experience of live channels. However, the service is more expensive than other similar services, so it’s not an option for people who want a budget streaming offering.