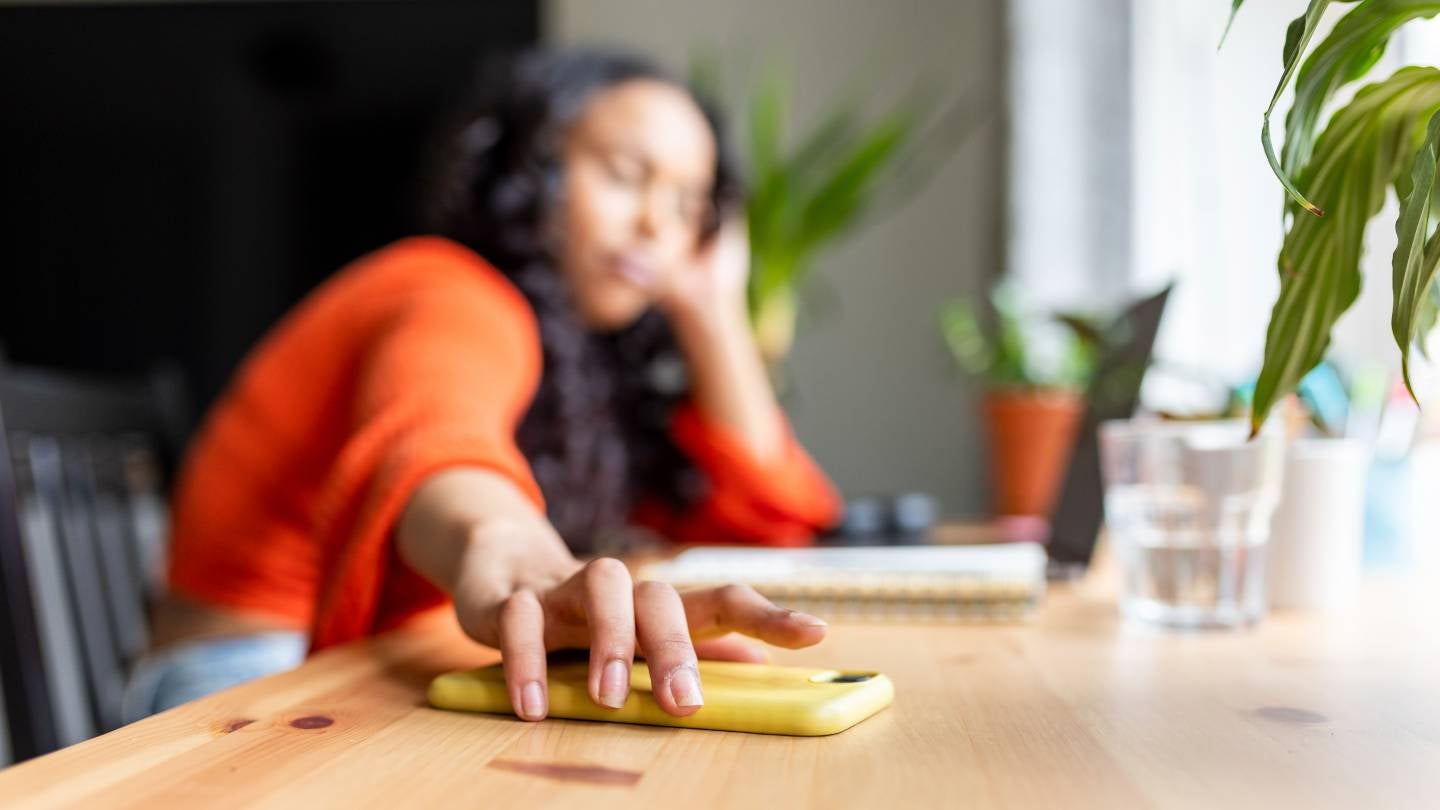 A world without internet … In 2022, it almost seems impossible. But what if there was an internet shutdown for a day? What would happen?

Globally, over half of the world has internet access and according to the 14th Broadband Deployment report from the Federal Communications Commission (FCC), the end of 2019 saw 94% of Americans with “access to both 25/3 Mbps [download/upload speeds] fixed broadband service and mobile broadband service with a median speed of 10/3 Mbps.”

Over the last two years, the internet has become woven into the fabric of our society. Everything from banks and schools to the military and utility systems relies on the internet in some way, shape or form.

Take a moment to imagine with us: What would happen if the internet went down for a day?

A world without internet

It wasn’t that long ago that we actually did live in a world without the internet. The “internet” in its most basic form as a “network of networks” officially launched on January 1, 1983, but dates back to the mid-1950s. It wasn’t until 1989 when Tim Berners-Lee invented the World Wide Web and launched his first web client and server in 1990 that the internet as we know it started to take form.

According to a July 2022 report by Statista, “As of 2022, 91.8 percent of the total population of the United States accessed the internet. This figure is projected to grow to 95 percent by 2027.”

The worldwide pandemic forever changed the landscape of internet use, driving millions of people to stay home for work, school and entertainment. We’ve become dependent on internet access for every facet of our lives.

What would happen if there was an internet shutdown?

For millions of Northern Arizonans, they found out the answer to that question in 2015. Around noon on a February weekday, the internet stopped working for folks from Flagstaff to Phoenix.

A major fiber optic cable that fed several carriers and services was deliberately cut by vandals, stopping internet and telephone services for hundreds of miles.

During that time, debit and credit cards ceased to work, leading businesses to close or go to all-cash transactions.

Cellphones were useless, so there was no texting or calling. The cable cut also shut down most land-line phone services.

In short, the answer to what would happen if the internet went down was that the lives of Arizonans came to a standstill that day – and that was a few years before the world became even more entwined with the internet during COVID.

On that day without internet in Arizona, businesses relying on that connection for production and tracking simply closed and sent employees home.

Once at home, unless you had an antenna, there wasn’t cable to watch TV or internet to surf the web. Reading a book while the kids played in the yard was a good option, though.

Fortunately for retailers, emergency personnel and business owners, the cable was repaired in about six hours.

In April 2022, Bankrate reported, “Forty-four percent of bank customers used mobile banking apps to manage their bank accounts — making it the most-used method to interact with financial institutions, up from 39 percent a year ago, according to an October 2021 survey published by the American Bankers Association.”

The rise of mobile banking makes sense for consumers: Why waste your lunch break standing in line to deposit a check when you can do it any time of day electronically? But what other parts of the banking industry rely on the internet, and how could they be affected by an internet shutdown?

With the internet down, you wouldn’t be able to use any of your financial apps, so you’d have to show up at the bank to make any transactions — unless you use an online bank, in which case all banking transactions would be sidelined. Additionally, anything you have set up to pay electronically wouldn’t go through if the internet went down on the day it was scheduled.

Advances in digital technology and has revolutionized healthcare. For instance, telemedicine in rural communities means that stroke patients who require tPA treatment (which must be approved by a neurologist and administered within a few hours of symptom onset) can be seen electronically by a neurologist, given medication sooner and have their chances of recovery improved.

Additionally, Electronic Medical Records (EMR) and patient portals — with the ability to message your doctor directly — mean patients are empowered with immediate access to their medical records and care team.

But what if all systems went down?

In May 2019, when the internet went down at Phoenix Children’s Hospital for several hours, it was reported that all “systems were down and patient records were inaccessible.” Luckily, in this case, the outage only lasted a few hours and no patients were in harm’s way.

But, Dr. Andrew Carroll, medical director and CEO of Atembis in Chandler, AZ, made a very good point to ABC15: “I think just about everything at a hospital is dependent on the internet at this point. You flip the switch, things like your lab work that was done that morning, your radiology studies may not be available, what you did yesterday may not be available.”

While the internet as we know it today didn’t take shape until 30 years ago, the idea for developing a digital communications technology that relied on packet switching dates back to the Cold War of the early 1950s and has the military to thank for pursuing that technology.

Many military operations rely on their own independent networks; however, some electronic communication and data transmissions do take place via the internet. Losing connection though for a day would render the military’s use of the internet obsolete and effectively set military operations back 30 or more years and cost the country millions of dollars.

In the Department of Defense Annual Energy Management and Resilience Report (AEMRR) for the Fiscal Year 2020 there were 3,018 unplanned utility outages reported, 649 of which lasted eight hours or longer. The outages were caused by acts of nature like weather, equipment failure or some other event.

As countries around the world upgrade aging utility systems, many are turning to the Internet of Things to help improve processes. For instance, many water treatment facilities now rely on smart sensors and an interconnected system based on the internet.

Aging electrical grids are being upgraded to smart grids which use digital communication technologies to function more efficiently, such as sending more power to an area that is being overloaded, switching to renewable resources when needed, tracking usage via smart meters, and more.

David Kennedy, a former hacker for the NSA, told Tech Insider, though, that these systems would be particularly vulnerable in the event of a cyber attack.

How likely is it that the internet will go down?

It’s unlikely that the entire global internet would collectively go down at once for an entire day. The scenarios that would result in a planetary internet outage are things like an asteroid collision, a massive worldwide cyberattack, global nuclear war or an overwhelming solar flare.

The internet isn’t just one centralized computer that someone could unplug at any given moment. Instead, it’s a massively vast and decentralized network of computers and machines stretching across the planet.

“It would be very, very hard for the entire internet to crash based on an important systems theory principle called redundancy,” Paul Levinson, a professor at Fordham University who has published several books on technology and the digital age, told CIO.

“There are so many backup systems, so many workarounds, so many different ways to get from point A to point B. All these come online instantly and automatically if the system fails.”

For an example of how a sizeable chunk of the internet can go down, if one of the world’s largest internet networks, Cloudflare, has an issue, it can affect a large portion of the world’s websites, especially e-commerce businesses.

Cloudflare “acts as a reverse proxy between a website’s visitor and the Cloudflare customer’s hosting provider,” according to Wikipedia,

An outage at the business actually happened in June 2022, when 19 Cloudflare servers went down, affecting sites like Discord, DoorDash, Fitbit, NordVPN and Peloton, according to CNET. Cloudflare explained on its blog that the internet outage was due to “a change to the network configuration.”

Across the world, many countries have – or are currently experiencing – political or government-led internet shutdowns, which affect their businesses, education and health systems.

In 2021, Access Now and the #KeepItOn coalition documented “182 internet shutdowns across 34 countries that affect businesses, education, finances and healthcare.” Access Now is a nonprofit with a mission to defend and extend the digital civil rights of people around the world and shared this graphic in an April 2022 article:

Should we reduce our reliance on the internet?

The internet and new technologies are the way of the world. And while there are potential issues with any new technology, there’s a lot of good to be had from using the internet to improve our processes and day-to-day lives.

Instead of reducing our reliance on the internet, Dutton encourages people to increase their resilience to potential problems.

“It would be stupid to reduce your reliance on the internet. What everyone needs to do is to enhance their resilience to any problems that will occur,” he said.

“They should have backup files if their computer is lost or compromised. Everyone needs to build their capacity to withstand problems that will inevitably occur from time to time, but not check out of the digital age.”