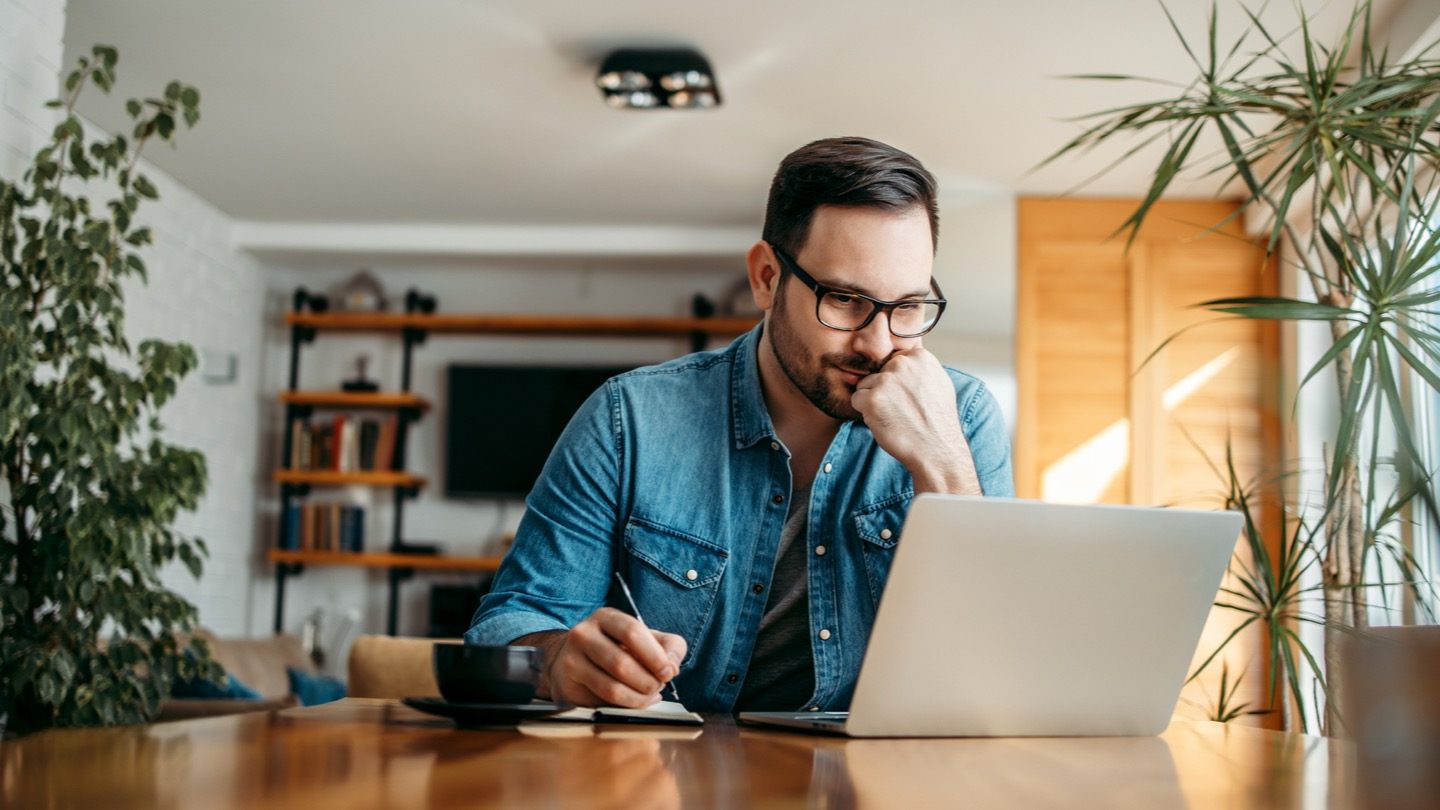 Due to the outbreak of COVID-19, many employees are now working from their homes for the first time. That can be a serious challenge. Whether you have kids who are home from school or just a dog that’s a little too thrilled to have you around all day, home doesn’t always feel like the best place to get work done.

Drawing from relevant academic research and studies, plus three years of remote work experience, I’ve put together this guide to help make this transition a little smoother.

It’s hard to appreciate when you’re sitting in traffic, but your morning commute actually plays a vital role in helping you accomplish your work for the day. With that buffer between work and home suddenly gone, it’s easy to feel destabilized.

Create a place for work

If you can, try to carve out an area of your home that’s just for work. Even if you’re in a studio apartment, dedicating one corner as your office can have positive effects.

“Most of us do our best work in a room of our own,” Stephen King wrote in his book On Writing. “The space can be humble, and it really needs a door which you are willing to shut. The closed door is your way of telling the world and yourself that you mean business; you have made a serious commitment to write and intend to walk the walk as well as talk the talk.”

King’s advice makes sense intuitively, but it’s also been supported by a science called ecological psychology, which is often summed up with the aphorism, “Ask not what’s inside your head, but what your head’s inside of.”

“When we repeatedly execute the same routine and work in the same environment, we create strong links deep inside our brain and body. We connect what we do before we work and where we work to the act of working itself. Essentially, we condition ourselves to work.”

That doesn’t mean you have to spend a fortune building the perfect home office, but you should put some care and intention into your working space. Try to work from the same place every day, make it as free from distractions as you can and only use that space for work.

This is a divisive topic in the work-from-home community. Skeptics will say that getting dressed negates one of remote work’s greatest benefits (sweatpants), but I’d argue that it’s essential for switching in and out of work mode. Like working from the same place every day, getting dressed tells your brain that it’s time to get to work — even if it’s just switching into your best pair of “work” sweatpants.

It’s far too easy to get out of bed and immediately pop open your laptop and start working. But just like your brain needs a space that primes it for work, it also needs regular operating hours.

Everyone does their best work at different times; our brains release hormones associated with energy and focus differently. Scientists call those who are most alert in the morning “larks” and those who peak at night “owls.” Chances are, you don’t have a job where you can work strictly at unconventional times. But paying attention to these cues can help you schedule your work more effectively.

Tend to feel groggy after lunch? That might be a good time to set aside tasks that are less demanding. Feel your alertness peak toward the end of the day? Save your most challenging projects for this period.

Without a company cafeteria or regular lunch crew, one of the first things to go when working from home is often lunch. You might think you can power through on snacks alone, but research indicates that a lunch break is essential to functioning at your best.

One study found that judges granted prisoners parole 65% of the time at the beginning of the day. After a few hours, that number plummets to zero. But when the judges return from lunch, something miraculous happens: The rate immediately jumps back up to 65%.

The takeaway? Your decision-making changes when you’re hungry. It might be tempting to skip lunch, but taking a healthy meal break away from your desk every day will be beneficial in the long run.

In an office, you have plenty of meetings, impromptu chit-chats and coffee trips to help break up the day. But when you’re working from home, you’ll have to be a little more intentional about giving your brain a rest. And if the thought of scheduling breaks triggers the “slacking off” alarms in your head, remember that you’ll actually do your best work in concentrated chunks.

In a well-known study on violinists, K. Anders Ericsson, one of the foremost researchers on expert performance, found that two hours is the ceiling for most focused, sustained work. Most people actually work best in chunks of 60 to 90 minutes with frequent short breaks.

No matter what the industry, this rule seems to hold true. Research from the time-tracking app DeskTime found that the “most productive people work for 52 minutes at a time, then break for 17 minutes before getting back to it.” Workers in a meat-processing plant worked best in 51 minutes on, nine minutes off cycles; for power tiller operators, it was 75 minutes on, 15 minutes off; and for “highly demanding computer work,” a study of patent examiners determined that 50 minutes of work followed by seven-minute breaks produced the best output.

Walk outside if you can

The best thing you can do on those breaks is to go for a walk. One recent study from the University of Colorado found that office workers who took frequent five-minute walks improved their moods, lifted their energy and dulled hunger pangs.

The effect is even more pronounced for creative work. Another study discovered that participants who took a six-minute walk outside increased their creative output by more than 60% compared to those who stayed at their desks, while those who walked inside still generated 40% more creative ideas than participants who didn’t walk at all.

As Henry David Thoreau wrote in his journal in 1851, “Methinks that the moment my legs begin to move, my thoughts begin to flow.”

Put your phone in another room

Even if you’re not on your phone while you work, it’s probably still distracting you. In a fascinating study published in the Journal of Social Psychology, researchers had a group of college students complete a series of difficult tasks while their phones were within reach. Their performance was significantly worse than the control groups’ whose phones were not in the room.

Another study of 160 college students found that those who didn’t bring their phones to class scored a full letter-grade higher on a test of the material presented than those who did.

The lesson? Even if your phone is in your pocket or on your desk, it still takes some mental energy to ignore it. Redirect that energy toward your work and you’ll see better results.

In one study out of Northwestern University, participants were divided into two groups based on their moods: one positive and one negative. (Delightfully, candy was used to induce positive moods.) They were then given a variety of problems to solve that required creative insight.

The moral of the story? Whether it’s your favorite comedy video or a couple of pieces of candy, do whatever you can to put yourself in a good mood before you start important work or head into a big meeting. And if it’s possible, share it with the rest of your team.

Go easy on yourself

Finally, give yourself some time to figure all this out. You might get frustrated that you’re not as productive as you were in the office, but that’s to be expected. Working from home can be a tough adjustment in the best of circumstances, and these certainly are not those.

I’ll leave you with this quote from Spencer Hall in his work-from-home guide: “You are now both the bear and the park ranger. The problem and the solution, that’s you at home now. Be kind to the park ranger by understanding what you need in a day, and what rules you need to follow to keep the park in order. Be kind to the bear by understanding that rules applied to an animal have to take into account the needs and limitations of the bear.”