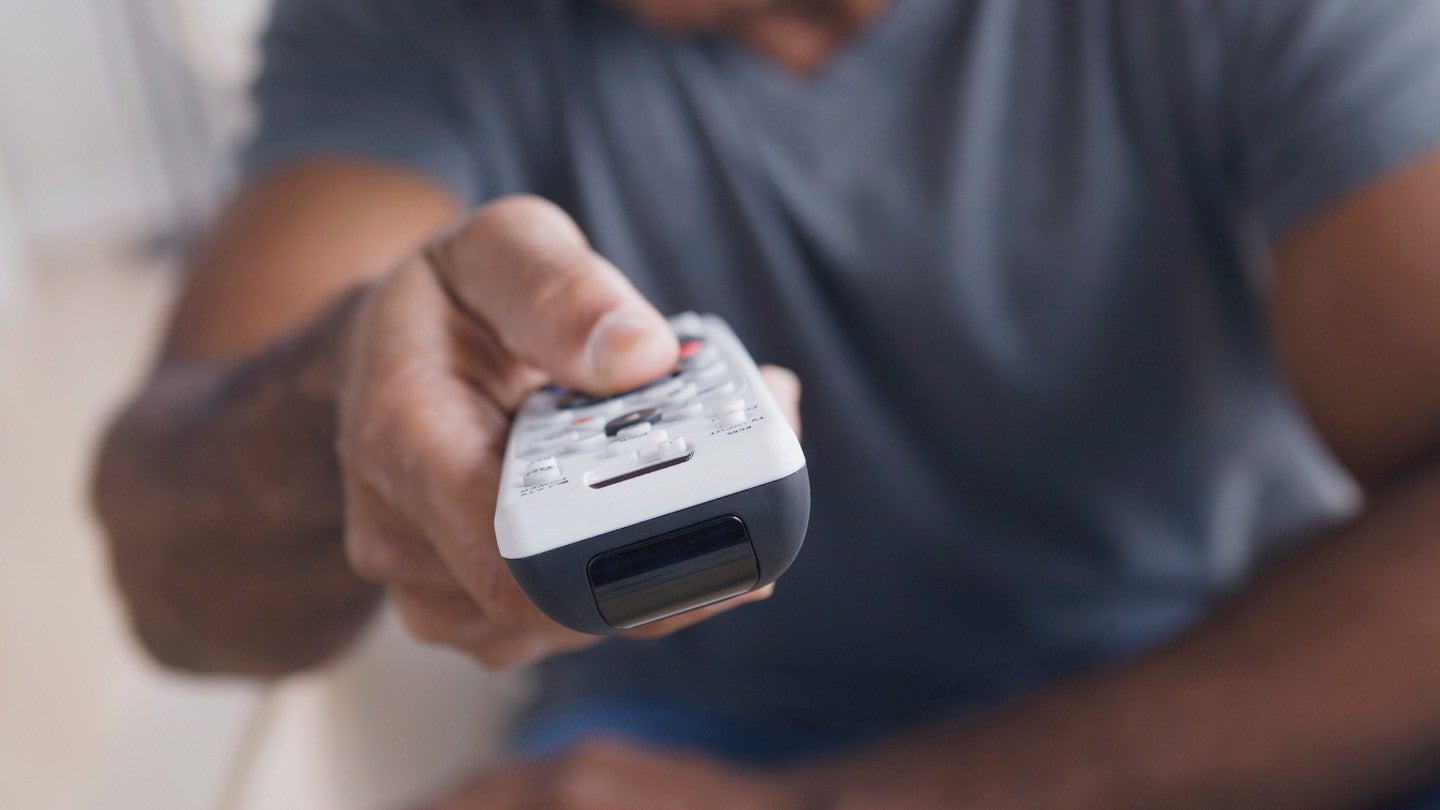 On the eve of Black Friday this year, the FBI field office in Oregon sent out a post to consumers warning them about all those smart TVs that would soon be going on sale.

“Beyond the risk that your TV manufacturer and app developers may be listening and watching you,” they wrote, “that television can also be a gateway for hackers to come into your home.”

It’s been no secret that connected devices are vulnerable to hacking — Consumer Reports released a study last year that found that millions of smart TVs were susceptible — but what’s more surprising is the FBI alerting us to this smart TV data collection and telling us to be wary of the TV manufacturers themselves.

As smart TVs have become the norm over the past several years, the companies that make them have been increasingly using that technology to market more products to us.

According to the New York Times, Samba TV, which creates software called Automatic Content Recognition (ACR) that tracks viewer information to recommend shows, said it has collected data from 13.5 million smart TVs in the US. The company works with around a dozen TV brands, including big names like Sony, Sharp, Toshiba, TCL and Philips.

Users must approve software like this before it can be used — Samba urges them to enable it to recommend shows “by cleverly recognizing onscreen content” — but most people don’t understand exactly how Samba collects this information.

Every pixel on these TVs is interpreted on a second-by-second basis. Whether you’re playing video games on an Xbox Series X or streaming Obi-Wan Kenobi on Disney+, the smart TV can interpret what that means about you — and what you’re likely to buy. (Netflix told the New York Times that it has “agreements with smart TV manufacturers that precluded third-party tracking like that done by Samba TV.”)

Companies like Samba then use that information to help companies target ads specifically to you. Watched Sesame Street on PBS recently? Expect to see ads for diapers soon after.

And it doesn’t just stop at the TV screen. What makes this technology uniquely attractive to advertisers is that they can follow up on other devices using the same internet connection. (A Citi marketing director called Samba’s ability to sync online ads with TV ads ““a little magical.”)

Once they know you’re a parent of a young child, for example, you might see ads on your phone for diapers immediately after Sesame Street ends.

These practices have predictably drawn the ire of the Federal Trade Commission (FTC), but major lawsuits have been relatively rare. The biggest case occurred in 2015, when Vizio was fined $2.2 million for collecting and selling user data without their owners’ consent.

What did Vizio know about what was going on in the privacy of consumers’ homes? On a second-by-second basis, Vizio collected a selection of pixels on the screen that it matched to a database of TV, movie, and commercial content. What’s more, Vizio identified viewing data from cable or broadband service providers, set-top boxes, streaming devices, DVD players, and over-the-air broadcasts. Add it all up and Vizio captured as many as 100 billion data points each day from millions of TVs.
–The FTC on 2017 Vizio fines

Despite this fine, the software has been a boon overall to TV manufacturers, who get paid by companies like Samba to include their software. Samba TV told the New York Times last year that “our business model does subsidize a small piece of the television hardware.”

And while the tracking is limited to what’s actually on the screen, things are only likely to get more Black Mirror-y in the future. In fact, the technology to track eye movement in relation to TVs has long been in development.

If you recently purchased a new smart TV for Black Friday or the holidays, there’s no reason to despair. By law, you must opt in to these software for them to work, and they’re easy enough to turn off at any time.

How to turn off data collection on your smart TV

To be sure, the kind of data collection smart TVs are utilizing is probably not that much more invasive than most people experience in an average day on the internet. But if you’d rather keep your TV-watching private — and forego the personalized recommendations that come with software like Samba — here’s how you can turn off the data collection features on your smart TV.

Open the Home menu, and choose Settings > Support > Terms & Policies. Toggle off the options for Viewing Information Services and Interest-Based Advertising. This might also show up as SyncPlus and Marketing on some older Samsung smart TVs.

On newer Samsung TVs, you might also see an option for Voice Recognition Services. Turning this off will prevent Samsung from using data from your voice controls, but you won’t be able to use them anymore, either.

In the complaint filed against it by the FTC, Vizio was forced to delete all of the data it collected before March 1, 2016. The company has since said that the feature has been disabled on all of its TVs.

To double-check that yours is disabled properly, go to your TV’s Menu, click System, then choose Reset & Admin. Look for the Smart Interactivity feature, and set it to Off.

On older LG smart TVs, the primary data collection feature is called LivePlus, and it’s pretty simple to turn off. Click the Settings button on your remote, and go to All Settings > General > LivePlus. You should see an option here to turn it off.

Most newer Sony smart TVs use Google’s Android TV operating system. There’s no opting out of that; to use an Android TV, you’ll have to agree to Google’s privacy policy.

You can, however, decline Sony’s Bravia policy, as well as the aforementioned Samba TV ACR technology. To turn them off, go to Home > Settings > About > Legal Information > Privacy Policy.

On 2019 models, you can also go to Settings > System Preferences to turn off Samba TV.

TCL and other Roku TVs

Roku TV is one of the most popular smart TV platforms out there, and it comes built into popular TV brands like Element, Hisense, Hitachi, Insignia, JVC, Philips, RCA, Sanyo, Sharp, TCL and Westinghouse.

To turn off Automatic Content Recognition, press the Home button on your remote, then Settings. Scroll down to Privacy, then click Smart TV Experience. Unchecking Use Information for TV Inputs will block Roku TV from tracking your viewing through a TV antenna or other connected devices, but they’ll still see what you watch in Roku TV’s apps.

In the Advertising box of the Smart TV Experience section, you can opt out of personalized ads on Roku’s apps, but there’s no guarantee that the data isn’t being collected.

Like Roku TVs, Amazon builds its Fire TV platform into several brands of TVs, including Insignia and Toshiba. Unlike the other TV brands on this list, Amazon says that it does not use ACR technology at all to collect data.

However, it does still collect data from the streaming apps you watch on its smart TV platform. To turn this off, go to Settings > Preferences, then scroll to the right to find the Privacy Settings.

From there, you can turn off Disable Collect App and Over-the-Air Usage Data and Interest-based Ads. You’ll still see ads on the platform, but they won’t be targeted according to your viewing habits.

Unfortunately, you don’t just have to worry about the TV manufactures invading your privacy. As an internet-connected device, smart TVs are also vulnerable to hacking. We’ve put together a list of best practices for keeping your smart TV safe here.