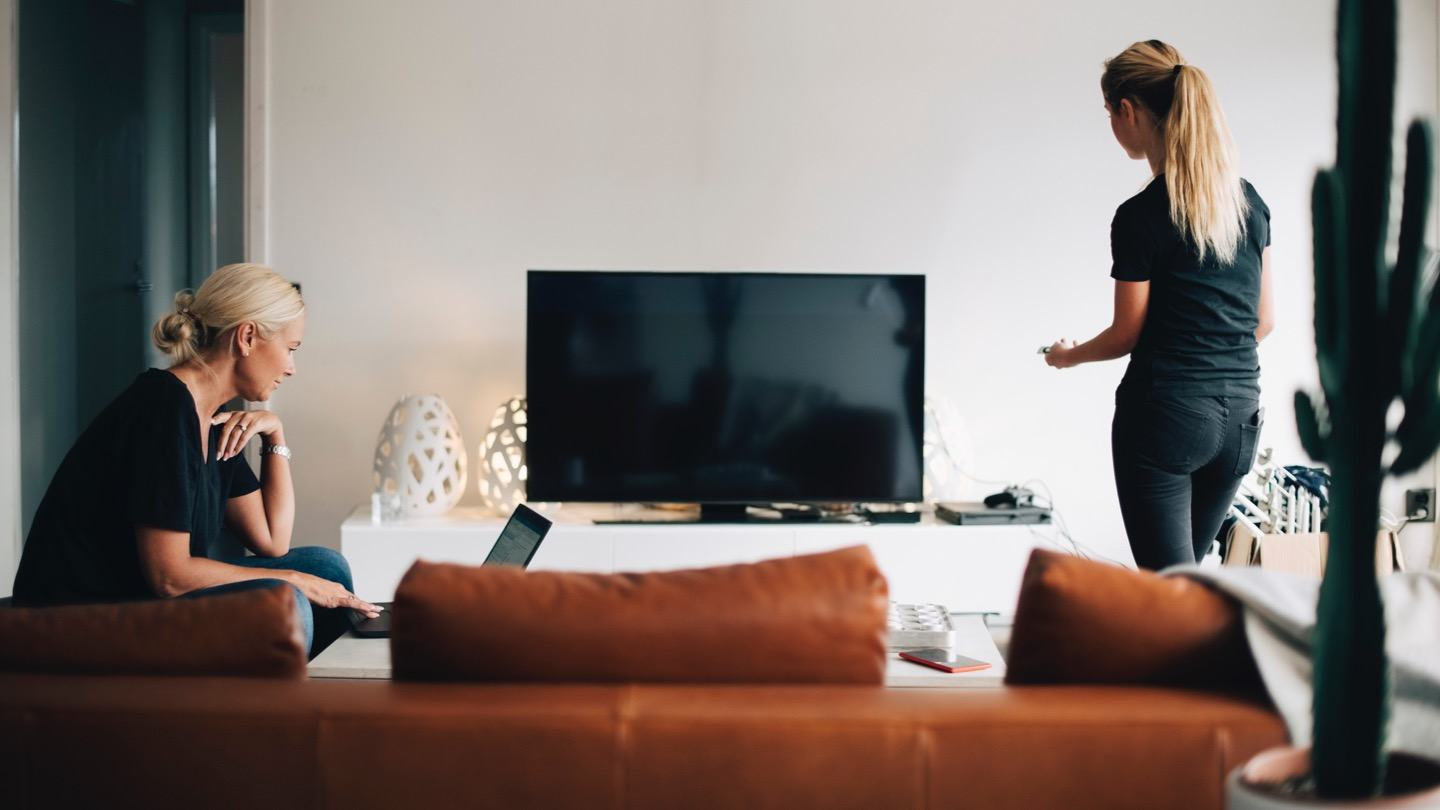 We’re firmly in the age of streaming, but not all of our TVs have gotten the news. If you have a TV that doesn’t have the ability to connect to the internet, don’t despair just yet: There are several easy (and affordable) options for turning your older TV smart — and they don’t require an IT degree to set up. Here are some of our favorite options.

3 ways to connect your TV to Wi-Fi

Using a streaming device is by far the most user-friendly way to connect your TV to your home Wi-Fi. In most cases, they plug into your TV’s HDMI port and power outlet to bring every streaming app out there right to your screen. (There are a few exceptions here and there, but they’re rare.)

Streaming devices generally cost around $30 without 4K compatibility, and $50 with it. If you think you might be upgrading to a 4K TV soon, it might be worth going with a 4K streaming device. While your new 4K TV would be able to connect to the internet directly, streaming devices almost always provide a better user experience, and they generally give you access to more apps than smart TVs.

We walk through the pros and cons of each streaming device in detail, but here are the basic stats on the most popular brands out there:

Keep in mind, no matter which streaming device you go with, you’ll still have to subscribe to apps like Netflix and Hulu separately.

2. Use an HDMI cable

If you only plan on using your TV for streaming every once in a while, you can probably get by just fine with an HDMI cable. As it mirrors everything on your laptop, tablet or phone, you can use this method for things like sharing vacation photos or home videos as well.

Almost every laptop has an HDMI port built into it, so all you’ll need in this case is the cable itself. If you don’t already have one lying around the house, they generally cost around $10 new.

Connecting a smartphone or tablet usually requires an extra step. For Apple products, you’ll need a Lightning Digital AV Adapter, while most newer Android phones and tablets have a Type C connection (also known as USB-C) or Type D (Micro HDMI). Depending on which type your Android device uses, you may have to purchase an adapter.

If you’ve purchased a Blu-ray player or video game console in the past decade, you likely already have everything you need to connect your TV to Wi-Fi. Consoles as far back as PlayStation 3 (2006-2013) and Xbox 360 (2001-2013) come equipped with the ability to connect to the internet. Granted, you won’t have access to as many apps as a dedicated streaming device does, but you’ll have no problem downloading popular services like Netflix and Hulu.

Blu-ray players are slightly more hit-or-miss. If you have an older model, it might not have the ability to connect to the internet. But most models released in the past five years or so all tout their streaming ability as a key selling point. If you’d rather invest in a new Blu-ray player over a streaming device, most models with Wi-Fi start around $70.

Tips for getting the most out of your internet connection

Connecting your TV to the internet is only step one to a smooth streaming experience. We also recommend taking the following steps to ensure the dreaded buffering wheel never derails movie night.

Use an Ethernet cord if possible

While wireless connections have improved a ton in recent years, Ethernet cords still provide a more reliable connection in most homes. But because they plug into your wireless router, your TV will have to be relatively close to your router to use a wired connection. Of the four main streaming devices, only Apple TV has an Ethernet port on all of its models. For Amazon Fire TV Sticks and Google Chromecasts, you’ll have to purchase an adapter separately, while Roku only includes one on its most expensive model. You can learn more about choosing the right Ethernet cord in our guide.

Most streaming services recommend around 5 Mbps of download speeds for smooth, buffer-free streaming in HD — an easily reachable target for most homes. That said, the more devices are using your connection at once, the higher speeds you’ll need. If you’re not sure what speeds you’re currently getting, you can use our speed test below to find out.

If you are experiencing buffering issues, see if you can move your Wi-Fi router to a central and open location in your home. Radio signals move most easily through open-air, so reducing the number of walls your signal has to travel through can also boost your streaming quality.

If you’re still having Wi-Fi connection issues, a Wi-Fi extender or mesh router might also be worth the extra investment.