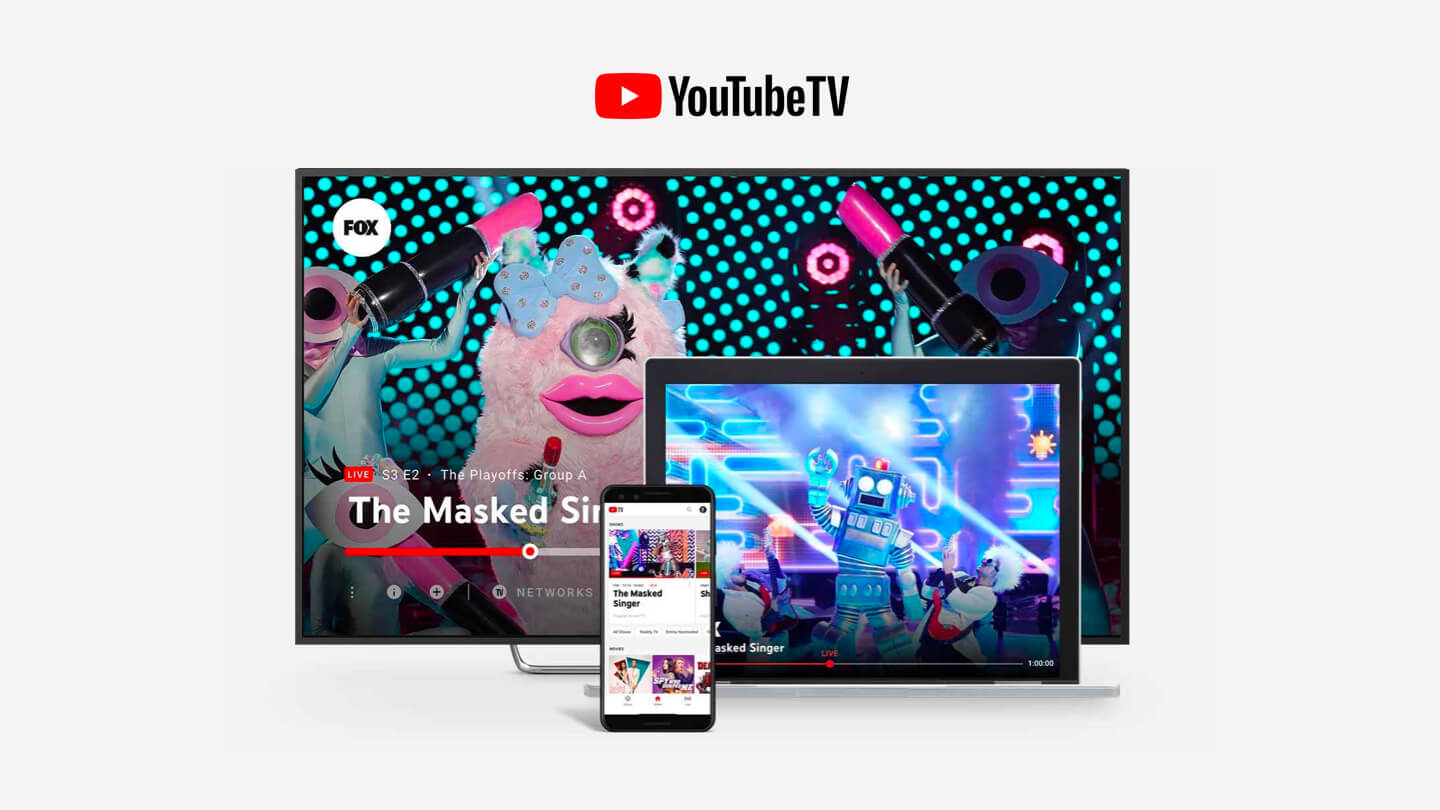 YouTube TV delivers much more than your average YouTube app. As an alternative to cable and satellite, YouTube TV works similarly to traditional television. But rather than sitting anchored to your TV, you can move freely with one of the many YouTube TV supported devices. And you’ll gain access to over 85 major network channels like ABC, CBS, Discovery, ESPN and FOX.

For a while, YouTube TV was noticeably lacking the highly coveted Viacom network. But in May of 2020, YouTube hatched a fresh deal with ViacomCBS. This means channels like BET, CMT, Comedy Central, MTV and Nickelodeon are now part of YouTube TV’s impressive list of channels. There are also YouTube exclusives to enjoy. Original movies and shows produced by YouTube Red are available on its live TV service.

Launching in 2017, YouTube TV has grown into one of the most trusted names in streaming services. YouTube’s a branch of Google and, therefore, Alphabet, Inc. One of YouTube’s standout features has always been its seemingly limitless storage capacity. With YouTube TV you’ll be able to save as many recordings as you wish — well, at least for nine months. There are also six accounts that come with YouTube TV, and three are able to stream simultaneously.

Let’s take a closer look at all of the YouTube TV compatible devices.

What sets streaming services apart from traditional cable providers is the ability to stream to your devices from anywhere with a Wi-Fi connection. YouTube TV’s no different. It’s compatible with Android and iOS smartphones and tablets, as well as game consoles and smart TVs. And if you don’t own a smart TV, choose from compatible YouTube TV Roku media players. Do you prefer Amazon YouTube devices like the Echo? Then, you may be pleased to know of the Fire TV YouTube compatibility.

How does YouTube TV streaming compatibility compare to competitors?

Along with YouTube TV, competing services like AT&T TV NOW, fuboTV, Hulu + Live TV and Sling TV have some crossover. There’s a baseline of devices that pretty much every cable alternative service supports. These include Android and iOS smartphones and tablets, Apple TV, Fire TV products, Google Chromecast and Roku media players.

Smart TVs are a fantastic way to get the most out of your streaming service. Let’s be honest, if you’re a sports fan, then you probably want to watch on a large screen with razor-sharp clarity. YouTube TV’s compatible with several brands such as Android TV, LG, Samsung and VIZIO smart TVs. By comparison, AT&T TV NOW, fuboTV, Hulu + Live TV and Sling TV also work with your Android TVs and Samsung Smart TVs. However, while Hulu + Live TV and Sling TV are also compatible with LG Smart TVs, AT&T TV NOW and fuboTV aren’t. Now, if you own a VIZIO Smart TV, your options are a little limited. The only other cable alternative that’ll work is Hulu + Live TV.

Game consoles provide a great way to stream your favorite apps, from games to music and video-on-demand (VOD) services. Although finding the right cable replacement service isn’t always so simple. That’s because very few out there are compatible with all three major consoles — PlayStation, Nintendo and Xbox. Two cable-alternatives that support all three are Hulu + Live TV and YouTube TV. By contrast, AT&T TV NOW doesn’t work with any of your consoles, and fuboTV and Sling TV only provide apps for Xbox.

Pretty much every cable-streaming service lets you stream your TV apps directly from your computer or laptop.

To get started – Open a web browser like Chrome, Microsoft Edge or Safari and navigate to your cable-alternative’s website. So, for instance, to stream YouTube TV on your computer, visit tv.youtube.com, and log in using your account credentials. And if you have Google YouTube TV Chromecast, then simply mirror your device to your TV for a bigger screen.

YouTube TV’s compatible with most of your favorite devices. Not only can you stream its app on your Android and iOS smartphones and tablets, but YouTube TV’s also available on Apple TV, Fire TV and Roku devices. And if you’re a gamer, then you’ll be pleased to know that YouTube TV supports all of the major game consoles (Nintendo, PS4 and Xbox). And if you’re still on the fence, it’s a good idea to take a closer look at YouTube TV with our complete review of its service.

Before you buy, we recommend that you first try out a cable-alternative service. That way, you’ll know if it’s right for you and your needs. Fortunately, most cable alternative services extend free trials. YouTube TV currently offers a seven day free trial period, which is a suitable amount of time to test it out.