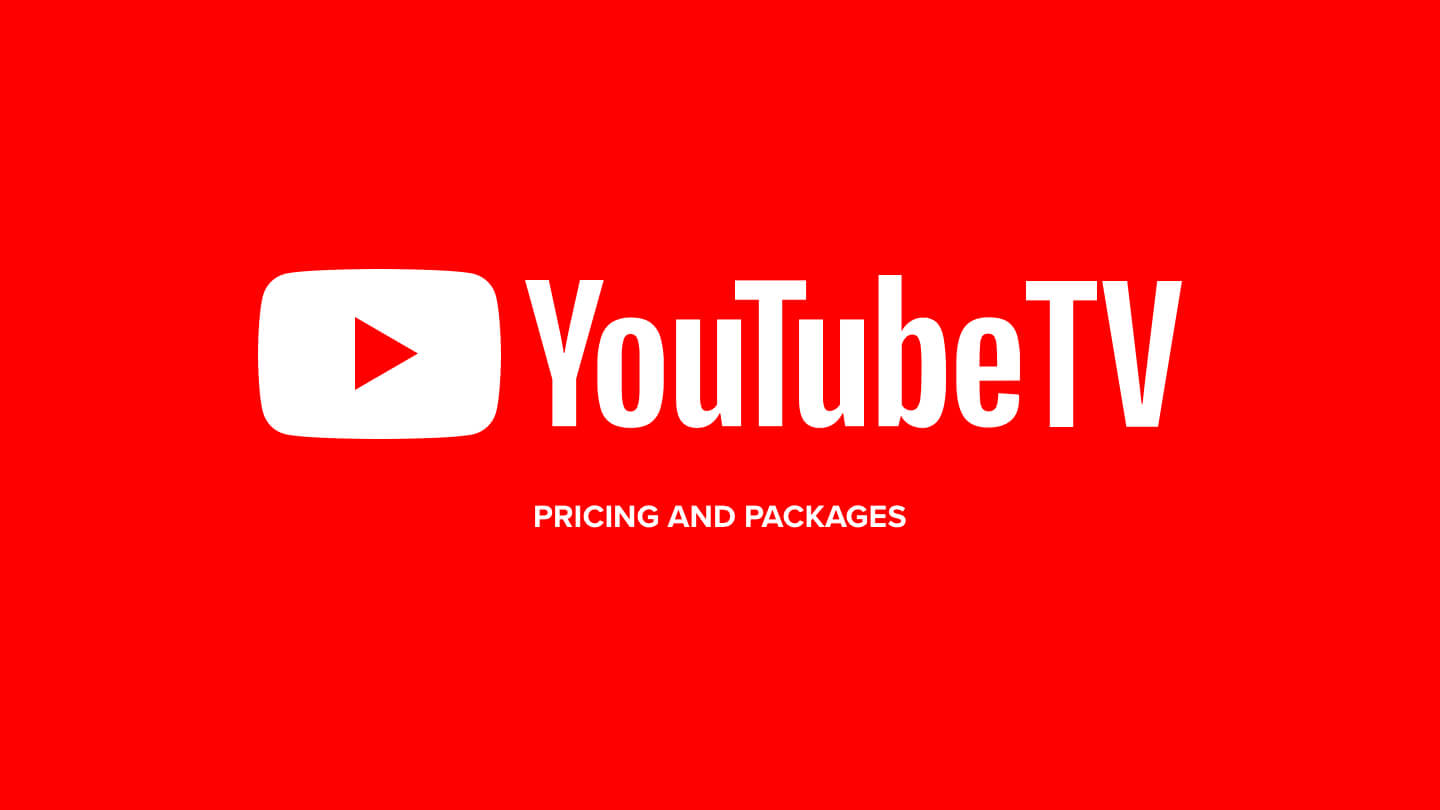 Boasting an expansive channel lineup and an impressive user experience, YouTube TV may easily be one of the best live TV streaming services out there. The only drawback is that it costs a little more than some other popular streaming options. Even in our YouTube TV review, it scored over nine points in every other area except value.

But the higher price could be well worth all the perks the service comes with. This post gives you a closer look at YouTube TV packages and pricing to help you figure out if the service is right for you. So, how much is YouTube TV?

This single YouTube TV package has an impressive offering in terms of channel lineup and premium features, so it could be worth the investment. The only problem is that some people might find the lack of options a little inconvenient and limiting.

With your YouTube TV subscription, you get access to over 85 channels. This includes some of the top cable networks such as ABC, AMC, CBS, CNN, ESPN, HGTV and more. One of the best things about this plan is that it comes with a robust selection of leading sports channels and regional networks. In fact, it offers one of the best channel lineups for sports fans compared to other live TV streaming services.

Along with this expansive channel lineup, YouTube TV also offers premium features like unlimited cloud DVR storage so you can record live TV programming to watch later. And you get to keep these recordings for up to nine months. Other leading services like Hulu + Live TV and Sling limit this storage space to just several hours, so the higher YouTube TV cost makes a lot of sense.

In addition to this, the singular YouTube TV plan lets you share your account with up to six family members. And you can stream live TV from up to three devices at the same time, so there’s no fighting over whether to watch the game or tune into the latest episode of your favorite show. All this considered, the YouTube TV package is worth the price even though it may be slightly on the expensive side.

Through its impressive channel lineup, the single YouTube TV plan gives you access to breaking news, live sports broadcasts, movies and new episodes of your favorite shows. So it has everything that cable has to offer. Besides live TV, it also lets you watch movies and shows from the rich on-demand content library of some of its channels.

With your YouTube TV subscription, you get to binge on hit shows like Better Call Saul, Killing Eve and The Walking Dead on AMC. Or you can soak up all the drama and excitement of reality TV shows like The Real Housewives of Beverly Hills and Top Chef through Bravo. The service also offers plenty more top lifestyle and entertainment channels, including Comedy Central, Discovery Channel, E!, FX, Paramount Network and SundanceTV.

The most impressive part about the YouTube TV channel offering is the abundance of quality sports programming. You get leading sports channels like CBS Sports Network, FS1, MLB Network and NBA TV. It also comes with a whole slate of ESPN channels such as ACC Network, ESPN, ESPN2, ESPNews, ESPNU and SEC Network.

Moreover, your YouTube TV subscription will let you tune in to live games of your local teams through regional sports channels like NBC Sports and FOX Sports in select markets. That means if you live in New Orleans, you get to watch Pelicans games on FOX Sports New Orleans. And someone who lives in the San Antonio region can watch the Spurs on FOX Sports Southwest.

YouTube TV also offers a decent lineup of family channels, providing access to Cartoon Network, Freeform, Nickelodeon and Universal Kids. It also has a whole slate of Disney channels including Disney Channel, Disney Junior and Disney XD. The service also carries PBS Kids, making it the only streaming option to have this channel at the time of writing this post.

Since YouTube TV only offers a single package, the real question is whether or not the service is right for you. Compared to other major live TV streaming services such as Hulu + Live TV and Sling, it costs a bit more. But it has far more channels than those two options and has a particularly impressive lineup of sports programming.

In addition, it offers unlimited cloud DVR storage for nine months and allows up to three simultaneous streams. So with all this considered, the service makes perfect sense for anyone who doesn’t mind paying a little more for premium features and comprehensive live TV experiences. In particular, the service makes the most sense for sports fans.