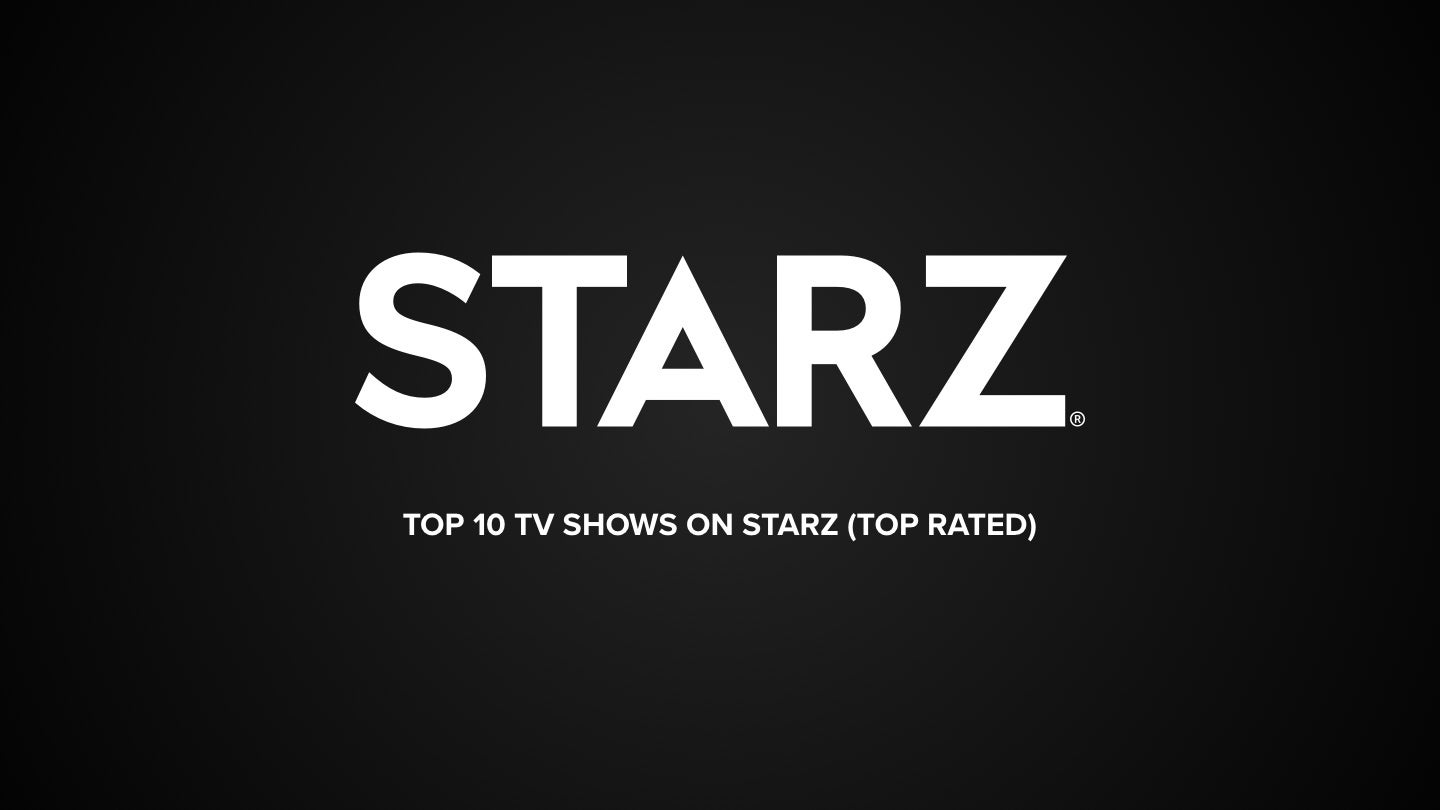 STARZ is known to premier some of the most popular movies before many competing pay channels — but also produces its own original programming. Among the most popular STARZ shows include Outlander, Black Sails and Power. If you’re considering a subscription to get access to the best shows on STARZ, you’ll want to learn more about the ones that should be at the top of your viewing list.

How we evaluated the best shows on STARZ

There is no shortage of good shows on STARZ. Some are several seasons long, with over a hundred episodes. To help you decide what shows to choose, we compiled a top-ten list. We used factors such as customer popularity and what the independent rating websites Rotten Tomatoes and IMDb have to say about STARZ shows to bring you the very best.

In the mood for a little social distancing and immersion into another world? You can tune in at any time for live TV or on-demand service on your choice of smart device or television to watch award-winning original programming. Check out our picks of the ten best shows on STARZ.

Follow Omari Hardwick, who plays James Hardwick, a New York City nightclub owner who has a double life as the boss of one of the city’s biggest drug networks. The show is loosely based on rapper 50 Cent’s life, who co-created the series.

Outlander is a cinematic adventure into the Scottish Highlands. The series starts with a married nurse, straight out of the WWII battlefield, who is mysteriously transported back in time to 1740s Scotland. Aware of her post-WWII life, she tries to piece together what happened and how to get back home when she meets a Highland warrior who takes her on a different journey away from the life she was familiar with.

Ash vs Evil Dead is a combination of horror and comedy. Thirty years after the three Evil Dead movies, Ash Williams has to leave his ordinary under-the-radar life to save the world again. Fortunately, sidekicks Pablo and Kelly join him on his mission, which involves plenty of gore and humor.

A fascinating account of what Leonardo Da Vinci’s early life would look like during the time of the powerful Medici and Pazzi families. Besides maneuvering the political intrigue, Da Vinci gets involved with a mysterious cult known as the Sons of Mithras, who help him develop his powers to see the future — and influence it.

Originally airing on BBC, The White Queen is a series about the battle by three women for power in 15th-Century England. Elizabeth Woodville, Anne Neville and Margaret Beaufort play a game of proverbial chess to manipulate men and events from behind the scenes to gain power in the late 1400s. The White Queen was nominated for three Golden Globes and four Emmys for Outstanding Miniseries, Best Costumes and Best Hairstyling.

Kelsey Grammar plays Tom Kane, the mayor of Chicago, who has recently learned he’s suffering from degenerative dementia. He has to hide his condition from everyone, including his most trusted advisors who suspect something is going on while working behind the scenes to groom State Treasurer Zajac to win the Illinois gubernatorial race.

The eight-part miniseries is based on the book by Ken Follett. The story is based on the construction of a cathedral during The Anarchy, an unstable period of 12th century English history. The characters and love stories that revolve around the cathedral’s construction are rich and engaging. The miniseries won an Emmy in 2011 for Outstanding Sound Editing.

You’ll get a good laugh following the lives of aspiring actors and writers working on catering gigs through the Party Down company until they make it big in Hollywood. The irony is present in every episode as the characters work, cooking for and serving affluent individuals they often despise — while aspiring to become like them.

The Missing is an international production of eight-part seasons following the lives of parents in search of their missing child. The first season of the drama starred James Nesbitt as Tony Hughes, the father of a missing French boy. The second season featured the search for a missing girl in Germany.

How to watch good shows on STARZ

You can watch plenty of good shows on STARZ on a variety of devices. Even if you’re on a train or in the car and away from a television, tune in using the following devices:

STARZ shows are among the best of all pay channels. You’ll have access to internationally-acclaimed series and movies on demand whenever you’d like. Besides the 10 best shows on STARZ in this roundup, you’ll find new additions every month.