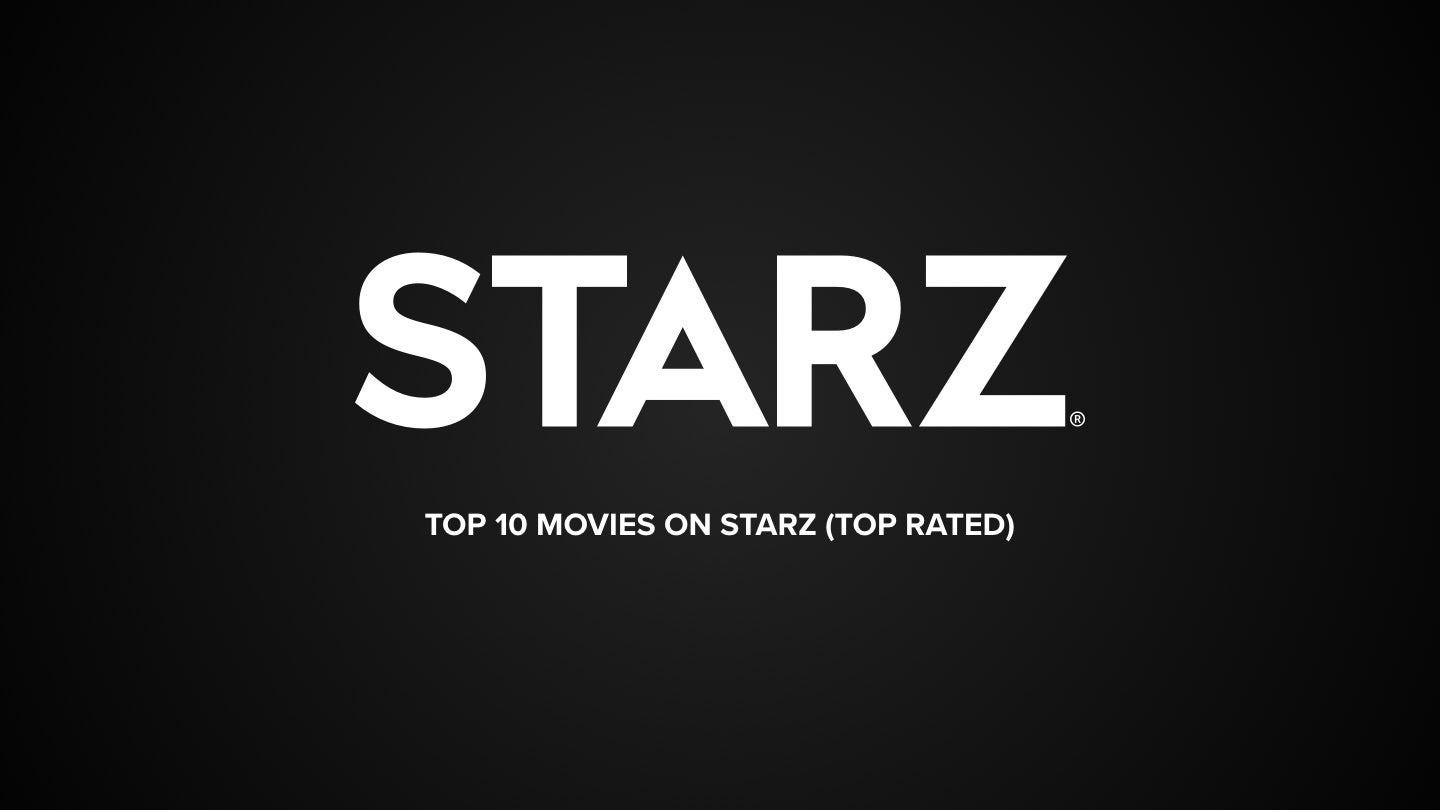 STARZ is a premium cable channel and streaming platform that has dominated the television industry for years. Typically an add-on to a TV package, STARZ has been the host of many hit movies, TV shows and STARZ Originals. This is one of the most appealing streaming services and channel upgrades because of the affordable monthly price at $8.99/mo. We highly recommend this streaming service because it offers some of the best movies to stream, old and new. If you aren’t sure if it’s worth it for you, we are here to help you find good movies on STARZ.

How we evaluated popular STARZ movies

When it comes to our rating system for the best movies on STARZ, we go beyond the usual specs. We make sure that our rating system is compared to reviews from critics and consumers so that you know you’re getting the best content. We look at the movies that are available to stream for free with the STARZ subscription and evaluate the satisfaction of current subscribers to make sure you get everything they promise. Our trusted reviews are straight from verified watchers on IMDb and Tomatometer.

This film follows a has-been actor and his stunt double as they strive to achieve fame and success in Hollywood’s Golden Age in 1969 Los Angeles. The movie explores their journey while working in a time when Charles Manson and his cult were terrorizing the streets of Hollywood.

Forrest Gump tells his life story to any stranger sitting next to him at the bus stop. Reminding them life is like a box of chocolates and shares his perspective on some of the significant events that took place during the latter half of the 20th century.

Breakfast at Tiffany’s is an American classic that centers around eccentric Holly Golightly, a New Yorker who enjoys having her breakfast outside the jewelry store, Tiffany’s. After sparking a romance with her new neighbor, Paul, she must face some choices she made in her past before they get in the way of her happiness.

A group of teenagers from various cliques find themselves connecting in Saturday detention. The teens who otherwise would have never met, ban together to mess with the villainous principal who is supervising them. As they come together, they realize they all have more in common than they think and bond over their mistrust and distaste for adults.

After the events of Avengers: Endgame, Peter Parker just wants to go on vacation with his classmates and impress his high school crush, MJ. Although the universe has different plans for Peter as things begin to go awry when he makes it to Europe with his friends. Thankfully, he meets a new hero on the rise, Mysterio, who seems like he could be the answer to all of Peter’s problems..or is he?

This cult classic tells the story of how two mob hitmen, a gangster and his wife, a boxer and a duo of thieves come together to express tales of violence and redemption. This film is claimed to be one of the most influential American movies of the 1990s. Tarantino outdoes himself in this wildly epic tale.

The romantic comedy that made us all excited for our thirties so we too could be, thirty, flirty and thriving. 13-year-old, Jenna is over her teenage drama and wishes she could just skip ahead to her thirties! As fate would have it, her wish is granted, and she wakes up one day just shy of her 30th birthday. However, her adult life is not all she had imagined.

Ryan Gosling portrays a motorcyclist who ends up committing a crime in order to provide for his girlfriend and their newborn child. Soon after this fateful choice, he must face the consequences of his actions as he attracts the attention of a rookie cop on the hunt for justice.

Schindler’s List is Steven Spielberg’s adaptation of a true story that took place in Germany as the Nazis began to rise in power. Liam Neeson plays a German businessman seeking financial gain from the Nazi’s success of casting out the Jews from society. He seeks a deal to receive free labor from the Jewish prisoners instead of placing them in camps across the country. Over time, Schindler becomes increasingly empathetic to his persecuted workforce.

Dazed and Confused is a classic coming-of-age story that shows the adventures and tomfoolery of a group of teenagers on their last day of high school. The graduating seniors celebrate together and find themselves at a keg party while attempting to haze incoming freshmen as they initiate them into their high school years.

How to watch STARZ movies

STARZ is available as an add-on channel for other services like Hulu, many TV providers and their own streaming platform through their website and app. It’s crucial to ensure that you have all the access you require when investing in a streaming channel. STARZ is available on the following devices:

STARZ is one of the best platforms out there. The content is high quality, and they offer some of the best movies for streaming compared to other platforms. Viewers can’t go wrong with their wide selection of movies. Families will also find the content to be varied enough for everyone in the family to find something to watch, no matter the age group! We highly recommend STARZ movies and its premier services.