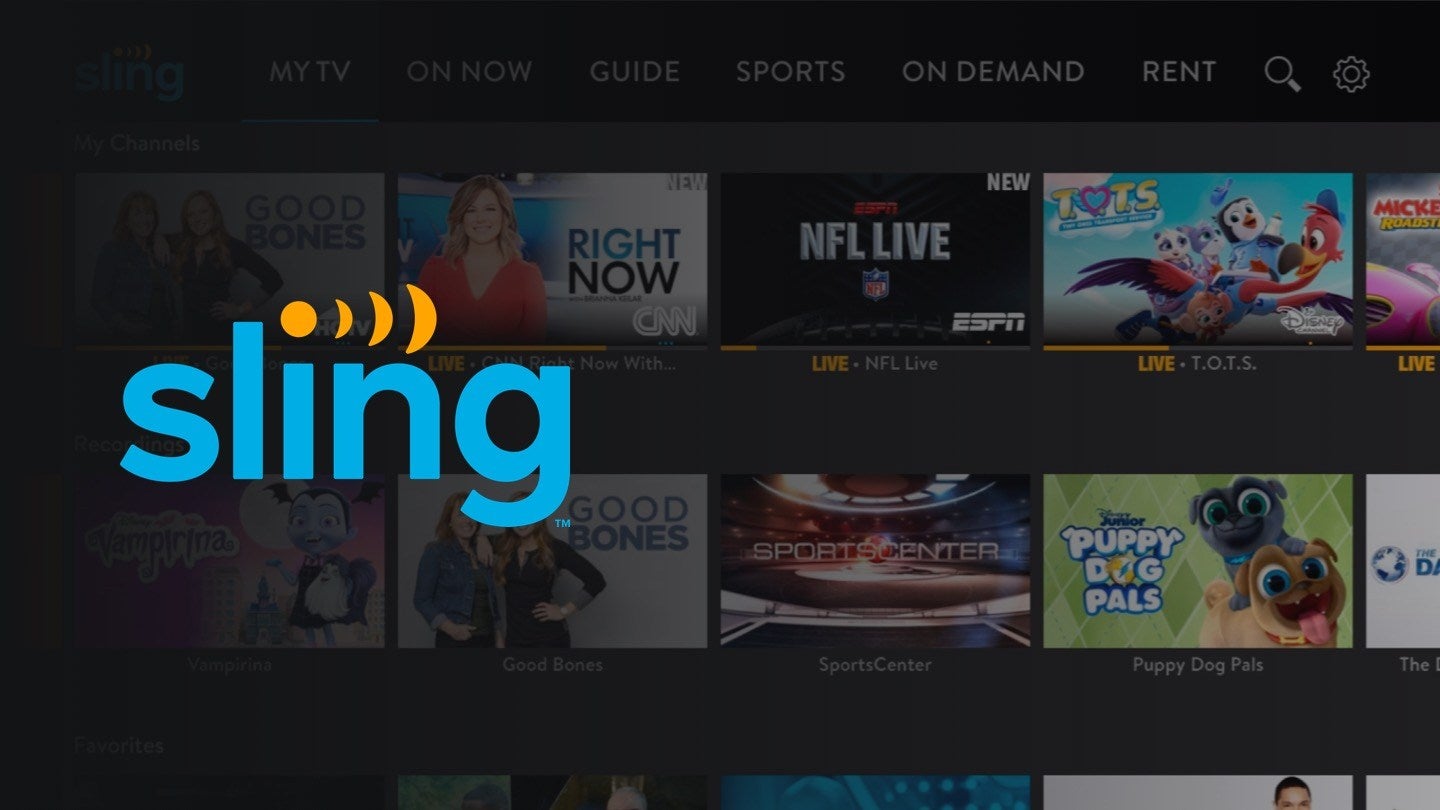 With affordability and customizability on its side, Sling TV is one of the best cable alternatives for cord-cutters. It gives you access to a wide range of live TV channels so you can watch news, sports and TV shows at a much more affordable rate than cable. With plans starting at $30/mo., Sling TV is also one of the most affordable live TV streaming services.

The best part is that you get to choose a plan that fits your unique needs as well as customize it according to your preferences. While its default plans come with pre-set channel lists, Sling TV also offers add-on packages and features that you can add to your subscription. In other words, it allows you to build a personalized streaming plan based on your streaming habits and simplifies the process of cutting the cable TV cord.

But before you subscribe to the service, you’ll want a closer look at its channel and add-on package offerings to see if it’s the right fit for you. This review gives you a complete breakdown of Sling TV channels and add-ons to help you figure out exactly what you can get.

Sling TV is an over-the-top (OTT) streaming service that gives you access to live TV channels through an internet connection. Unlike video-on-demand services, it streams programs as they broadcast. But it also gives you the option to watch some older programming on-demand as well as record live broadcasts to watch later.

To access live TV through Sling, you only need to sign up for the service and download the app on any of the compatible devices. You can then use the app to start watching live TV programming on any of the channels in your Sling TV package. Keep in mind that you’ll need an internet connection to stream both live TV and on-demand programming on Sling.

You get to choose from two main Sling TV packages – Sling Blue and Sling Orange. While both packages cost $30/mo, each, Sling Blue offers 50+ channels while Sling Orange offers just 30+ channels. But you also have the option to combine the two packages for $45/mo. and get access to all the channels they offer.

The channel offerings for these two packages overlap in many ways, but you can find a few key differences that might make one a better fit than the other.

Sling Blue, for instance, gives you access to FOX-owned channels, such as Bravo, FOX News, FX and National Geographic. It also offers NBC, NBC Regional Sports and NBC Sports in select markets. On the other hand, Sling Orange doesn’t have any of these channels but offers Disney and ESPN instead. And it doesn’t provide access to any local or regional networks either, so don’t forget to take that into consideration if this type of programming is important to you.

The two packages, however, offer the same news and lifestyle channels, such as AMC, Cheddar, CNN, HGTV, TNT and Travel Channel. So if you mostly tune into ESPN programming, you might want to go for Sling Orange. But if you can’t miss shows airing on FX or live sports programming on NBC Regional, you’ll want a Sling Blue package. If you can’t live without both, you could go for the Sling Blue + Sling Orange combination. Below you’ll find a list of available Sling channels.

Sling TV comes with a robust collection of add-ons, so you have the option to customize your plan exactly as you need. These add-ons give you access to mini channel collections, but you can also get premium a-la-carte channels starting at $3/mo. In addition, the Sling TV add-on options include enhanced features and extra package bundle offers, giving you plenty of ways to build and personalize your plan.

Keep in mind that the mini channel add-ons will have a different lineup based on which Sling TV package you have.

However, if you combine an add-on package with your Sling Blue + Sling Orange plan, you’ll get all the extra channels available under each plan.

Sports fans have the option to customize their package with the Sports Extra add-on for $10/mo.

You can also get the Comedy Extra add-on for $5/mo. if you love this type of programming.

Sling Blue subscribers can get all of this except for HLN. But they also have CNBC, FOX Business, France 24 and NDTV 24×7. This makes Blue a great option if news programming is important to you.

While Sling Blue subscribers get most of the same channels with this add-on, that doesn’t include BET. And instead, they’ll get access to Oxygen.

Cinephiles will love the Hollywood Extra add-on, which gives you a robust collection of award-winning indie movies, classics and popular titles. For an extra $5/mo., Sling Orange subscribers will get access to Cinémoi, HDNet Movies, REELZ, Sundance TV and Turner Classic Movies. Sling Blue subscribers will get all of these plus FX Movies and FXX.

For those who want more access to American lifestyle and outdoor sporting programs, Sling TV offers the Heartland Extra for $5/mo.

Besides these mini channel packages, Sling TV also offers a bunch of premium channels as a-la-carte add-ons. This allows you to customize your plan using only the channels that you specifically want to watch. Prices start at $3/mo. Some of the a-la-carte channel add-ons include:

By default, you get 10 hours of cloud DVR storage with your Sling TV subscription. If you need more, you can always upgrade to Cloud DVR Plus for $5/mo. This gives you 50 hours of storage so you can record more of your favorite live TV programming.

Instead of having to pay for multiple add-ons, Sling TV allows you to save money with the 4 Extras Deal for $12/mo. This deal comes with the add-on packages for comedy, kids, lifestyle and news so you don’t have to pay for all of them separately.

If you plan on getting all the seven add-on packages, Sling TV gives you the option to save some money with the Total TV Deal for $20/mo. This also comes with Cloud DVR Plus, so you don’t have to pay for all of these extras separately, which would end up costing you around $45/mo.