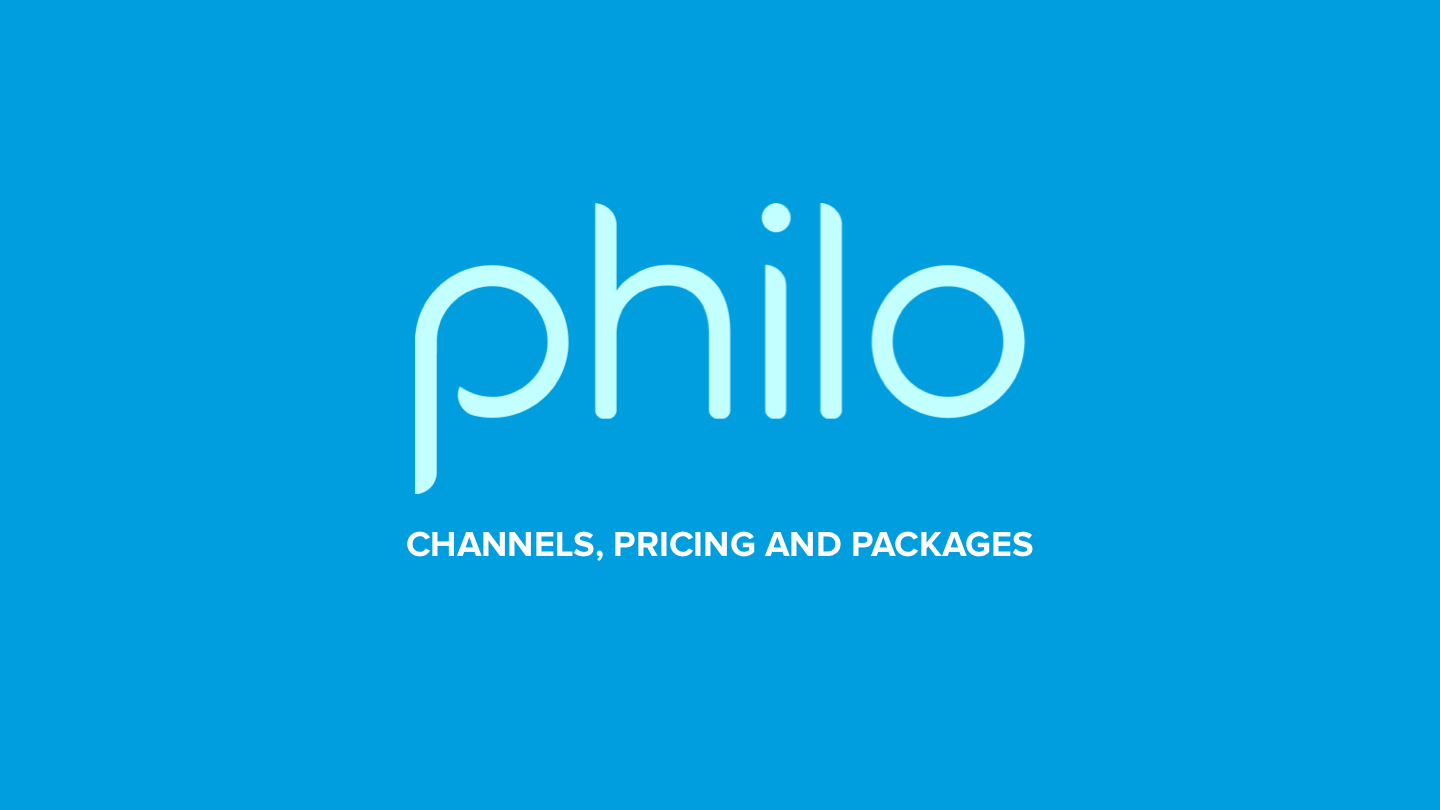 With cost-cutting being its top-selling point, Philo is a popular streaming service mainly because of its affordable price tag. But as we established in our Philo vs. Sling TV review, the service doesn’t fall too far behind even when it comes to other factors like channel lineup, extra perks and user experience. The biggest sacrifice you’ll have to make is in terms of sports and local programming.

As highlighted in our Philo TV review, the service is also the only skinny bundle that comes with cloud DVR storage. But to get an even more comprehensive view of the service’s value, you should also take a closer look at the packages and pricing. More importantly, you’ll want to compare the cost against the channel lineup so you can decide if it’s a good streaming option for you.

Philo offers a single package that gives you access to 60 live channels for $20/mo. By default, this package comes with unlimited cloud DVR storage – a feature that puts it ahead of competitors like Sling TV and Hulu + Live TV since they have a limit on the number of hours you can record. The only catch is that you can keep these recordings for up to 30 days.

The singular Philo package also offers good value in terms of simultaneous streaming and user profiles. With one account, you get to create up to 10 user profiles. Plus, you can use the same plan to freely stream live TV from up to three devices at a time.

So although you only have one Philo plan to choose from, it offers good value overall. And you get to try it out for seven days so you can decide if it’s really worth the money.

In spite of the low cost, Philo still offers an extensive channel lineup that doesn’t fall too far behind leading competitors. The only difference is that it doesn’t carry some of the most expensive channels, such as ESPN and other sports networks. And it doesn’t have highly popular news channels like CNN either, although you can get BBC World News. That’s also the main reason why you get such good value with Philo.

While the service had 58 channels at the time of writing our initial Philo review, it now has 60 in total. This includes a wide range of comedy, entertainment, family, lifestyle and news programming. Some of the most popular Philo channels include:

In general, the Philo TV channels list gives you a robust selection of lifestyle and entertainment programming. So you can use it to watch documentaries, kids programming, game shows, movies, reality TV and TV series. But you also get a decent selection of news programming through BBC World News and Cheddar News.

The Philo package lets you tune in to AMC for binge-worthy shows like Killing Eve and The Walking Dead or watch the most iconic Paramount Network movies through the network’s dedicated channel. And if you’re in the mood for something educational, tune in to Animal Planet or Discovery Channel for informative documentaries.

For cooking and travel shows, the package offers engaging programming through Cooking Channel, Destination America, Food Network, HGTV, Travel Channel and more. Philo may be a bit limited in terms of kid-friendly programming, but you still get Nickelodeon, Nick Jr. and TeenNick.

What are the add-on packages with Philo?

Being a skinny bundle, Philo doesn’t offer too much, even in terms of add-ons. So you won’t get add-ons for channel packages or premium features. But you can now get two a-la-carte channel add-ons for premium programming.

Add EPIX to your Philo channels list for an extra $6/mo. While this costs the same as subscribing directly to the service, getting it as an add-on allows you to manage all your subscriptions in one place.

This add-on gives you access to hit movies and original series through EPIX, EPIX 2 and EPIX Hits. Some of the trending movies on EPIX include Creed II, Judy, Rocketman, Terminator: Dark Fate, Thelma & Louise and Trial by Fire. And you get to watch critically-acclaimed original shows like Belgravia, Godfather of Harlem and War of the Worlds.

Like EPIX, the STARZ add-on also costs the same as a direct subscription to the service at $9/mo. But adding it to your Philo TV channels list lets you manage all the streaming services more seamlessly.

With this add-on, you get exclusive originals and hit movies from the network through STARZ, STARZ Encore and STARZ Kids & Family. The content lineup includes a healthy mix of popular movies throughout the years and recently-released originals.

The movie lineup includes titles like Spider-Man: Far from Home, That’s My Boy, The Grudge, Venom and Zombieland: Double Tap. And you get to watch hit original series like American Gods, Boss, Hightown, Magic City, Outlander, Spartacus: War of the Damned and more.

Which Philo package is right for me?

Since Philo only offers one package, the question is more about whether or not the service is right for you. Compared to the other popular live TV streaming services, Philo offers the best value at just $20/mo. So it could be the perfect option for anyone who needs a cheap alternative to cable. But with the limitations in news and local programming, it can’t completely replace cable either.

You could consider getting a supplementary sports package to make up for what the service lacks and get a TV antenna to access local programming. At the same time, Philo still makes sense even without these fixes if you don’t watch sports or local programming all that much. But if you mainly watch TV for sports, you might want to look for another streaming option instead.

Before you commit, make sure you sign up for the Philo TV free trial and see if it lives up to your expectations. Don’t forget to try out the two premium add-ons — EPIX and STARZ — to get an even more accurate feel of what the service offers.