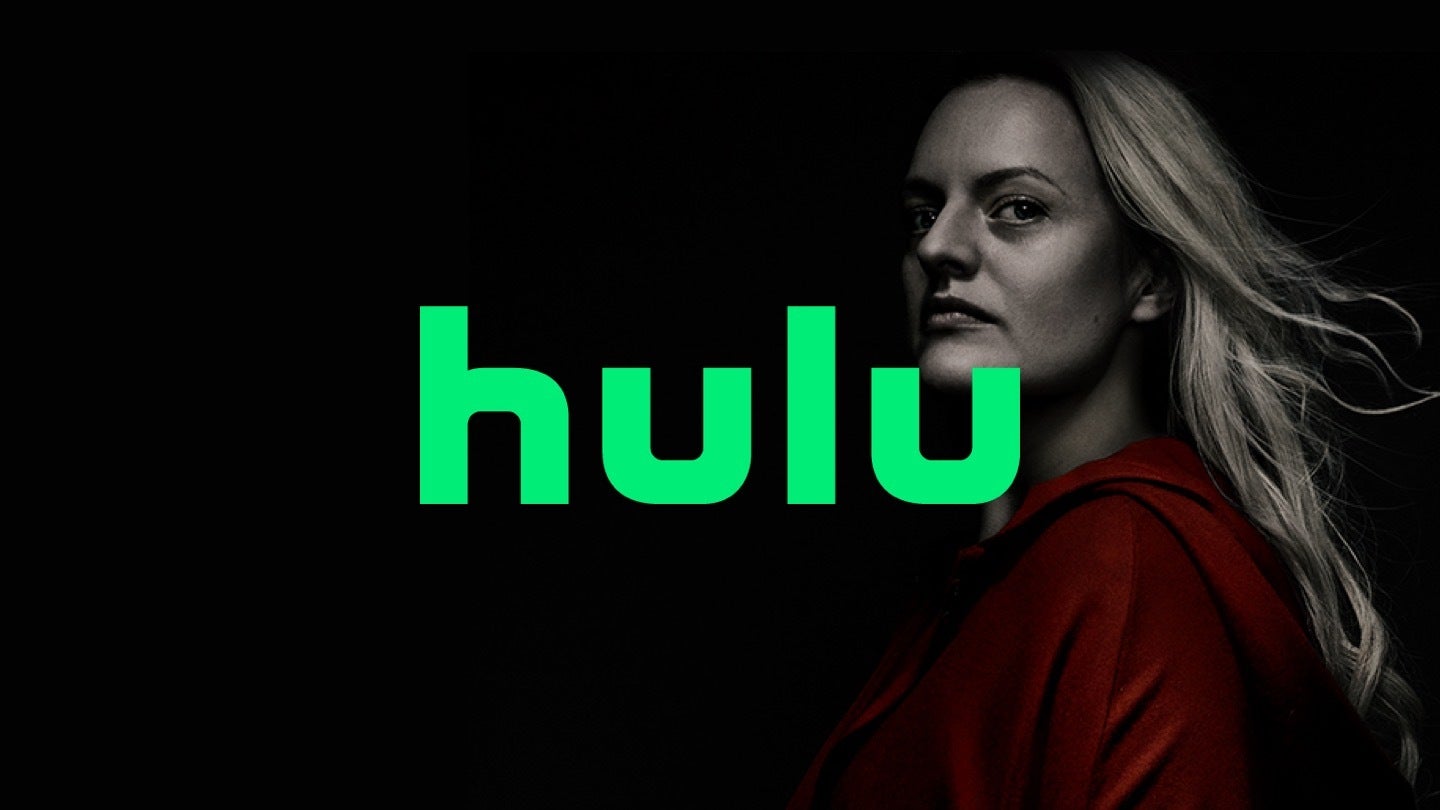 With over a thousand shows to choose from, Hulu is one streaming service viewers have been able to count on to provide both bingeable comfort content and shows that keep them current with water cooler chit-chat. What started as a free platform with just a few dozen shows in 2008 has morphed into the third-largest streaming service in the world, with a whopping 82.2 million subscribers.

With an Allconnect® rating of 8.6 out of 10 for its selection of TV shows, Hulu’s strong suit has always been its TV library. While Hulu’s original content is hit-and-miss, with an Allconnect score of 6.2 out of 10, the streaming service offers a competitive catalog of shows and movies, with the option to upgrade to a plan with live TV service. Additionally, Hulu has over 1,200 movies to stream, although their quality is more hit-or-miss than Netflix and Prime Video.

One of the nice aspects of Hulu is that it allows users to play with different plans and add-ons. Both of Hulu’s on-demand packages include a free one-month trial. Its live TV options feature a free seven-day trial. Plus, users have a full selection of premium channel add-ons to choose from, including Cinemax, HBO, SHOWTIME and STARZ — all of which they can try free for one week.

Additionally, one big advantage Hulu has over its competitors is that users have the ability to watch shows from ABC, FOX and NBC the day after they air on live TV — subscribers don’t have to wait several weeks for the season to be posted.

Pricing per month plus taxes for length of contract. Additional fees and terms may apply. Pricing varies by location and availability. All prices subject to change at any time. May or may not be available based on service address. As of 04/27/20.

Hulu is a great option for viewers in search for tons of content at a reasonable price. The service has one of the lowest entry-level package prices in the industry. Just $5.99/mo. gets users access to thousands of shows and movies with limited commercial interruptions.

If you’d rather forego commercials, Hulu also offers an ad-free package for $11.99/mo. that lets viewers enjoy all of the service’s on-demand movies and TV shows without the disruption of advertisements. Users can also bundle Hulu with Disney+ and ESPN+ for just $12.99/mo.

What’s more, Hulu also offers two live TV plans, starting at $54.99/mo. with ads and $60.99/mo. without. Keep in mind, though, that “no ads” only applies to Hulu’s on-demand library — you’ll still have to sit through commercials when watching live TV.

To see just how Hulu’s content library stacked up against its top competitors, we crunched the numbers for two specific categories: licensed and original content. We compared Hulu’s original content with competitors like Amazon Prime Video, HBO NOW, Disney+, Apple TV+ and Netflix.

These scores take into account every original title created by these services, factoring in critics’ reviews on Rotten Tomatoes, as well as audience reviews from IMDb and Rotten Tomatoes to get a true feeling for how viewers felt about Hulu’s original content when measured against other leading competitors.

Finally, we took a look at how many Emmy and Academy nominations and awards each service’s original programs have won over the past few years to get a sense of each service’s overall quality when it comes to original content.

To evaluate Hulu’s catalog of shows and movies licensed through third parties, we looked at the total number of titles available as well as the number that appeared in IMDb’s lists of the top 250 TV shows and movies. These lists combine user ratings and popularity to determine their rankings.

For a more in-depth explanation of how we evaluated streaming services, you can find our full methodology here.

As part of what has become the trifecta of streaming services people tend to rattle off when listing the biggest names in the business (Netflix and Amazon Prime being the other two major players), Hulu has done an impressive job of creating a well-curated on-demand library.

Hulu’s ever-growing library of on-demand content features 1,071 movies and 1,236 TV shows at the time of this writing.

There’s a clear divide between its selection of TV shows and movies. While Hulu has 64 shows in IMDb’s top 250 list — behind only Netflix’s 69 — it only had seven titles in the movie list. That’s fewer than free streaming services like Hoopla, Kanopy and the Roku Channel.

With an average spend that has historically been a fraction of Netflix and Amazon Prime’s, Hulu’s original content library is smaller than every competitor — except for newcomers Disney+ and Apple TV+.

Hulu was a favorite among Rotten Tomatoes Critics for its original comedies, outscoring Amazon Prime, HBO NOW and Netflix, and coming in second only to Apple TV+.

However, Hulu’s merger with Disney (and the exponentially larger budget that comes with it), presents a huge opportunity to make major investments in high-quality original content.

Hulu’s user interface looks different from the typical Netflix layout — it features a large masthead with two highlighted programs. Like Netflix, users can horizontally scroll through content broken down by genre.

Clicking on the icon in the top right corner of the screen takes users to a menu that allows them to add or manage profiles, subscription add-ons and billing details.

Like most other streaming services, browsing content on Hulu is straightforward. Hovering over the “Browse” option on the menu at the top of the page reveals a large drop-down menu with umbrella categories that include networks, TV shows, movies, Hulu originals and kids’ content. Or, users can explore more specific genres like action, cooking and food, late night, reality, sketch comedy, romance, drama, thrillers and more.

The details pages for different shows include a good amount of information, like the program’s rating, genre, featured actors, number of episodes, extras and similar titles. The “My Stuff” feature allows users to add content they want to keep track of or store to watch later.

Additionally, Hulu recently added a feature allowing users to download content to watch offline on supported mobile devices. The feature is only available to users with an ad-free subscription.

What devices is Hulu compatible with?

Hulu is compatible with most streaming devices, smart TVs and gaming consoles, including:

It’s important to note that while PlayStation 3 and 4 provide access to certain add-ons, they don’t currently support live programming.

How many simultaneous streams does Hulu allow?

Users can enjoy two simultaneous streams with any of the service’s plans. Viewers who upgrade to either of the Hulu + Live TV plans can add this feature to their account for an extra $9.99/mo.

How do I download movies and shows from Hulu?

What internet speed do I need for Hulu?

For users who are unsure of what their internet connection speed is, we’ve provided a quick and easy way to find out — simply take the speed test below. Remember, the more devices on a single network, the more stress on the connection. In these situations, a higher speed can help minimize buffering issues.

Does Hulu stream in 4K?

Yes. But while Hulu does support 4K streaming, the service simply does not have much 4K available. Right now, users can stream most of the service’s original content in 4K, but that’s about it.

For users who want to cut the cord once and for all, Hulu provides the most comprehensive bundle of choices. With two on-demand plans, two live TV plans and the newly-minted Hulu, Disney+, ESPN+ bundle, viewers who want to cover all their bases — and get the biggest bang for their buck — stand to gain the most satisfaction from Hulu.

While Netflix and HBO NOW offer higher-quality content and Amazon Prime Video has a bigger library, Hulu is the best service for cord cutters who still want to watch their favorite network TV shows.