As the video streaming space becomes increasingly saturated, newcomers often strive to identify a niche and own it. DAZN (sounds like “dah zone”) has done exactly that by focusing its efforts on boxing and mixed martial arts (MMA) programming. Still, it competes with major players in the sports streaming market, such as ESPN+.

DAZN is noteworthy for offering a niche service that concentrates on boxing and MMA, with minimal coverage of other sports. We evaluated the video streaming service based on features, price, usability, user experience, free trial, number of subscribers and number of streams.

DAZN’s big draw is its live and on-demand boxing and MMA coverage. Subscribers get access to many big boxing matches, as the service carries rights to Golden Boy Promotions, GGG Promotions, Matchroom Boxing and World Boxing Super Series events. Its MMA coverage is equally strong, with rights to events from promoters like Bellator, Combate Americas and KSW. However, this boxing and MMA lineup is missing fights from the UFC and premiere promoter Top Rank Boxing, as well as Premier Boxing Champions and WP Boxing.

DAZN’s $19.99/mo. price is on the more expensive side, especially compared to a streaming service like ESPN+ that offers a variety of sports coverage for less than half the price. The steep monthly cost — and no available free trial — is likely to discourage people from signing up just before a big fight and then immediately canceling their membership. The annual $99.99 membership, which works out to just over $8/mo., is much more reasonable for users interested in DAZN. Also, taking into account that subscribers don’t have to pay extra for pay-per-view fights, which can cost up to $59.99 on ESPN, the service is somewhat reasonably priced, depending on the content you’re interested in.

DAZN is available via a web player, apps for Android and iOS, as well as across gaming consoles, smart TVs and streaming devices.

Upon opening the homepage, the DAZN player shows the viewer the content they last watched above a horizontal list of available content. This includes options like Featured, Don’t Miss, DAZN Presents and Classic Fights, alongside tabs for individual sports and a schedule tab that displays up to one month in the past and two weeks into the future.

DAZN’s settings section is fairly simple, with the choice to toggle recommendations and adjust closed captioning. The My Account menu provides a little more detail, such as payment options, device preferences, email opt-out choices and the option to switch between English and Spanish.

The service doesn’t have a recording feature, but all events are available for replay and rewind. That allows viewers to watch any fight or match from the beginning, no matter when they start watching.

What are the DAZN drawbacks?

The secondary sports offered on the platform are unlikely to keep viewers hooked to DAZN outside of the big fights. The likes of darts, fishing, gymnastics and Japanese soccer are a far cry from the NBA, NFL and MLB options provided by the likes of ESPN. Fight fans may also be frustrated by the lack of UFC content and no access to Top Rank Boxing.

DAZN also leaves a bit to be desired when it comes to video quality, at least when compared to some of its competitors. Streaming is limited to 720p and around 60 FPS, compared to YouTube TV, which streams in 1080p, and fuboTV, which offers some 4K broadcasts.

DAZN is an appealing streaming option for big fans of boxing or MMA. It has a strong range of fights without the frustration of having to fork over big bucks for pay-per-view bouts — a big plus for pugilism and prize-fighting buffs. However, the lack of UFC fights and Top Rank Boxing matches may disappoint.

It’s not quite such a knockout for fans of other sports, who may be better off looking elsewhere to stream their favorite matchups.

DAZN’s relatively high monthly fee may put some potential subscribers off, but its annual subscription price may provide an interesting option for people that are solely after a combat sports streaming service without bundling in news, entertainment or movies. 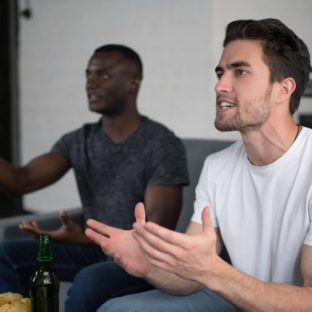