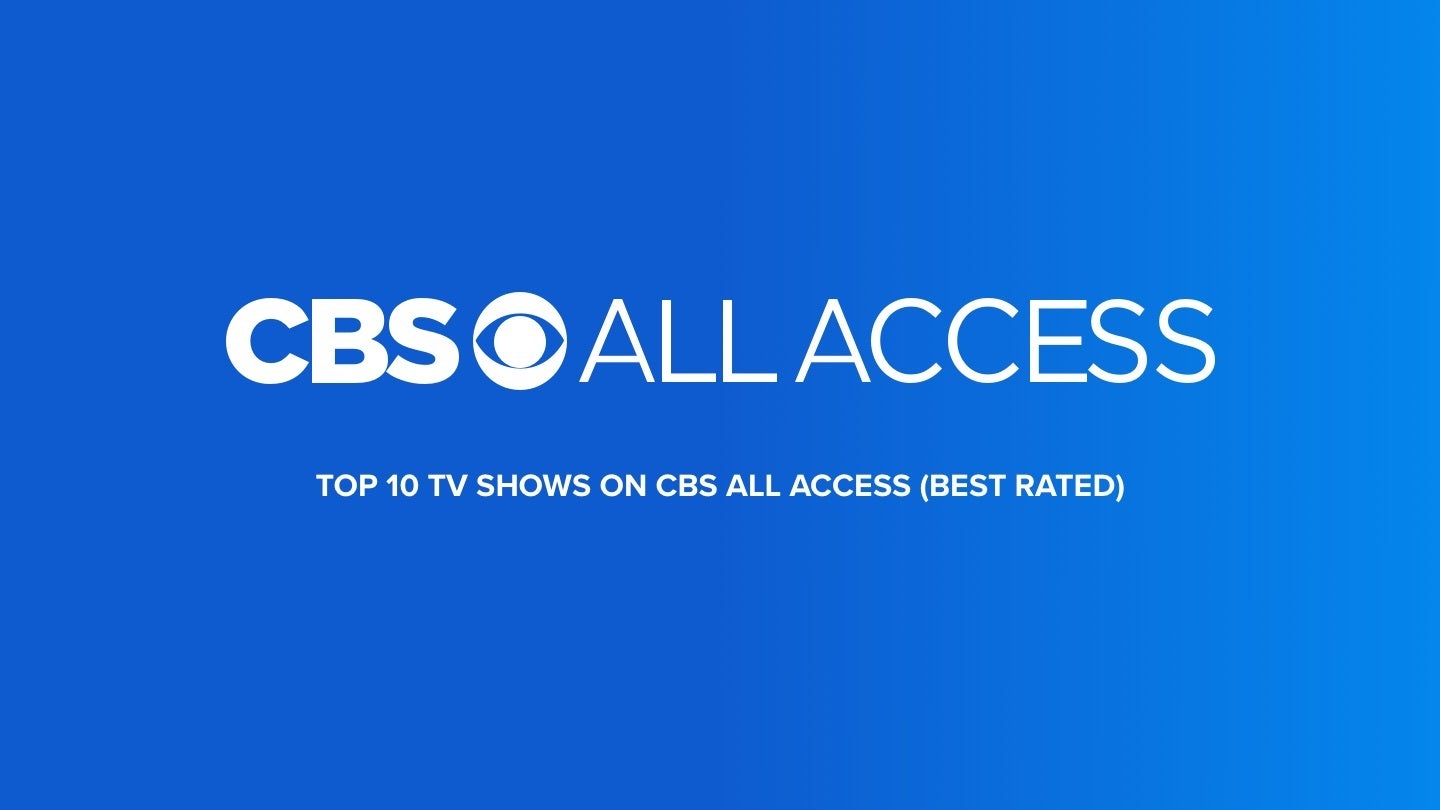 How we evaluated the best shows on CBS All Access

CBS All Access has a vast library of CBS and Viacom titles. You’ll find TV shows from both CBS and Viacom’s lineup including, MTV, Nickelodeon, Comedy Central, Smithsonian Channel and BET. We reviewed hundreds of series and narrowed them down to CBS All Access shows that are free and have high viewer ratings.

We still had a sizable list of must-watch series. To whittle the finalists down to the 10 best shows on CBS All Access, we turned to Rotten Tomatoes and IMDb for critic and viewer reviews.

Have a rainy day weekend coming up? Check out the free best shows on CBS All Access, according to a combination of customer reviews.

Criminal Minds goes behind the scenes of the FBI’s Behavioral Analysis Unit. The investigators are responsible for digging deeper into a criminal’s psyche to profile their behavior and stop them in their tracks. Criminal Minds won the People’s Choice Award in 2017 for Favorite TV Crime Drama.

The original Hawaii Five-0 was a big hit when it was released in 1968. The modern reboot brings you back to the beautiful beaches of Hawaii as a federal task force sets out to stop island crime. Scott Caan, Alex O’Loughlin, Grace Park and Daniel Dae Kim play agents in the task force. The partnership between Caan’s and O’Loughlin’s characters is a fan favorite — the pair won the TV Guide’s Favorite Bromance Award in 2013.

Another crime-solving series tops the list of best shows on CBS All Access. CSI: Crime Scene Investigation is the original series based in Las Vegas, later followed by CSI: New York and CSI: Miami. Investigators use scientific methods to solve some of the most difficult and unusual crimes in Las Vegas while viewers enjoy the camaraderie between the investigators and get a look at their personal backstories. The show has 126 nominations and 67 awards.

Frasier is a light and witty sitcom that grew Kelsey Grammar’s popularity. He played Frasier Crane, a psychiatrist who returns to his hometown of Seattle to care for his ailing dad, a retired police officer. Humor ensues as Frasier deals with daily life with his polar-opposite father, the dad’s physical therapist, his quirky brother and Eddie, his father’s mischievous Jack Russell Terrier. Frasier won 131 awards, including several consecutive Emmys for Outstanding Comedy Series.

The Legend of Korra is an animated series that takes you through several seasons of adventure. The female lead takes viewers 70 years into the future after Avatar: The Last Airbender. Korra is the next Avatar after Aang. Viewers young and older can follow her journey as she masters the art of air bending.

Téa Leoni plays Elizabeth McCord, a CIA analyst and college professor who returns to Washington, D.C., as a favor to her friend, the current president, to serve as the Secretary of State. Follow the ins and outs of political maneuvering and life in the White House in this interesting drama.

David Boreanaz plays Jason, an Elite Navy SEAL. Each episode immerses you in the world of the country’s most elite fighting force as they train, organize and carry out secret, dangerous missions. The high-impact stunt scenes have earned the show an Emmy nomination for Outstanding Stunt Coordination for a Drama Series, Limited Series or Movie in 2019.

Switch things up with a reality TV show about drag queens competing to become “The Next Superstar Drag Queen of the World.” Host and creator RuPaul is best known for his song, “Supermodel (You Better Work)” and entertains viewers with weekly challenges scored by RuPaul and celebrity judges. You’re in for drama, laughter and suspense as competing drag queens fight to come out on top.

The show is an adaptation of the 2011 film starring Bradley Cooper as Eddie Morra. Cooper executive produces the TV series about Brian Finch, a man who took a drug called NZT and develops superintelligence. He uses his new-found powers to work with FBI agent Rebecca Harris to solve her cases. Cooper reprises his role as Morra in the pilot to introduce the show.

CBS All Access makes it possible to watch live TV and on-demand shows. When you’re ready to explore some good shows on CBS All Access, you’ll be able to watch them wherever you may be on the following devices:

There are tons of good shows on CBS All Access to explore and watch. The subscription plan is well worth it if you want to catch up on the best TV series from CBS and other cable channels, including VH1, MTV, Nickelodeon and Comedy Central — all in one place.