The video streaming market is becoming increasingly saturated as people prefer to watch TV and movies on-demand over traditional cable. As the competition heats up, service quality improves and viewing options expand.

Netflix first proved the power of on-demand TV when it started out with DVD rentals then launched its streaming service in 2007. It has since grown to more than 158 million subscribers worldwide, which would make it the eighth-most populated country in the world, ahead of Russia, Mexico and Japan.

Many services have since looked to get in on the action, of which the biggest historical rival is Amazon Prime Video. Amazon first moved into the instant video space when it launched its Netflix competitor service in February 2011. Amazon Prime Video now has around 50 million subscribers. Hulu emerged on the scene back in 2008 as a joint ABC and FOX venture to take their broadcasts to on-demand audiences. It now has 28 million subscribers.

The latest entrant to this busy space is Disney+, which got started on November 12, 2019, with a huge back catalog of classic programming and on-demand movies. So, how do you figure out the best on-demand streaming service?

We compared these four services based on price, number of available on-demand movies, TV on-demand choices, whether they provide offline downloads, simultaneous streams and their original programming. We also compared the quality of their original content based on the ratings they received from IMDb and Rotten Tomatoes, plus awards like Emmys and Oscars they’ve been nominated for and won.

Finally, we looked at IMDb’s lists of the top 250 TV shows and movies, which combine user ratings and popularity to determine its rankings. We counted how many titles each on-demand streaming service had in both lists to gauge their overall quality. Here’s how they compared:

The best on-demand streaming services for 2020

*Pricing per month plus taxes for length of contract. Additional fees and terms may apply. Pricing varies by location and availability. All prices subject to change at any time. May or may not be available based on service address. As of 01/12/20.

All of these services have huge libraries packed with great content options. Amazon Prime Video leads the way in sheer volume with more than 25,000 titles, followed by Netflix with over 5,000 and Hulu with around 2,500. Newcomer Disney+ can’t compete on volume yet, with fewer than 1,000 movies and TV shows on its platform.

But while Prime Video has five times as many movies and shows as Netflix, the evidence suggests that those numbers are a bit hollow. It still had 20 fewer TV shows in IMDb’s Top 250 list, and 12 fewer movies. Even when compared to the TV-focused Hulu, Netflix still had more popular shows.

Part of that is Netflix’s significant investment in original content. The company is expected to have spent $15 billion on content in 2019 — $9 billion more than any other service — of which 85% most likely went into original content.

Netflix has approximately 1,200 original titles in its library, more than 10 times the total of its nearest rival on this list. In comparison, Amazon Prime Video has 164 original titles and Hulu, 57. This focus will become increasingly important as the likes of Disney, NBC and WarnerMedia all launch and expand their own streaming services and begin to take their own programs away from Netflix.

Not all of Netflix’s original shows and movies are hits, but the sheer volume of them means they have plenty of success stories. It has more Oscar wins and nominations than any other service in the past seven years, and its Emmy count only trails HBO.

It’s difficult to compete with Netflix’s original programming roster, which includes hugely popular shows like The Crown, Ozark, and Stranger Things, as well as eye-opening documentaries such as American Factory, Fyre and Knock Down The House.

Where Netflix really excels is in creating high-quality original movies, including recent releases like Beats, Bird Box, El Camino: A Breaking Bad Movie and The Irishman. Amazon Prime Video has produced a few popular movies like The Big Sick, Logan Lucky and Manchester By The Sea.

Disney+ launched with two new original movies on its roster, Lady and the Tramp and Noelle. The Willem Dafoe-led Togo debuted in December 2019. Hulu premiered its first two original movies in 2019, zombie comedy Little Monsters and psychological horror film Wounds. Netflix also dominates in terms of the quantity of original movies. The platform had 596 original movies available at the time of writing, in comparison to Amazon Prime Video’s 42 and Hulu’s 10.

Finally, Netflix leads the way when it comes to 4K content, too, with 729 titles currently available, followed by Prime Video (116 titles) and Hulu (82 titles).

With plans starting at just $5.99/mo., Hulu is the cheapest of the major on-demand streaming services. To get that low price, you’ll have to sit through about ten minutes of commercials per hour — not quite as bad as cable, but still pretty rough if you’re used to ad-free services like Netflix. If you’d rather bypass commercials, you can upgrade to Hulu’s ad-free plan for $11.99/mo.

While Amazon Prime Video dominates when it comes to the sheer quantity of content available and Netflix rules the roost on original programming, Hulu’s original content actually has the highest average ratings from users and critics.

When it comes to original content, Hulu’s content receives an average of 79% from Rotten Tomatoes audiences and 78% from critics — both higher than any other service. And while its average IMDb audience rating is slightly lower than Prime Video and Disney+, its overall scores for original content are extremely impressive.

With five times as many movies and TV shows as any other on-demand streaming service, you’d expect Prime Video to be the best streaming service overall. But there are surprisingly few well-known titles in it’s library of 25,000. It only has 21 movies and 53 shows from IMDb’s Top 250 lists — behind Netflix in both categories.

One area where Amazon Prime Video stands out is its scripted comedy shows. It doesn’t have too many — 19 in total, by our count — but it has created several critical and audience favorites such as Catastrophe, Fleabag and The Marvelous Mrs. Maisel, which has been nominated twice for Outstanding Comedy Series at the Emmys and won once. Furthermore, Amazon Prime Video has won a total of four Emmys for its comedy shows over the last six years.

Netflix has nearly twice as many original comedy shows on its platform, but they aren’t rated as highly as Amazon Prime Video’s offerings. Amazon Prime Video has an average rating of 7.5 out of 10 on IMDb. Rotten Tomatoes viewers and critics give the service’s comedy offerings scores of 85% and 84%, respectively. In comparison, Netflix’s comedy shows have an IMDb rating of 7.2 out of 10 and a Rotten Tomatoes score of 82% from audiences and 80% from critics.

Hulu is very competitive with Amazon Prime Video when it comes to original comedy content, scoring 84% and 86% from audiences and critics on Rotten Tomatoes. It’s level with Netflix’s 7.2 out of 10 rating on IMDb.

The newest streaming service on this list, Disney+ made a huge splash right away with the mega-popular Star Wars spinoff The Mandalorian. This type of show has largely been its calling card so far: family-friendly content from franchises that are already beloved.

That said, given its recent entry into the streaming market, Disney+ currently lacks in original movies overall, but it does have around 30 new films in the works. These include Timmy Failure: Mistakes Were Made, which will be released in February 2020, and Stargirl, which will be out in early 2020, plus five new movies with yet-to-be announced release dates.

The service has 19 further movies in development, including remakes of Cheaper By The Dozen, Father of the Bride, Home Alone, Night At The Museum and The Parent Trap, as well as Hocus Pocus 2, a new Peter Pan movie and Sister Act 3. It also has an untitled Mickey Mouse documentary on the way, as well as one on Aladdin and Beauty and the Beast lyricist Howard Ashman, which should be ready to go in 2020. Disney+ will also have the global streaming rights to the critically-acclaimed National Geographic documentary Science Fair, which has won awards at the Sundance Festival, SXSW and the Emmys.

Disney+ only has two new original series currently available, but it does have around 50 in development. This includes series based on Ice Age, The Mighty Ducks, True Lies and Turner & Hooch. The service will also have a third season of Lizzie McGuire, a new series of The Muppets and an animated Chip ‘n’ Dale show. Disney+ will also be launching a seventh season of Star Wars: The Clone Wars, a Star Wars: Jedi Challenge game show and an Obi-Wan Kenobi series. There will also be plenty of new programs for Marvel Studios fans to enjoy, including The Falcon and the Winter Soldier, Moon Knight, Ms. Marvel and She-Hulk.

There’s a staggering amount of on-demand content available to enjoy, and an increasing number of streaming providers to consider. Disney+ arrived on the scene with Apple TV+ in November 2019, and they’re set to be joined by another big player when HBO Max launches in May 2020. Each platform offers its own niche and advantages.

This can make the task of determining the best on-demand streaming service difficult. The key is to select a platform that meets your personal requirements as most providers have enough content to keep viewers busy for years. 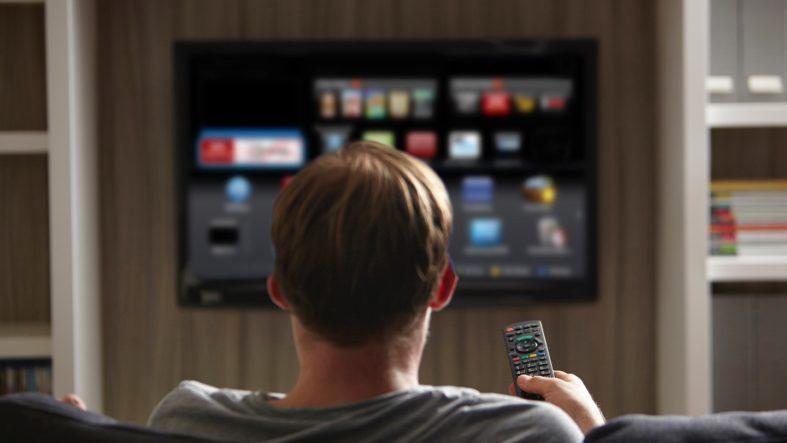 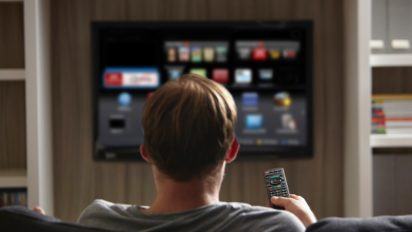 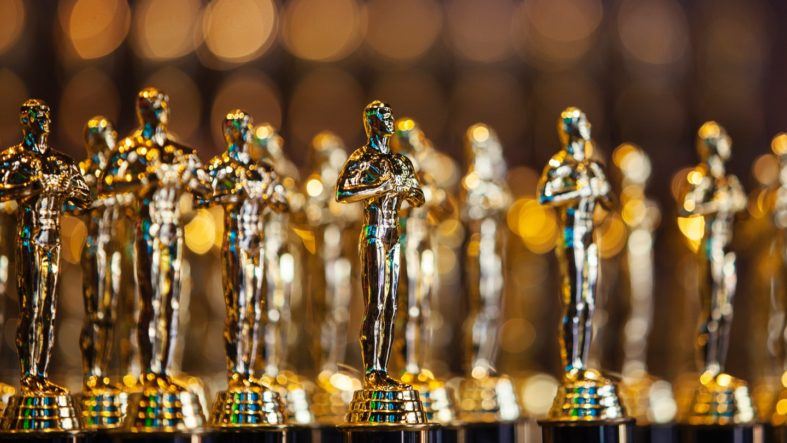 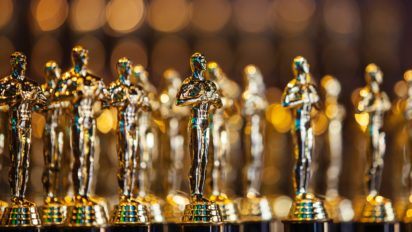 Netflix pulled in 24 nominations for the 2020 Academy Awards, more than any other studio. Here’s why it won’t be the last time that happens. Read more