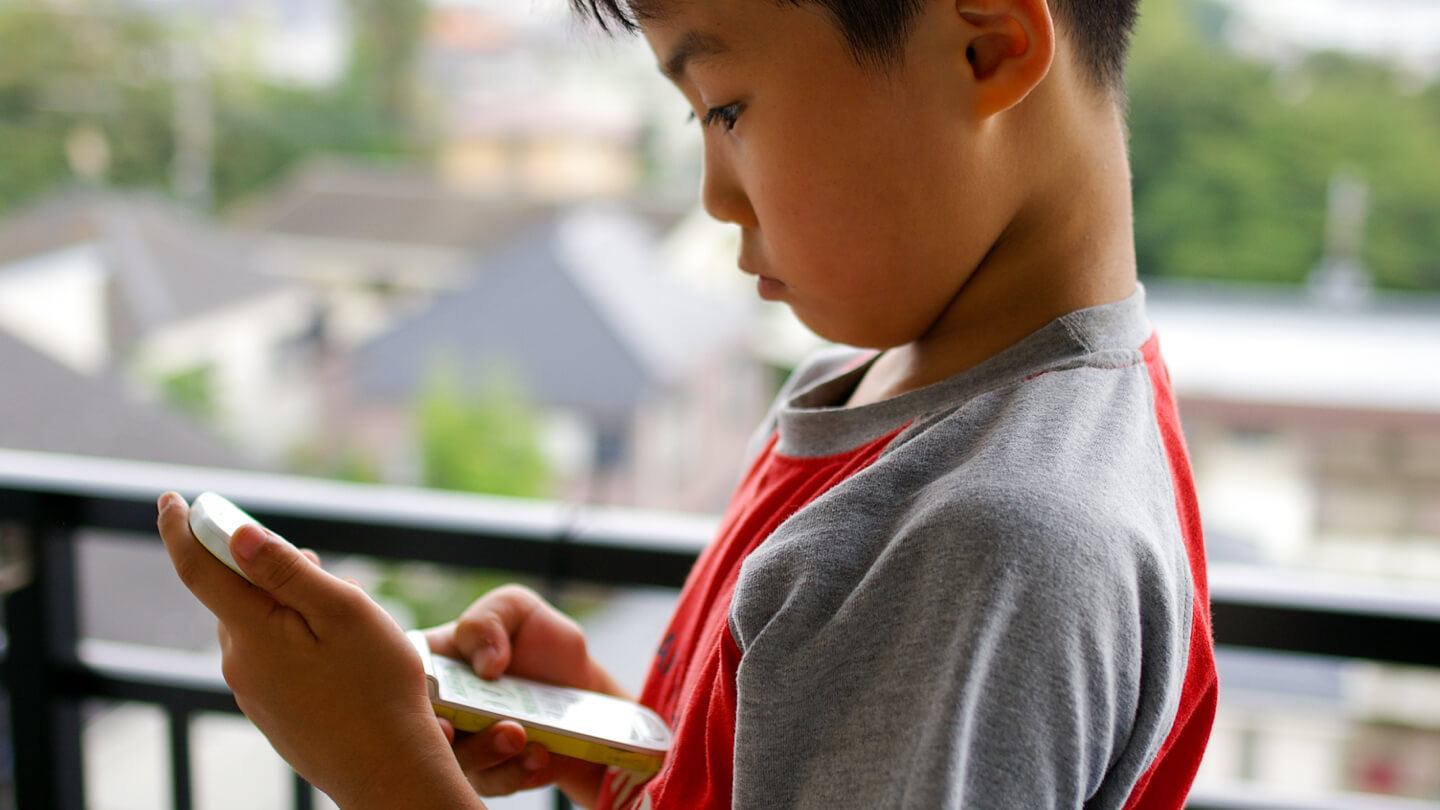 You might love the splashy look and cool designs of the latest smartphones, but for many people, a flip phone offers advantages that can’t be overlooked. They’re simple, easy to use, durable, compact and can usually hold a charge for days at a time.

They’re also great for the budget conscious. Most flip phones cost well under $100, and in many cases you’ll be able to get one for free via one of your carrier’s plans. Flip phones tend to be more popular with prepaid providers rather than larger carriers like Verizon and AT&T. And even though you can’t really surf the internet well on most traditional flip phones, if you do go with a data package, it won’t be any cheaper because you’ve chosen a flip phone.

Keep in mind there are also folding touchscreen smartphones on the market, if you like the “flip” feature in a phone, but really want to comfortably access the web.

If you want to opt out of the smartphone cycle without losing core features like map navigation and web browsing, the Nokia 2720 offers the best compromise. Typically priced around $125, it has a classic flip phone design and a battery that will last for days on a single charge.

You won’t have to sacrifice too much in the way of performance, either. The Nokia 2720 can connect to both 4G LTE networks and Wi-Fi, and you can even use its Bluetooth to pair headphones or speakers. That said, you’ll still have to type everything out on a T9 keyboard, so the experience can be frustrating if you plan on using apps often.

But for its price point, the Nokia 2720 is a fantastic all-around flip phone for most people. You can easily connect to the internet when you need to, but it’s not so convenient that you’ll be reaching for it non-stop.

Learn more about the Nokia 2720 Flip

The Sonim XP3’s camera can’t compete with the latest iPhones or Samsung Galaxies, but if you just want to take some decent photos, it works surprisingly well for a flip phone. It has a 5-megapixel camera, which is more than double what you’ll get from most basic phones. These photos won’t be competing for spots in National Geographic — for comparison, the iPhone 12 has a 12-megapixel camera — but the Sonim XP3 does a fine job of capturing everyday moments.

The XP3 is also known for its durable design. It’s certified IP68 waterproof, which means it can withstand dust, dirt and sand, as well as submersion in water of five feet for up to 30 minutes. One reviewer from PCMag even “kicked it around like a hacky sack, leaned my full weight on it when the flip was open, and dropped it onto hard surfaces numerous times.” The XP3 came out undamaged.

If you’re looking for a rugged phone that can capture your outdoor adventures reasonably well, it’s hard to find a flip phone as strong as the XP3 for under $200.

Learn more about the Sonim XP3

The Lively Flip is a basic flip phone that is available from GreatCall and is designed as an ideal flip phone for seniors. You’ll find it a bit larger and heavier than most flip phones, but that’s due to the larger buttons and display. In addition to the larger 3.2-inch inside display the Lively Flip also features a small 1.44-inch external display that shows incoming calls and texts as well as the date/time and whether 5Star is enabled.

The phone includes a built-in flashlight, with a button on the right side of the phone to turn it on, which we thought was very handy. Opening the phone gives access to the large keys and the display, which is very bright, with large defined text that should be easy to read in almost any conditions. One thing we weren’t crazy about was the construction material, with the case made of plastic. It’s probably not a big deal for most seniors, however, since they may not be as hard on their phones as the younger crowd.

In addition to the clear and easy to read display the phone also features powerful speakers to ensure conversations can be clearly heard, and the Lively Flip is M4/T4 hearing aid compatible.

While the phone is meant for use only through the GreatCall network, which we find to be a bit of a negative, they use the Verizon network for their service, which gives the phone a great network and connectivity. When 5Star service is added, the phone will provide emergency personnel with a location via Wi-Fi and GPS.

The battery life of the phone is quite good, clocking in at 10 hours of talk time and several days of stand-by. The camera is also fair, with a 2-megapixel lens. The weakness of the camera seems to be low-light photography.

Overall, this is an ideal flip phone that will make calls and texts, connects to emergency services and is simple to use.

Learn more about the Lively Flip

Motorola released the Razr V3 in 2004 and set the standard for flip phones at the time, selling more than 50 million units. Now, a decade and a half later, it’s a cool conversation piece — and we don’t mean simply to talk with others.

While you aren’t going to get many of the modern smartphone features with the Razr V3, what you will get is the sleek, razor thin design that has pretty much set the tone for mobile handsets over nearly two decades. And it all begins with that easily recognizable razor-thin aircraft aluminum case.

There’s that little postage stamp-sized display on the outside that shows the time/date, signal strength, battery life and caller ID for incoming calls. Flip it open and you’re presented with a 2.5-inch display screen. Given the age of the device, the screen is surprisingly sharp and crisp, showing pictures at their best. It’s even easy to view in bright lighting conditions.

Below the screen are the unique keypad and navigation controls, which are flush with the case as a way to get the Razr so incredibly slim. There are talk and end buttons as well as a button dedicated to accessing text and web browsing. In addition to those, there’s a five-way toggle that is a shortcut to four user-defined features.

The phone itself allows for up to 1,000 contacts to be stored, with an additional 250 possible on the SIM card. You also get text and multimedia messaging, MP3 file support, a calculator and support for POP3, SMTP, and IMAP4 email. Plus the battery life is commendable with seven hours of talk time or 12 days in standby.

The only downside is that Motorola doesn’t make the phone anymore, so you’ll have to buy a refurbished model through a third-party seller. This can be a trickier process than simply buying a phone from your carrier, and you’ll want to ask a few questions. We cover everything you need to know in our guide to refurbished phones.

Feature phones were once all the rage, and while that era is gone for now, the feature phones that were spawned aren’t all missing. That’s because some users truly appreciate the utter simplicity of this class of handset. Take the Alcatel MyFlip as an example.

Smartphones are great, but the MyFlip offers users the design and simplicity of a bygone era. The MyFlip fits easily in nearly any pocket. In contrast to the small size of the phone, the keys have been placed far enough apart that there are no problems when typing on the keypad.

The MyFlip display is 2.8-inches, not comparable to modern displays, but a good size for this little flip phone. There’s also a 2-megapixel camera that comes with the phone, but there’s no flash so you’ll need good lighting to capture any photos.

One unexpected feature is the 4GB of internal memory, which is expandable to 16GB using an external SD card. There’s also a basic Qualcomm Snapdragon 210 processor, which makes the 4G capabilities of the phone a possibility. Battery life is also excellent, with 10 hours of talk time and over 11 days of standby time.

Overall the MyFlip is a solid handset for those who appreciate simplicity and the sleek designs of a past era.

Learn more about the Alcatel MyFlip

You’ve probably never heard of the Ushining brand, but that’s no reason to rule it out as a cheap flip phone option. While it won’t work on Verizon’s network, it’s a good match for the AT&T and T-Mobile 3G networks, or any of the discount carriers that use these networks, all at a good price.

The design is similar to the classic flip phone, and while the body is plastic, the phone itself functions just as well as any of the other phones included in this review. It could be a good choice for children or seniors, with its large, clear buttons and simple usage. It also performs well as a backup phone that you might want to keep in your glove box or in a bug-out bag for emergencies. Battery life is pretty good, with up to four hours of talk time and roughly six days standby.

As you might expect for such a simple budget phone the camera isn’t the best, but this isn’t a photography phone. The phone does support the use of external SD cards and can be expanded to 32GB of storage for tons of music storage. The phone also supports Bluetooth and acts as a radio.

Learn more about the Ushining F230

The GO FLIP™ 3 by Alcatel has a 2.8-inch display which is big enough for reading and responding to emails, but might make you think twice about using your favorite social media sites. And you can use the phone as a mobile hotspot when needed, which can be helpful when you’re somewhere without Wi-Fi.

Best of all, the battery life far outperforms most fliphones. One test recorded more than seven hours of talk time on a single charge, and you can expect it to last for more than a few days in standby mode.

The phone remains simple to use, as should be the case for a flip phone. There are large, backlit buttons as well as dedicated buttons for the camera and the texting feature. With 8GB of internal storage that can be expanded with an external SD card, you’ll have plenty of room for all the music and pictures you need.

One downside to the phone is the weak camera. It’s a 2-megapixel model, and the images leave something to be desired.