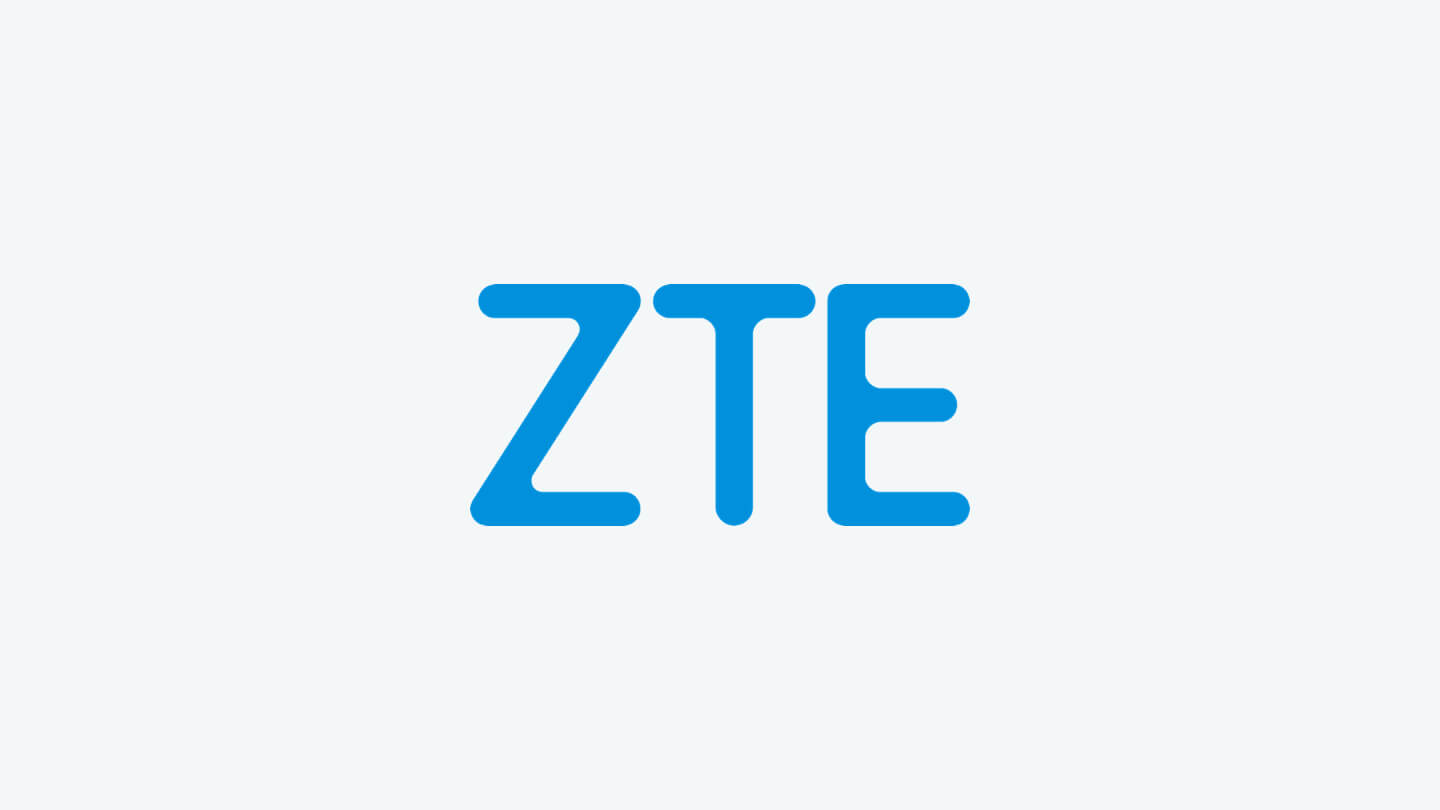 ZTE is a Chinese manufacturer of cellphones. If you haven’t heard of the brand before that’s likely because the company has been under intense scrutiny from the U.S. government over the past few years due to claims that it is including parts and software in its phone that could be considered a national security risk to the U.S.

The company has faced bans and fines of up to $1 billion from the U.S. government, and despite struggling financially, remains a popular smartphone choice for the more budget-minded consumer.

Unfortunately, effective until May 2021, the phones remain under censure by the U.S. government, and you won’t find them at AT&T, Verizon or T-Mobile. We did see some of the ZTE handsets available through prepaid carriers like Visible, Total Wireless and Straight Talk Wireless. That aside, it is possible to purchase unlocked ZTE phones from Amazon. However, you might have problems activating or using these phones with any of the major U.S. carriers since some of them are not compatible with the CDMA networks.

The ZTE Blade A3 Prime is one of the most recent additions to the Blade phone family. Made for Verizon’s prepaid Visible brand, it is a sub-$100 phone that acts like a mid-range handset. It is also the only ZTE Blade we came across that ships with the newest version of Android pre-installed. It has basic specs like a 5.5-inch display, 2GB of RAM and 32GB of internal storage. It also comes with a fingerprint sensor, which is something new for ZTE handsets.

There’s a removable battery, which is a nice throwback, although it is an underpowered 2,660 mAh (milliamp hour) version. There are also dual cameras, with the rear-facing lens delivering 8 megapixels and the front-facing selfie lens delivering 5 megapixels. For comparison, the latest iPhone has 12 megapixels on both the front and back cameras.

You can get the Blade A3 Prime from Visible for just $59, which is a fantastic price for a basic, but solid smartphone that not only allows you to talk and text, but also puts the whole internet right into your pocket.

The ZTE Blade A7 Prime certainly isn’t perfect, but it is pretty good for a smartphone that costs less than $100. It’s good-sized at 6.1-inches and gives you a resolution of 1560 x 720, for 276 pixels per inch. That’s fine for texting and some occasional reading, but the clarity is somewhat lacking, although the brightness and color are quite good.

The phone comes with 3GB of RAM and 32GB of internal storage that can be expanded to 2TB with an external microSD card. Surprisingly for a phone at such a low price point, the A7 Prime comes with a 16-megapixel rear-facing camera and a 5-megapixel front-facing selfie camera. Both perform well in good light, but struggle in low light conditions.

Made specifically for Verizon, the phone is carrier locked, so you can’t just buy it and take it anywhere. You can get the Blade A7 Prime at Verizon’s prepaid Visible label for just $79, a price that’s tough to beat for a phone with these specs.

The ZFIVE C LTE is one of ZTE’s older models, and also one of the least expensive phones available. It was released in March 2018 and is one of the more basic cellphones on offer, even from ZTE. With a small 5-inch display it also underwhelms with just 1GB of RAM and 8GB of internal storage. It does come with dual cameras and the rear camera has a 5-megapixel lens, while the front-facing camera is a 2-megapixel lens.

The phone ships with Android Nougat 7.1.1 and a relatively weak 2,200 mAh battery that won’t hold up to much in the way of video streaming. The really good news is you can find the phone for just $40 at Straight Talk Wireless, or as little as $30 at Total Wireless.

The ZTE Blade 10 Prime is one of the newer handsets from ZTE and it is a good smartphone for under $200. The phone has a MSRP of $179 and you get quite a bit for that price, such as a 6.3-inch display that looks as if it belongs with a more expensive mid-range phone. Resolution on the display is a crisp 2280 x 1080 at 401 pixels per inch.

The phone reportedly does very well with network speeds and call quality, which is a big plus in a budget phone. It’s got a slightly underwhelming 3GB of RAM and 64GB of internal storage, but you can add a microSD card for up to 2TB of storage. It also comes with dual cameras, a rear-facing camera with a 16-megapixel primary lens and 5-megapixel secondary lens as well as a 16-megapixel front-facing selfie camera lens. All perform well in lighted situations, but struggle a bit with low light.

On the downside, the Blade 10 Prime comes with Android 9 and it isn’t likely to get an upgrade to 10. When Visible had the handset it sold for $216 there, but it is currently difficult to find.

The ZTE Visible R2 was made exclusively for the Verizon prepaid label Visible. It comes with a 5.45-inch display, as well as 2GB RAM and 32GB of internal storage. It uses the Qualcomm Snapdragon 425 chipset, not the best in the world, but a fairly common chipset for budget cellphones. The phone also comes with a dual camera setup, one rear-facing 13-megapixel lens and a front-facing 5-megapixel selfie lens.

Right now Visible isn’t listing the ZTE Visible R2, but when it becomes available again there’s a good chance they will offer it for free if you swap out an old phone or for $19 as long as you use it with a Visible plan.

The ZTE Blade Vantage 2 is the successor to the popular Blade Vantage model, and it was developed for sale on Verizon’s network. That said, it is only for use with prepaid plans, not unlimited plans. It’s one of the only ZTE phones designed to work on Verizon’s CDMA network.

It’s definitely on the weaker side of the cellphone spectrum. It comes with a small 5-inch screen and just 2GB of RAM. There’s only 16GB of internal storage, and while there are dual cameras, the rear-facing camera is a 5-megapixel lens, and the front-facing selfie lens is a 2-megapixel lens.

At just $50, it’s a good deal and works well for those who are simply looking for a prepaid phone. That gets you a solid phone which works on the Verizon network, and allows you to avoid a monthly unlimited plan that hits you in the wallet on a regular basis.

The ZTE Blade Max is one of the larger ZTE handsets, with a 6-inch screen and 2GB of RAM. It runs on the Qualcomm Snapdragon 435 chipset, which still isn’t all that powerful, but after all, this is still a budget cellphone. It has 32GB of internal storage, and a pretty powerful 4,000 mAh battery that should last all day on a single charge, even for power users.

One of the downsides is the handset ships with Android 7.1.1 Nougat, although an upgrade to Oreo is coming. That still leaves you behind though. If you can live with the older version of Android, you can pick up this cellphone for as little as $119.99 new on Amazon.

The obvious benefit to the ZTE line of phones is the price point. Many are under $100 and some go as low as $19 even without requiring an unlimited plan and 24 months of payments. For less than $100, you won’t get the latest and greatest phone or specifications, but you will get a solid phone that works well and gives you talk, text and internet access.

If you are a person who needs to impress others with the latest mobile device, then the ZTE handsets aren’t for you. But if you appreciate value and basic performance over looks, then ZTE could be a good choice for you.