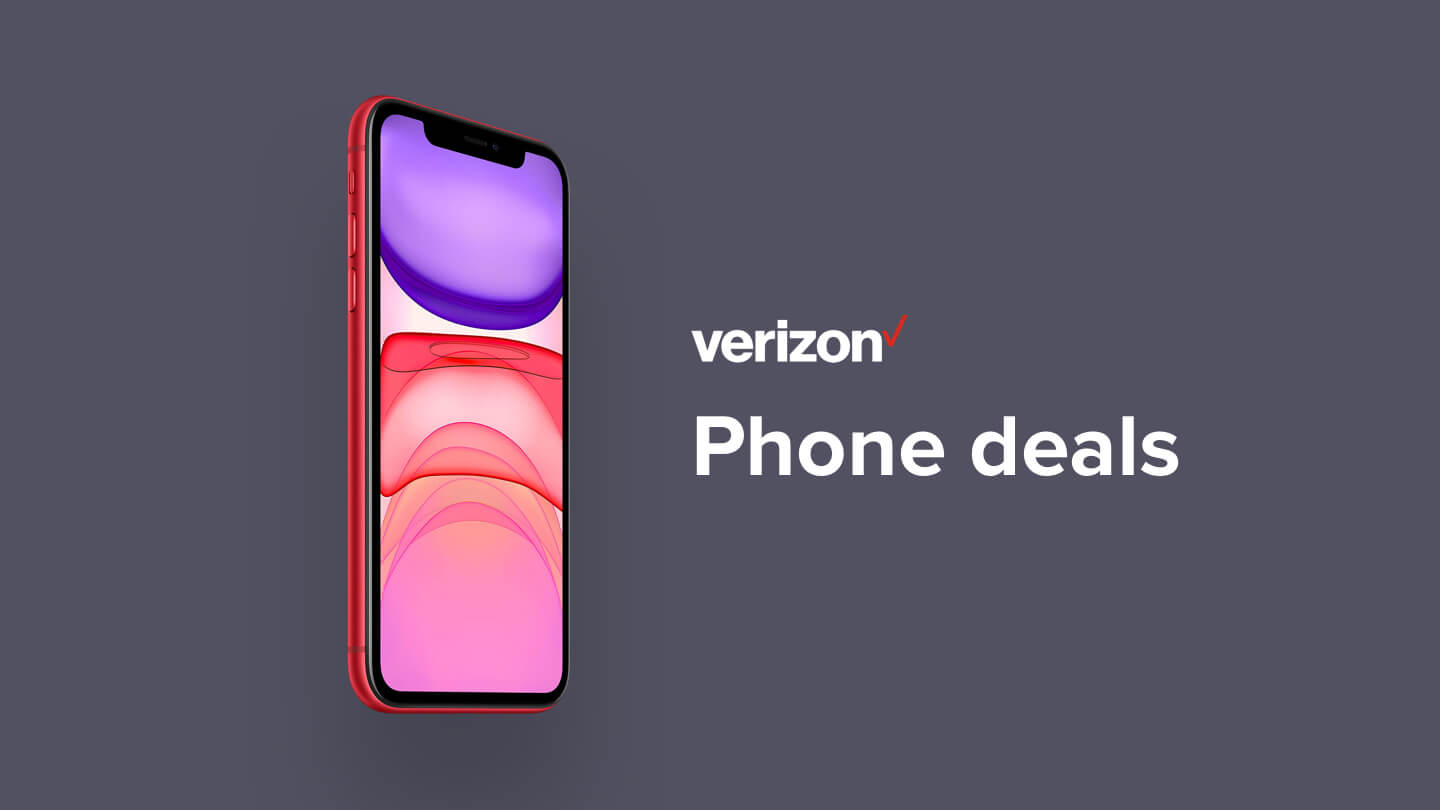 Verizon is known for its excellent coverage and wide range of unlimited data plans, but it also has some of the best deals on phones of any carrier. Of course, they’re almost never as good as they seem at a glance. We combed through the fine print to show you exactly what you need to know to get the best deals on Verizon’s phones. Overall, we found Verizon’s prices to be slightly better than T-Mobile’s, but not as good as AT&T’s.

To take advantage of deals on Verizon phones, you almost always have to switch from another carrier or add a new unlimited data line. If you’re in that boat, you can get many of the latest phones heavily discounted, or even entirely free. There are also some opportunities to save when you bring in an older phone to trade in. But again, these deals are generally limited to new customers or those adding a new line.

Finally, almost all Verizon phone deals only apply when you commit to a 24-month, interest-free contract on your phone. You’ll generally have to pay the sticker price if you want to pay for the phone upfront. If you want to switch to another carrier after paying off a phone with Verizon, its phones are fairly simple to unlock.

With the exception of AT&T, Verizon’s iPhone prices are some of the lowest you’ll find anywhere. Right now, Verizon’s best iPhone deals are on the 11 Pro and 11 Pro Max. There is a long list of caveats, but it is possible to get these phones for free when you switch to Verizon from another carrier. Even if you don’t get an entirely free phone, you’ll probably be able to save some money no matter what. Here’s how you can save on both phones when you order online:

One of the most expensive phones around, you can currently get Samsung’s Galaxy Z Fold2 5G for $800 off the $2,000 sticker price. Like most deals on Verizon phones, you’ll have to trade in an eligible phone and open a new unlimited line to get the full savings.

If you’re looking to get the latest iPhone for free, Verizon currently has a great deal going on the iPhone 12. Like the iPhone 11 Pro deals, you’ll have to trade in an eligible device and open a new line on the Above, Beyond, Do, Play or Get Unlimited plans. $550 will be applied to your trade-in, and you’ll get another $250 in the form of a Verizon gift card, which you can use to pay your monthly bill.

This is another Verizon deal that gets you a new phone entirely for free. Actually, it’s better than free — Verizon will actually give you $100 if you trade in an eligible phone and open a new unlimited line. Released in October 2015, the Google Pixel 5 retails for $700. Like the deals listed above, you’ll get $550 for a trade-in and $250 for opening a new unlimited line.

It’s not the flashiest Verizon phone deal around, but there are virtually no strings attached. All you need to do to get a free 64GB iPhone SE is open a new unlimited line with Verizon — no trade-in required.

There are a number of Google Pixel deals available through Verizon right now, but they all require opening a new unlimited line. When you buy any new smartphone over $550 with monthly payments and activate a new unlimited data line, Verizon sends you a $150 gift card, which you can then use on your monthly bill. You can also get up to $550 credited to your account when you trade in an eligible phone.

In most cases, Verizon’s Samsung Galaxy phones cost about the same as retail price. But it does have some notable deals, including a free Samsung Galaxy A51 when you open a new unlimited data line.

Verizon also has a “buy one, get one free” deal going with Samsung Galaxy phones when you open a new line and purchase two Samsung Galaxy S20 or Note10 series phones with monthly device payments. You’ll get $1000 (for S20 series phones) or $950 (for Note10 series) credited to your account over 24 months when you open a new Above, Beyond, Do, Play or Get unlimited plan. That credit goes down to $500 with other unlimited plans.

Verizon has several smartphones around the $100 mark, but you can only get them for this low price when you open a new Unlimited line. If you’re already a Verizon customer, you’ll have a tough time finding phones for much less than the retail price.

That said, some models are just cheap to begin with — no new lines or contracts required. Here are some of the cheapest phones you can get through Verizon right now:

These generally aren’t the latest and greatest models. None of them are compatible with 5G, and they’re typically a couple generations removed from each brand’s newest phones. If you want to get a new phone for cheap these days, you’ll almost always have to open a new line or switch to a different carrier to take advantage of their deals.

Right now, you can get a handful of smartphones for free without a trade-in when you switch to Verizon or open a new line on an existing account. You’ll also need to commit to two years of service, as the credit for the phone is applied over the contract length. If you switch service before that term’s up, you’ll have to pay whatever would have been left on your phone. Here are all the Verizon phones you can get for free right now:

Verizon currently has 49 prepaid phones available, including the latest iPhones and Samsung Galaxy phones. But because you’re paying entirely upfront, these are the opposite of deals — you won’t be able to take advantage of the discounts that come when you commit to a 24-month phone payment plan. In other words, you’ll always pay the retail price when you go with a prepaid phone. These phones only work with Verizon’s prepaid plans, too. That means you won’t be stuck in a contract you want to get out of, but you’ll pay a little more for that freedom.

Believe it or not, you don’t have to get a smartphone. Verizon has seven basic flip phones to choose from, ranging in price from $80 to $240. Unlike Verizon’s smartphones, you won’t get any discounts for paying over the course of 24 months or adding a new line — Verizon’s flip phones have one price for everyone. Some of these phones do have the ability to access Verizon’s 4G LTE network, but you’ll still need to pay for a data plan if you want on-the-go internet access.

How much value you get from trading in your phone depends on a few factors: how old the phone is, what shape it’s in and whether you’re already a Verizon customer. Like all the deals on this page, you’ll save more money if you’re switching to Verizon from another carrier or opening a new line on an existing account.

As part of Verizon’s Annual Upgrade Program, you can also upgrade to a new phone after you’ve paid off half of your current phone. Verizon will then pick up the remainder of your old phone’s contract, leaving you free to purchase a newer model. Keep in mind, that new phone won’t be discounted at all — you just won’t have the old phone’s payments to deal with.